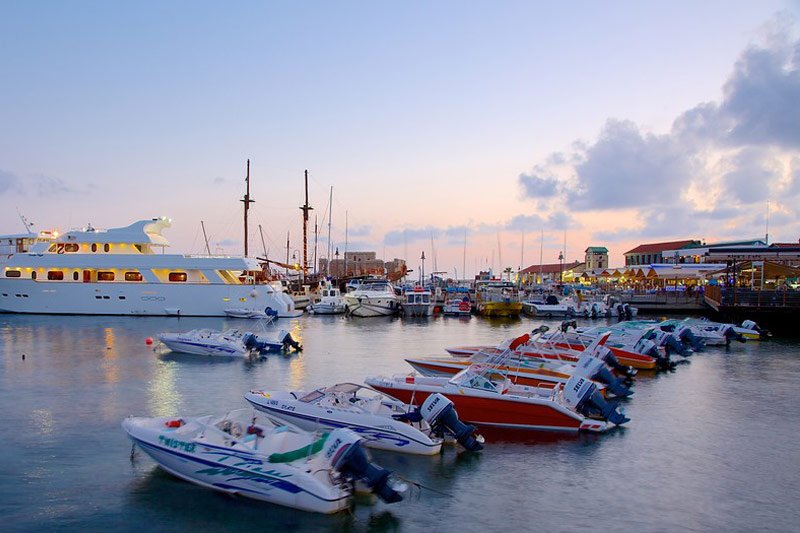 Three companies were shortlisted to proceed to the next phase in the tender for the long-delayed development of Larnaca port and marina on June 19, 2017.

During the next phase, the three companies will get acquainted with the details and terms of the tender so that they can proceed with submitting their proposals.

Redeveloping the run-down Larnaca marina and port has been in the pipeline for decades, but the project has been thwarted for years by the inability to find an investor with enough money to finance the project, a situation aggravated by the economic crisis in 2013.

The idea is to develop and privatise the Larnaca marina as well as the port situated right next to it. The aim is make Larnaca marina the largest in Cyprus with around a thousand berths, including some for superyachts.

The government has prepared a tender named Amphitrite – after the sea-goddess and wife of Poseidon – which analyses in detail the present conditions of the site as well as the legal, economic and technical issues for the proposed development framework.

In November, 2016, the government invited “expressions of interest” which were submitted in March. After the evaluation and bidding process is completed, the winner should be announced in mid summer. However, interested parties may appeal against the decisions.so a construction start date is impossible to predict.

Investors who made it to the bidding stage were required to submit a detailed business plan which included a development plan, a masterplan, adequate funding commitments and a binding offer for the concession of the area.

The tender process envisions the marina as the largest in Cyprus, hosting up to 1,000 boats while the land around it has been estimated at 98,000 sqm, with a building coefficient of 40 per cent.

The plan specifies that the total area to be developed measures 510,000 square metres, which includes the Larnaca port and marina as well as an undeveloped surrounding area.

According to the terms of the process, the port area will be split into two.

The northern part will be slated exclusively for port operations, while the southern part will cover an area of 185,000 sqm with a building coefficient of 120 per cent. This part may be used for large cruise ships as the new plan includes berths for giga yachts and cruise ships.

General terms for the development allow for the construction of high rise buildings up to 15 floors.

Investors will have the option to build residences, shopping areas, offices, restaurants, recreational or sports venues.

According to the government tender, the present infrastructure of both the port and marina are in poor condition, and major restructuring will be required.

The study proposes the substantial revision of the city plan to facilitate the development of projects desired by both the state and the city council and has suggested increasing the building coefficient from 30 to 40 per cent.

Despite the saturation of the Larnaca real estate market, interest in sea-front properties remains high especially if one keeps the government’s citizenship for investment policy in mind, the study said, adding that Larnaca also has the advantage of not being a victim of seasonality like other tourist areas, is safe and close to the airport.

The report mentions that Cyprus is in a favourable position to act as a stop for cruise ships, being in the eastern Mediterranean and a single day’s sailing from destinations such as Rhodes, Crete, Antalya, Marmara, Alexandria and Port Said.

Although the prevailing political tensions in the Middle East have diverted cruise ships from Israel and Lebanon, the study is confident that the close proximity of the Larnaca port to the old town helps and permits short trips around the island to archaeological sites and other attractions.

At the same time, the distances between destinations favour the creation of berths for those mega and giga yachts so crews can stock up on supplies and refuel the vessels.

Past projects
The plans for the expansion and privatisation of the marina have been plagued by years of delays and failure to find investors. The government struck a deal with Zenon Consortium back in 2010 for a €700 million project to transform both the existing port and marina. The consortium failed to raise the necessary funds even though the government extended the deadline up to 20 times until 2015 when the deal fell finally through.

Transport Minister Marios Demetriades had said the government extended the deadline so many times because the project was so important for the future of the city.

In 2012, an agreement was signed under which the consortium had to come up with the money within six months. Following the economic crisis local banks set to bankroll the project pulled out. Though Zenon members proposed putting up an initial investment of €40 to €50 million from their own equity to get the project going, this was not sufficient.

The project incorporated development of a land area totalling 200,000 square metres, including the building of five star hotels, leisure and retail development.

The members of the consortium were Iacovou Bros, Petrolina, the Paraskevaides Group and GCC Construction. The plan was to allow luxury passenger liners to dock in the revamped and expanded port. The port was to be deepened and the quay lengthened. The project was divided into three phases with phase one and two, being set for completion within three years.

Planning and architecture were provided by the award-winning international design company Scott Brownrigg.

It was to begin with the creation of 500 marina berths and with provision for expansion up to 900 according to demand. A new yacht club was planned with facilities for events, dining and a large pool terrace situated at the centre of the marina with some low rise residential units being built around it.

Ecological ‘green’ tall residential buildings were planned with sky gardens, decks and pools between the marina and the port for cruise visitors and others.

Anastasiades ‘at risk of being carried away’ by election race