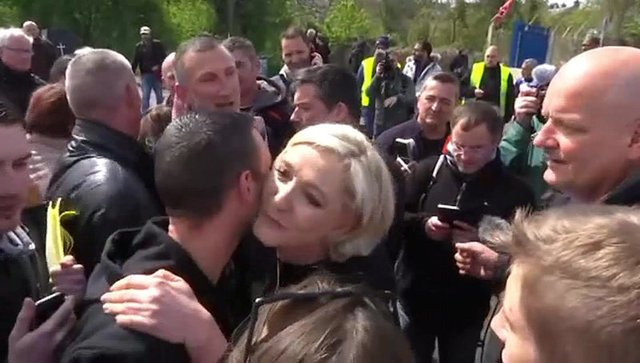 Far-right leader Marine Le Pen has made a more impressive start than favourite Emmanuel Macron to the last lap of the French presidential election, a poll showed on Thursday.

Macron, tipped in all opinion polls so far to win convincingly against the National Front chief on May 7, has made several potentially costly public relations missteps since they both qualified for the decisive run-off in a vote last Sunday.

The Elabe poll for BFM TV found that one out of two people surveyed considered Le Pen’s campaign had taken off well, compared with 43 percent for Macron.

Striking workers jeered Macron, a 39-year-old former economy minister, on Wednesday during a visit to the Whirlpool tumble-drier factory in his hometown of Amiens in northern France after Le Pen unexpectedly turned up there hours earlier and posed for selfie photos with people at the site.

As the French media acknowledged successful one-upmanship by Le Pen, her second-in-command said that she, in stark contrast to Macron, had refused to stand by as firms like Whirlpool sought to shift production out of France to cheaper countries.

“Mr Macron offers no hope. In this case, people cannot stand by and do nothing, they have to stand up and fight.”

Although Macron held his ground during Wednesday showdown over Whirlpool and the tension eventually eased, television channels repeatedly broadcast footage of the candidate being heckled, marking a stark contrast with coverage of Le Pen posing for photographs with workers.

She said in a statement on Wednesday evening that, if elected, she would not let the factory be shut down as planned in 2018 and she would bring it under state control for a time if necessary to secure its future.

“Marine Le Pen has said that, if need be, she could temporarily nationalise the factory to save the plant,” the candidate’s niece, Marion Marechal-Le Pen, also a National Front member and member of France’s parliament, told RTL radio.

With polls indicating Macron winning with around 60 percent of votes on May 7, he has also taken heat for seemingly acting as if victory were already in the bag.

Rivals and potential allies alike criticised his visit on Sunday night to an elegant Parisian restaurant for celebrations after coming out on top in the first round of voting.

The visit to the Left Bank brasserie made him an easy target for Le Pen’s campaign which seized on the incident to portray the former investment banker as a member of an arrogant political elite out of touch with the people.