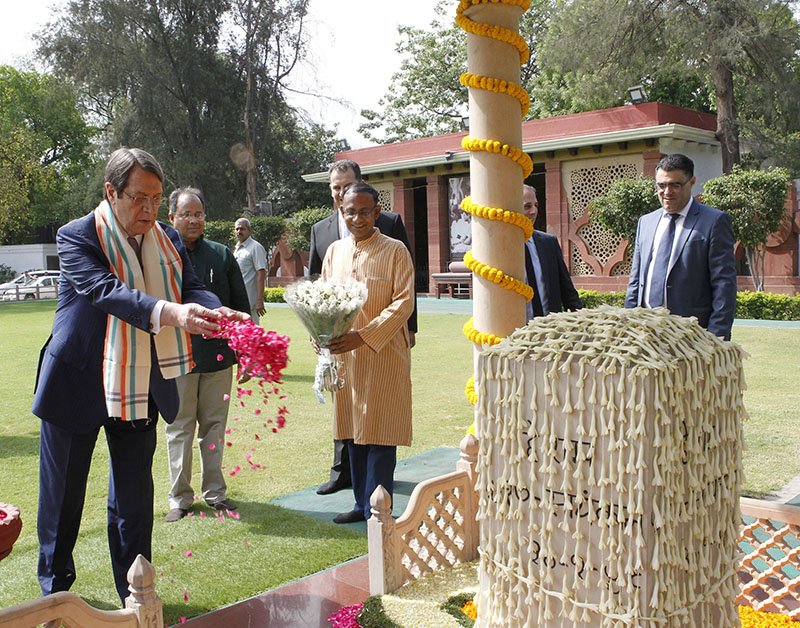 President Nicos Anastasiades, who arrived in New Delhi on Wednesday night, on Thursday morning visited the site of Mahatma Gandhi’s assassination (Gandhi Smriti) and paid tribute to the former Indian leader, including banging a peace gong at the site.

The President signed the visitors’ book writing he had deep respect for Gandi, who led “with the virtues of truth, peace and a stand against violence”.

He added that he was a leader who “not only led India to freedom but inspired the whole world”.

In the afternoon, Anastasiades will be the keynote speaker at an event organised by the Observer Research Foundation (ORF) think tank on The EU-India Strategic Partnership in the 21st Century; A Cyprus Perspective.

The President and the Cypriot delegation will later attend a working lunch hosted by the Prime Minister. After the lunch, the two sides will sign bilateral agreements.

Manchester derby is all about points not managers