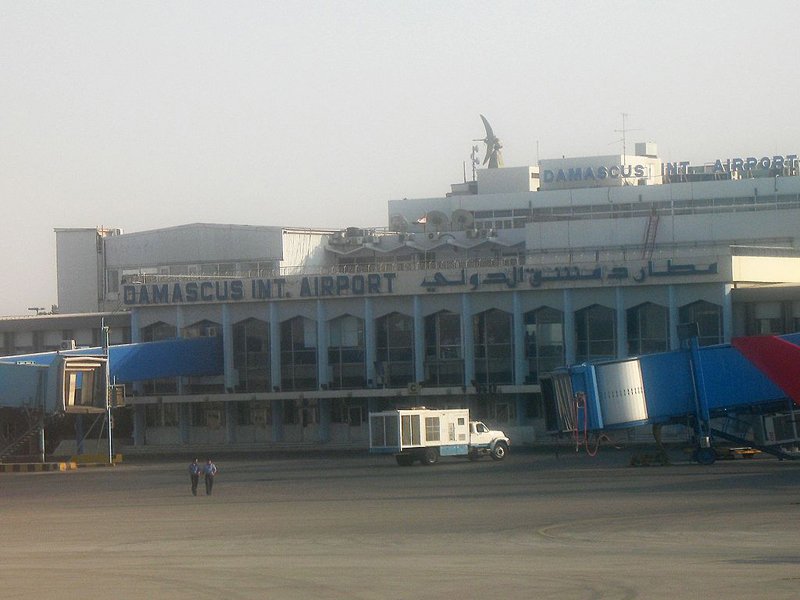 Syrian rebel and intelligence sources said Israel struck an arms supply hub on Thursday operated by the Lebanese Hezbollah group near Damascus airport where weapons from Tehran are regularly sent by commercial and military cargo planes.

Syrian President Bashar al-Assad is backed in the country’s six-year civil war by Russia, Iran and regional Shi’ite militias including Hezbollah, which is a close ally of Tehran and a sworn enemy of Israel.

Israeli Intelligence Minister Israel Katz, speaking from the United States, where he has been meeting U.S. officials, to Israeli Army Radio: “I can confirm that the incident in Syria corresponds completely with Israel’s policy to act to prevent Iran’s smuggling of advanced weapons via Syria to Hezbollah in Iran. Naturally, I don’t want to elaborate on this.”

“The prime minister has said that whenever we receive intelligence that indicated an intention to transfer advanced weapons to Hezbollah, we will act.”

Two senior rebel sources operating in the Damascus area cited their monitors in the eastern outskirts of the Syrian capital, where the airport is located, as saying five strikes had hit an ammunition depot used by Iran-backed militias.

Lebanon’s al-Manar television, which is affiliated with Hezbollah, said early indications were that the strikes hit warehouses and fuel tanks and had caused only material damage and no human casualties.

Israeli officials have previously said they view any movement of advanced weaponry to Hezbollah units in Syria as a “red line” that would prompt it to carry out air strikes or artillery fire in the past.

A senior regional intelligence source who requested anonymity said the targeted depot handles a significant volume of weapons sent by air Iran, a leading ally of Assad in the region.

The source said many of the arms are destined for an array of Iran-backed militias, led by Hezbollah, which have thousands of fighters engaged in some of the toughest fronts against Syrian rebels.

Pro-Syrian government media and the Britain-based Syrian Observatory for Human Rights early on Thursday reported a large blast near the airport and a resident of central Damascus, several kilometres (miles) away said it woke her from sleep.

The rebel sources said the attack caused a fire with flames appearing to come from a closed military area of the sprawling complex they believed was used by Tehran to supply weapons to Iranian-backed militias operating alongside the Syrian army.

The theatre becomes a land of dreams