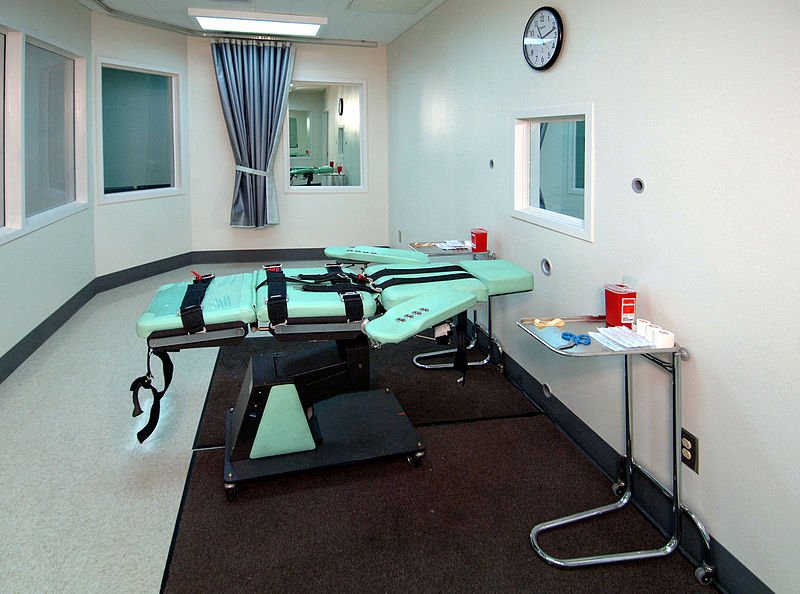 Arkansas on Thursday executed its fourth inmate in eight days, administering a lethal injection to a man who killed two people after escaping from a prison where he had been serving a life sentence for murdering a cheerleader.

Kenneth Williams, 38, was pronounced dead at 11:05 p.m. (0405 GMT) at the state’s Cummins Unit prison. The state, which had not held an execution in 12 years until this month, had already put three other inmates to death since April 20.

Pool media reports show that after the lethal injection process began, Williams was shaking and appeared to be gasping for air.

“There was no indication on his face of any pain, the lurching appeared to be involuntary,” according to a pool report from three media witnesses.

Arkansas had initially planned to execute eight inmates in 11 days in April, the most of any state in so short a period since the death penalty was reinstated in 1976. Four of those executions were halted by various courts.

The unprecedented schedule was set by Republican Governor Asa Hutchinson because a drug in the state’s execution mix, the sedative midazolam, expires at the end of April. The quick pace prompted criticism that Arkansas was acting recklessly.

“I am not the person that I was but I have been transformed when I gave my life to Christ,” Williams said in his last statement. “I can’t undo … I only seek your forgiveness”.

Arkansas does not have a schedule to execute any more inmates.

“Arkansans should have renewed faith in our system,” J.R. Davis, a spokesman for Hutchinson, told reporters at the prison.

Midazolam has been used in troubled executions in Oklahoma and Arizona, where witnesses said inmates appeared to twist in pain on death row gurneys.

Critics say the valium-like drug is not suitable to render a person unconscious for surgery and should not be used in executions, which use drugs to stop breathing and the heart.

The U.S. Supreme Court rejected motions to halt the executions on grounds such as the failure of Arkansas “to provide Mr. Williams a forum to litigate his claim that he is intellectually disabled.”

Williams, sentenced to life without parole for the 1998 murder of 19-year-old college cheerleader Dominique Hurd, broke out of a maximum-security prison in 1999 after serving less than a month behind bars.

He murdered Cecil Boren, 57 at his farmhouse, shooting him numerous times, before stealing Boren’s pickup truck to flee to Missouri, where he slammed his vehicle into one driven by delivery man Michael Greenwood, 24, killing him.

He was sentenced to death for Boren’s murder.

But Greenwood’s daughter, Kayla Greenwood, urged Hutchinson to spare Williams, in a letter sent on Thursday.

“His execution will not bring my father back or return to us what has been taken, but it will cause additional suffering,” she said.