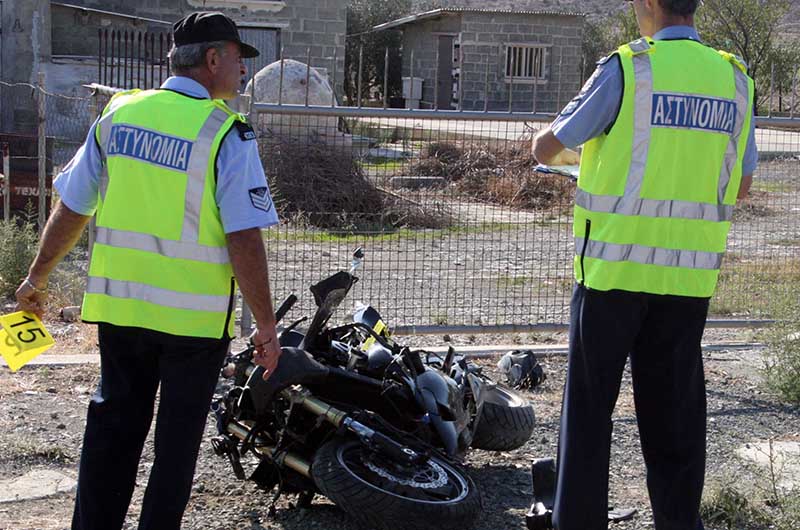 The justice ministry has a multidimensional strategy aimed at the prevention of traffic accidents, minister Ionas Nicolaou said on Saturday.

Speaking at the launch of a campaign aimed at providing free training to new drivers of large motorbikes, Nicolaou said a study has also been commissioned on the implementation of a new communication strategy on road safety with a view to enlightening, informing, educating and raising awareness among the public, mainly new drivers.

The campaign is co-organised by the Cyprus Motorcycle Federation and Hellenic Petroleum Cyprus ltd.

Nicolaou welcomed the initiative, and said that the government is also promoting the training of new drivers through a Drivers’ Education school, where people found in need of training by a court or the police can be referred.

“Training related to respecting motorcyclists is among the basic courses of the school, along with alcohol use and speeding,” Nicolaou said.

He added that a road awareness subject has already been introduced in high schools, and also referred to the establishment of a Scientific Road Safety Centre, which will monitor and evaluate variables based on police statistics.

“Another measure is the increase of policing via the use of moving police cars and traffic cameras,” he said.

Nicolaou said his ministry is in the process of preparing legislative amendments to modernise the penalties for road accidents based on scientific findings. The proposals will be put to a public consultation within the coming days, he said.

The aim of these more stringent penalties, the minister said, is to act as a deterrent and contribute to the decrease of road accidents.

Police Chief Zacharias Chrysostomou said the latest campaign is focused on the youth and motorcyclists, “two categories that are proven to face increased risks on the streets”.

He also urged motorists to always drive with “prudence and caution” and pay attention to motorcycle drivers, and called on the latter to always wear a helmet.

The campaign, includes among others training seminars of large motorbike owners, he said. The seminars started on Saturday and will also take place on June 17 and 18, on September 17 and 18, and on October 14 and 15 at the Daytona Raceway in Nicosia.