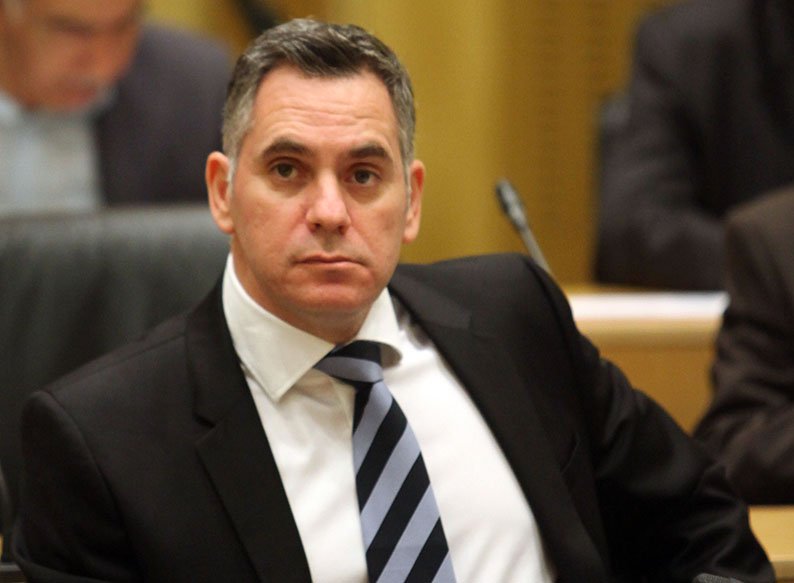 THE 13th anniversary of the Annan plan referendum of April 24, 2004 provided an opportunity to the pseudo-patriots of the ‘in-between political space, to advertise their patriotism, the patriotism of partition. They all celebrated what they called the “anniversary of the big no”.

All the great patriots, who led by Tassos Papadopoulos in 2004 voted, in effect, in favour of partition and making half of Cyprus a part of Turkey not only feel no shame for this disgraceful act, but are also celebrating their great achievement.

This is what Diko had to say in its declaration: “The verdict of the Greek Cypriots in the referendum of April 24, 2004, which decided a proposal for a settlement known as the Annan plan, constitutes the highest act of dignity, decisiveness, courage and responsibility.”

According to the party of Papadopoulos Sr, who had declared himself the saviour of Cypriot Hellenism, the vote in favour of permanent partition was an “act of decisiveness”. Finalising the surrender to Turkey of Famagusta, Morphou and some 45 villages as well as about 730 square kilometres of territory that would have been returned under the Annan plan, was the “highest act of dignity”.

In practice, this was the result of their vote. Turkey’s former prime minister, Ahmed Davutoglu, pointed this out to those who did not realise it and added salt to our wound when he said: “We offered to withdraw our army from Cyprus. They told it to stay there and it stayed.”

The rejection of the 2004 plan, as has been emphatically proved by developments since, was the highest act of national stupidity and national shame and not an “act of dignity” as Papadopoulos Jr and his party audaciously claim.

I have repeatedly written in detail what would have happened by now if the Greek Cypriots had accepted the 2004 settlement. Famagusta would have been under our control from August 2004 while Morphou and another 45 big villages would have come under Greek Cypriot administration by October 2007. And today, a very small, symbolic number of Turkish soldiers would be stationed in Cyprus.

For all this to have happened we needed neither the pseudo-patriotism of the “resounding no” nor the “new strategy” that Nicolas Papadopoulos has been promising. This would be the reality if the “national dignity” of Papadopoulos Sr and the rest of the super-patriots had not left Cyprus a prisoner of the Turkish army.

If he possessed a sense of responsibility, this anniversary could have been an opportunity for Papadopoulos Jr and his allies to consider the following: President Erdogan – the “neo-sultan”, who today they say shows no interest in a settlement and sent the seismic survey ship Barbaros into our EEZ – is the same Erdogan, who 13 years ago under very different political conditions agreed to withdraw the Turkish army from here and return a large chunk of territory to us.

This is the most overwhelming evidence to support the argument that when an opportunity arises you must grab it, because in politics conditions change and opportunities might not arise again. We who supported the plan kept saying this at the time. Neither then, nor now, when faced with the nightmarish consequences of their ‘no’, are our political clowns in a position to understand this simple truth.

When they consider the vote which donated Famagusta and Morphou to Turkey and kept the Turkish army in Cyprus the “highest act of dignity”, we can only expect the worse from such irresponsible and ruthless demagogues.

No agreement, no Unficyp and the Turkish troops stay