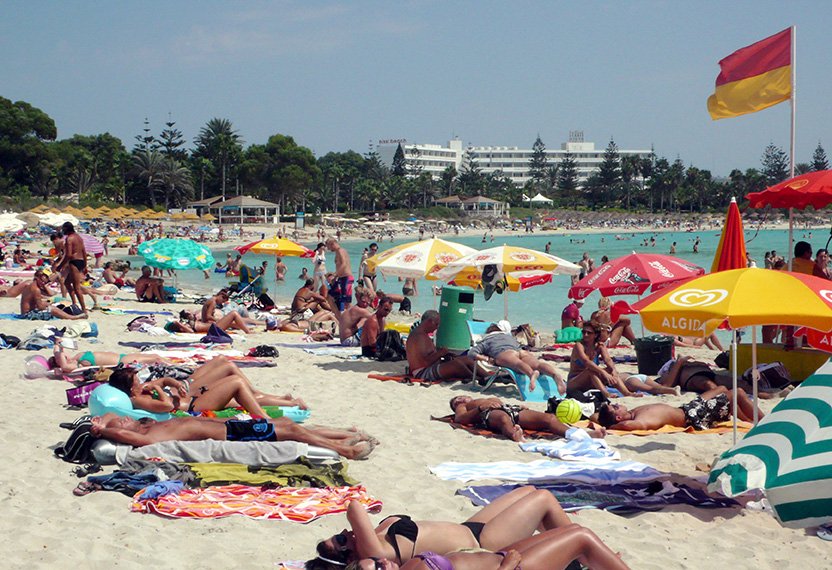 The tourism market is headed for another bumper year, with current data and trends suggesting arrivals will top the record 3.2 million visitors in 2016, MPs heard on Tuesday.

During a discussion of the market’s prospects in parliament, Marinos Menelaou, acting director-general of the Cyprus Tourism Organisation (CTO) said there has been a 13.5 per cent increase in arrivals during the first quarter of 2017 compared to the same period last year.

At the same time, bookings from the United Kingdom – the largest market for Cyprus – were up 10 per cent on 2016.
Overall, arrivals during the past winter came to 298,000, making this the second-best winter season on record.

The CTO said also that reservations for the 2017-2018 winter season are projected to rise by 20 per cent.

“It seems that we will beat last year’s record. Our heads should not be in the clouds, what is needed is a can-do attitude and hard work to ensure this is not a one-off,” said Diko MP Angelos Votsis.

Last year marked a record in tourist arrivals, with revenues coming to €2.3 billion.

“Occupancy will be at the same or even better levels than last year,” she added.

An official with the Employers and Industrialists Federation (OEV) struck a note of caution, noting that despite the boom, not all revenues went back into the economy.

The official said a number of hotels are indebted to banks, adding that some of the businesses are partially foreign-owned.

For his part, Zacharias Ioannides, the director general of the Cyprus Hoteliers Association (Pasyxe), highlighted that Cypriot hotels are resisting the temptation to raise rates despite the upsurge in demand.

“Cyprus is considered the second cheapest destination in the Mediterranean after Turkey, which has seen a 50 per cent decline in reservations due to the known problems there.

“We have matured. In the past, whenever the tourism market went well, we used to hike prices by 10 to 15 per cent. Now we are planning long-term.”

Neighbouring countries like Turkey and Egypt have suffered blows to their tourist industry in recent years.

The July 2016 attempted coup in Turkey, and the political unrest there, has caused a dramatic drop in bookings for this year.

And in Egypt, according to a recent report by the Independent, tourist arrivals in 2016 totalled just 5.3 million – down from nearly 15 million before the 2011 uprising.

After the 2015 downing of a Russian commercial aircraft in North Sinai, killing 224 people, most of whom were tourists, the UK’s Foreign and Commonwealth Office (FCO) is still advising against all but essential air travel to Sharm el Sheikh.

Although there is no direct threat associated with staying in Sharm, it is not possible to fly there direct from the UK and packages are only offered on a very tentative basis by tour operators.