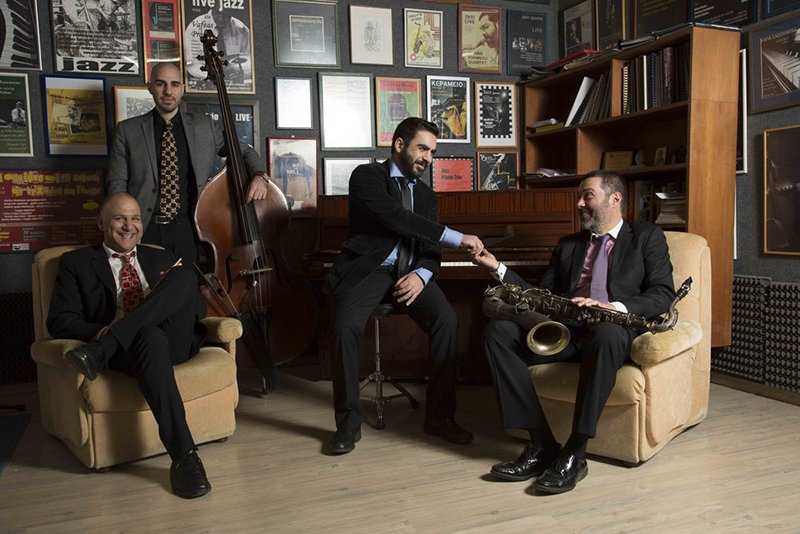 When thinking about one word that can describe Nicosia, historical might come up but most would agree on diverse. Diverse cultures, diverse ideas, diverse people and now – more than ever – diverse music.

Nicosia has its place for rockers, its hide-away for those who just want somewhere with some chilling sounds, its scene for those who want to mix it up and now it has its part where jazz can always be found. This corner of the city is Sarah’s Jazz Club and it will be jazzing things up with a performance by the Ioannou-Vafeas Quartet on Saturday at 9pm. Although the quartet has performed around the island before, this performance is special as the band will present its new CD Bridge of Locks, composed by Chris Byars.

If this is a bit short notice, don’t worry, the quartet will perform again at Sarah’s Jazz Club on May 13, 20 and 27.

The boys who make up the band are virtuoso saxophonist Charis Ioannou, first-rate drummer Ioannis Vafeas, Dimitris Miaris on keyboards and piano and Greg Makamian on double bass. Makamian will sit out the performance on Saturday and on the May 27, when bassist Michael Messios will take his place.

The Ioannou-Vafeas Quartet was created in 2016 after many years of collaboration and friendship between Ioannou and Vafeas, who performed regularly in festivals and concert halls all over Europe.

Ioannou, from Nicosia, studied saxophone performance and jazz composition at Berklee. During his last year of study, he won the Woodwind Achievement Award and after graduation moved to New York. While there, he earned his Master’s Degree in performance from New York University and in the meantime performed and taught around the state. He moved back to Cyprus in 2005.

Back home he collaborated with various musicians and appeared in all the major clubs and festivals around the island. He also appeared in various venues around the world including those in Greece, Kuwait, Germany and Poland.

At the moment, the musician is teaching the saxophone and the jazz idiom at the University of Nicosia as well as making guest faculty appearances in workshops held in Italy, Lebanon and Greece.

Vafeas is the son of the late professional drummer Aristos Vafeas. Thus, he was exposed to music throughout his childhood and while in the army he was a member of the military band. After he graduated from Berklee, he obtained his master’s degree from the Boston Conservatory.

After graduation, he kept himself busy with performing, recording and teaching music of different styles including pop, funk and ethnic. His recordings for film particularly showcase his personal technique and style.

In 2003 he focused more on jazz and started forming bands who performed that idiom around the island. He has performed in festivals and venues in Poland, England, Italy and elsewhere and has also shared the stage with artists from the Cyprus Symphony Orchestra, the Moscow Symphony Orchestra and others.

Recently the bassist performed with the Cyprus Symphony Orchestra and the Charis Ioannou Group, presenting the music of Charlie Parker in Bird with Strings.

Miaris started playing classical piano from the age of six and by 16 he had his first connection with jazz through the Jazz Futures workshops in Nicosia. Since then he has performed in Cyprus and Greece and received his Bachelor degree for jazz piano at the Ionian University’s jazz department. Over the past two years he has participated in Dr Barry Harris’ workshops in Rome.