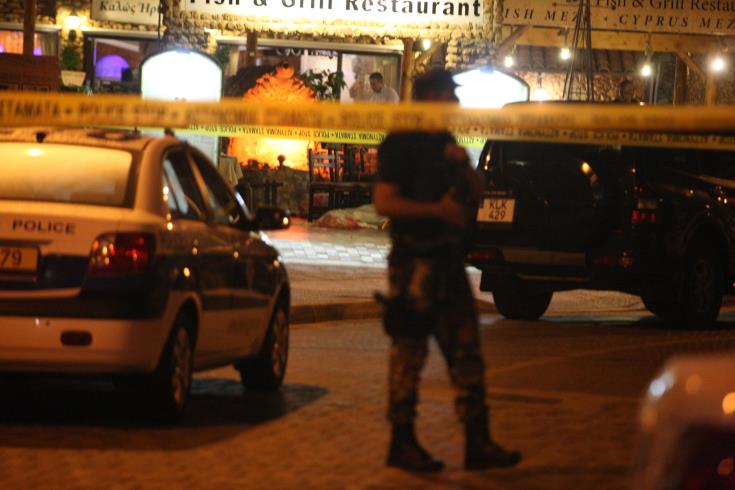 The main prosecution witness in the trial over last summer’s quadruple murder in Ayia Napa described in detail on Thursday how he aided and abetted the two hired gunmen.

Charalambos Andreou, 33, who is already serving a life sentence after pleading guilty to his part in the crime, told Larnaca criminal court how he drove the two shooters, Albanian nationals Yani Vogli and Aleks Burelli, to a parking lot behind the Stone Garden restaurant in Ayia Napa on the night of June 23, 2016.

The shooters then opened fire, killing their target, businessman Phanos Kalopsidiotis, as well as police officer Elias Hadjiefthimiou and his wife Skevi. Vogli also died in the exchange of fire.  Burelli is still at large.

Charalambous related how he and his partner provided shelter and delivered firearms to the two Albanians, in an assassination operation orchestrated by Marios Christodoulou, also known as Benny.

Benny has been handed four life prison sentences for the same case.

On the night of the murders, Charalambous, the designated getaway driver, drove the two shooters close to the Stone Garden.

The Albanians donned black overalls and hoods, and Charalambous heard them lock and load before exiting the car. Burelli was armed with an AK47, and Vogli with a Glock pistol.

The two men made their way to the restaurant – where they knew their target was dining – via a dark alleyway.

“I began to tremble, but I stayed in the car and kept the engine running…I heard the shots, and one or two minutes later one of the Albanians returned and said to me ‘let’s go, let’s go’.

“When I asked him where the other guy was, he said ‘he got hit’.”

Charalambous and Burelli sped away, eventually stopping in a field off the Ayia Napa-Larnaca highway, where they had been instructed to ditch the car. The vehicle would then be torched by accomplices.

On stopping at the field, Burelli told Charalambous that he was the one who shot Vogli.

Charalambous also described how he and Benny, as well as another man, had practiced the getaway route.

The getaway was planned by Panayiotis Pentafkas, an associate of Benny’s, who chose a route where no CCTV cameras were installed and ensuring fast access to the highway.

Pentafkas and Loy Dejan are the two remaining defendants in the case.

Charalambous’ testimony is scheduled to continue on Friday.

‘El Chapo’ to remain in solitary confinement, US judge rules