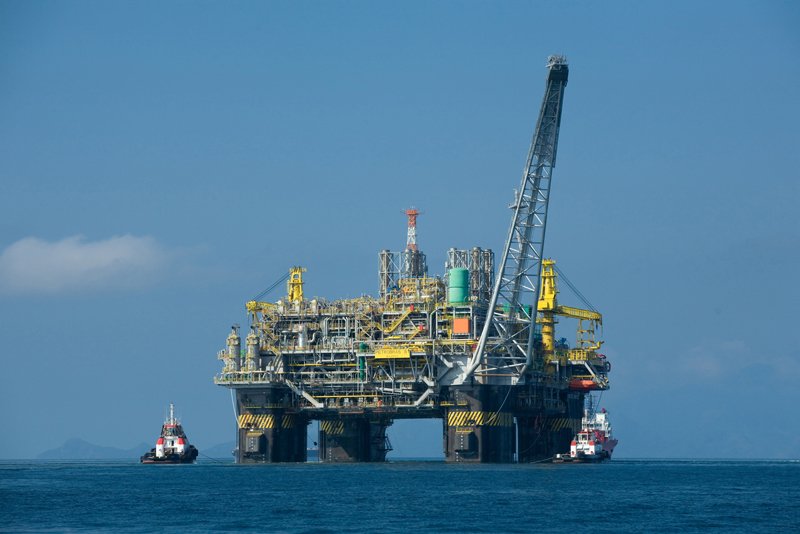 The days of simply sticking a pipe in the ground and tapping a pool of easy-to-handle – and profitable – crude oil are fading. To maximize the planet’s oil reserves will challenge traditional thinking in order to harness technical know-how in a way that will have minimal impact on climate.

Contrary to John D. Rockefeller’s infamous trademark, those conventional crude oils that coursed through the global economy in the past century are running out. Although motorists refueling at the pump aren’t the wiser, oil is being replaced by unconventional resources that require novel technologies to extract and process it into gasoline and other petroleum products.

Today’s crude oils can be as light as paint thinner or as heavy as peanut butter. They can be trapped tightly in fissures of buried rocks. Or their wells running low with each depleted barrel containing more water or gas than oil. Whether ultra-light, extra-heavy, or depleted, these oils are more difficult to extract, harder to refine, more challenging to transport and yield a different array of products than yesterday’s oils.

For example, blending the heaviest and lightest oils may make them flow more readily but this creates dumbbell crudes that are difficult to refine into the typical slate of highly-profitable petroleum products. These oddball mixtures that do not contain essential hydrocarbon molecules have thrown the oil industry and policymakers a serious curve ball.

Transforming challenges into opportunities call for significant innovation. As long as we continue to consume petroleum, we need to make smarter oil choices that satisfy both private interests and the public good.

This road begins with transparency. We can’t manage what we don’t measure.

Today, we have the technology and know-how to track these diverse oils using models to assess their climate footprints. The Oil-Climate Index, for example, provides industry, investors, policymakers and public interest groups with comparative information about different barrels of oil and where in their supply chain greenhouse gases (GHG) are emitted. Likewise, it is important to similarly track different oil’s environmental pollution, safety concerns, and other potential risks.

Different oils span the globe. Norway, Saudi Arabia, and Texas have some of the world’s lightest oils. The lighter the oil, the more gas is mixed in. If this gas is carefully managed, collected, and sold, these lightest oils are estimated to have some of the lowest GHG emissions per barrel in their production, refining, and end use. However, when their associated gas is leaked or burned in a flare, light oil GHG emissions can be significantly higher. Gassy oils also pose heightened safety risks, as witnessed recently in Quebec, Oregon or West Virginia. Knowing an oil’s makeup reduces the risk of transporting it by rail cars, pipelines, and tankers.

The heaviest oils face a different set of challenges. Extra-heavy oil resources in Alberta, Canada, the Orinoco Belt in Venezuela, and elsewhere contain an excess of carbon relative to conventional oil. Their extraction, transport, and refining requires significant energy and other resource inputs that tend to result in higher GHG emissions per barrel. Managing their excess carbon requires breakthrough technologies, such as using microbes or nanotechnology to convert the oil underground, leave its carbon buried and extract only gas. Another option is to add renewable hydrogen – using solar energy to split water – to the heaviest oils, refining more products out of each barrel extracted.

Oils from depleted fields change over time. While depletion is a global phenomenon, prime examples include both Indonesia and California’s San Joaquin Valley, where oils are becoming heavier and waterier over time, and the globally benchmarked Brent Oil of Britain that is turning into a gas field as it depletes. As depleted oils become gassy, denser, or waterlogged, they generally require more energy to extract due to low reservoir pressure or heavier weight. In order to coax depleted oil out of the ground, enhanced recovery techniques are employed that soak reservoirs with steam, flood them with water, inject gas, apply heat, and introduce other substances such as polymers and carbon dioxide. For these reasons, it is then no wonder why renewable energy is being used to generate steam with carbon dioxide increasingly being re-injected into wells. Such injection technologies raise new GHG issues. The source of carbon dioxide and whether this potent GHG is permanently sequestered in the oil reservoir must be considered when determining whether these practices reduce, or actually increase, emissions over their lifetimes.

Making “smarter oil” involves making better decisions. This involves challenging traditional thinking in order to better understand oil. Oil resources vary quite a bit and will continue to change over time. Closely following and increasing data transparency through the oil supply chain are critical to realistically assessing lifecycle impacts from the oil sector. Oil innovation must keep pace and address these impacts or oil may someday find itself out of a job. Deborah Gordon is the director of the Energy and Climate Program at the Carnegie Endowment for International Peace. She is also currently serving as a nonresident senior fellow at the Watson Institute for International and Public Affairs at Brown University. Gordon began her chemical engineering career at Chevron and holds a Masters in Public Policy

Papadopoulos apologises after accusing journo of having agenda (updated)

John Per Herbs and Spices