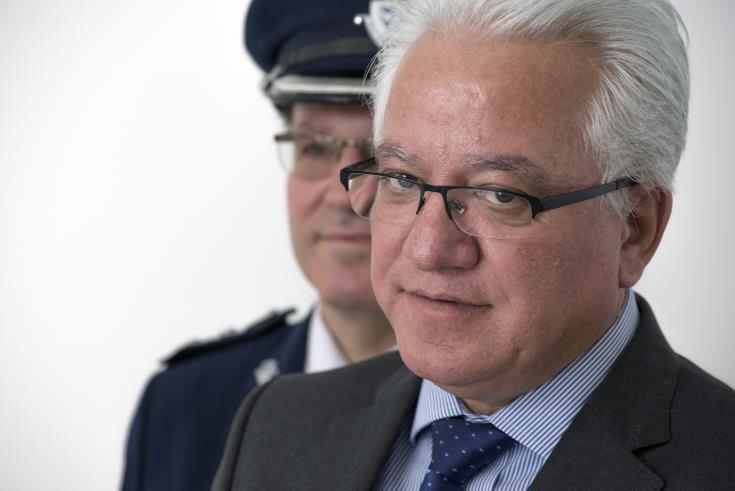 Nothing will change in the effort to tackle corruption in the police force unless a package of government bills creating an internal affairs investigation department with sweeping powers is approved by parliament, Justice Minister Ionas Nicolaou said on Friday.

Commenting on the findings of a probe on police corruption made public on Thursday by attorney-general Costas Clerides, Nicolaou said simply having information about corruption is “not enough”.

“A criminal case is proven quite differently to a disciplinary offence,” he said.

“Disciplinary offences require investigation and evidence to back up the charge. But the evidence and testimony need not follow the rules of criminal justice. If measures are not taken, like the creation of ‘undercover’ policemen, or even allowing wiretapping under strict conditions, we will always remain in the same spot: we will forever be identifying problems while not being able to find the evidence required to punish offenders.”

On Clerides’ decision to launch criminal charges against Kyriacou, the justice minister declined comment other than to say that, just as the deputy police chief is appointed by the president, he can only be sacked by the president.

“The attorney-general points out that some cases [of policemen subject to disciplinary probe] are the responsibility of the chief of police, while cases of police top brass fall to the justice minister to decide,” Nicolaou said.

“We will see what happens.”

Kyriacou has denied leaking any information, arguing that the evidence that prompted Clerides’ conclusions is circumstantial, and claimed he has long been aware of a concerted effort to oust him.

Meanwhile, ruling Disy said it was encouraged by the fact that cases of corruption “are being investigated and punishments handed out, regardless of how high-up those involved may be”.

“Without prejudice to the outcome of the criminal prosecution, it is a very serious matter for the deputy chief of police to be charged for leaking confidential information,” the party said in a statement.

“It is also sad and extremely worrying that the leaking of the police’s internal strategy to combat corruption involved an MP, who shared and used the leaked information in parliament to help her party.”

Disy referred to Akel MP Irene Charalambidou, who has been revealed as the unnamed MP who presented a confidential internal report on police corruption in parliament last year, prompting Clerides to point the finger at Kyriacou for the leak.

“At a time when the auditor-general asked the launching of disciplinary probes for two health ministry officials and Paphos’ former mayor has just been handed an additional prison term, the conclusion is that, annoying such news may be, they prove that cases of corruption are being investigated and punishments handed out, regardless of how high-up those involved may be,” it added.

Lillikas warns party members: support me or else