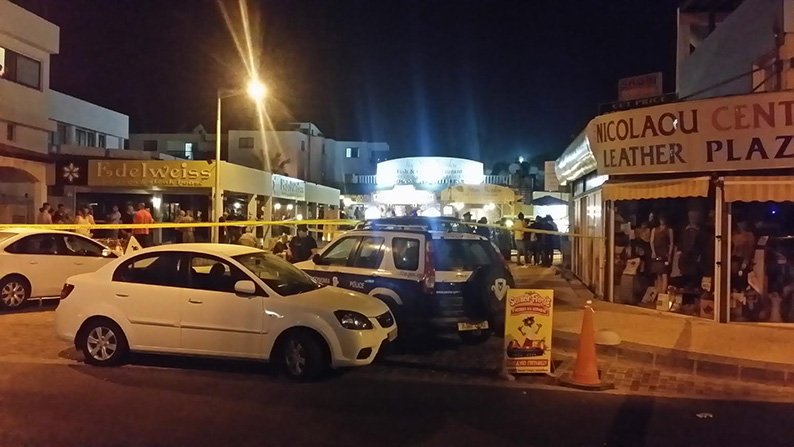 A witness involved in a gangland shooting that saw four people killed in Ayia Napa last summer told the court on Friday that an accomplice had asked him to take one of the shooters to a suspected crime boss so that the latter could kill him off.

Charalambos Andreou, 32, has already admitted his involvement in the incident in which businessman Phanos Kalopsidiotis, police officer Elias Hadjiefthymiou, 46, and his wife Skevi, 39, were gunned down while having dinner at the Stone Garden restaurant on the evening of June 23 last year.

One of the shooters, Albanian Yiani Vogli, was also killed in the incident while a second police officer at the table sustained serious injuries.

Andreou said Marios Christodoulou, aka Benny, had told him to take Burreli to Andreas Rodotheou after the incident so that the latter could shoot him. “Bennys had told me to take the Albanian so that Andros could shoot him,” Andreou told the court.

Benny has also admitted guilt mid-trial, while Rodotheou, thought to have controlled Nicosia’s underworld for years, was gunned down in April. No arrests have been made.

Benny, 39, pleaded guilty to premediated murder after his girlfriend, Sofia Gregoriou, 28, did the same the week before for lesser charges. Premeditate murder carries an automatic life sentence.

Only two out of the initial six suspects are now on trial: Panayiotis Pentavkas, 38, and Loy Dejan, 42, who was Kalopsidiotis’ bodyguard. Sotira Neophytou, 30, also pleaded guilty for her involvement and got five months.

On Friday, Andreou was asked to go through photographs connected with the murders and a planned hit against another individual.

“That is the café where they planned to shoot Alexoui and a fish tavern that Alexoui frequented,” he told the court, referring to Alexis Mavromihalis.

The witness said he had taken both Albanian shooters to scope the venues.

He said he did not know if Rodotheou was involved in the murder.

“Benny told me to take the Albanian to Andreas Rodotheou so that he would shoot him,” he said, adding that he did not know Rodotheou personally.

The witness claimed that he did not know the date or time of the shooting in Ayia Napa.

He said he took the two Albanians to a coffeeshop and a fish tavern so that they could see them.

“Bennys told me he wanted them to kill Alexis and his mates.”

Andreou also implicated the bodyguard, Dejan, who, as he said, was the one who notified them where Kalopsidiotis would be that night.