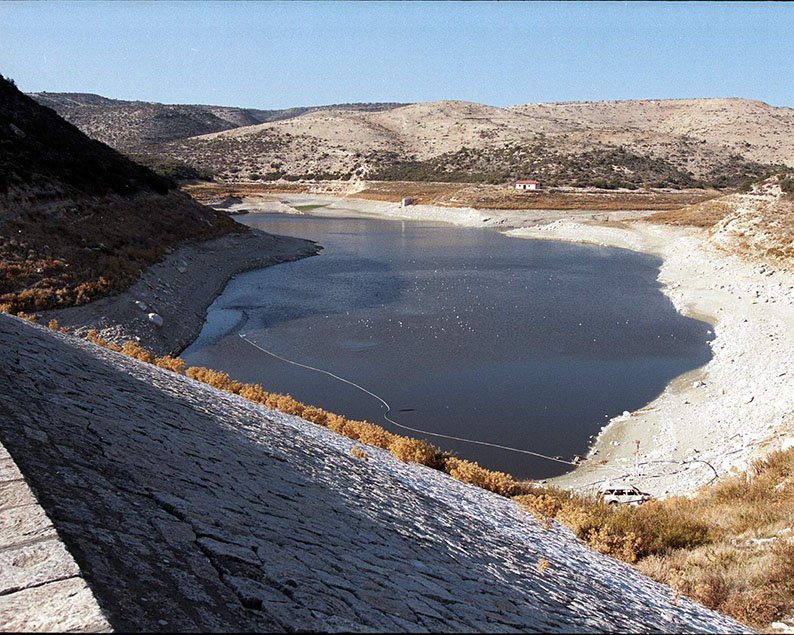 A waste treatment plant in Vati in Limassol that will replace existing wastewater reservoirs in that area which cause environmental pollution, is to be up and running by September, Agriculture Minister Nicos Kouyialis announced on Thursday.

Kouyialis said that this was one of the projects President Nicos Anastasiades had announced he would see through during his term. The cost is estimated at €4.8m of which 85 per cent is funded by Switzerland, and the rest by the government.

The plant will treat household sewage and industrial waste and produce tertiary treated water, Kouyialis said, “which could be used in the future to cover part of the irrigation needs of the area”. This will lead to the discontinuation of the operation of the existing earth wastewater reservoirs located in Vati.

“The construction of a suitable treatment plant for domestic household and industrial waste, will fill a significant gap the Limassol district faces as regards rational wastewater management,” Kouyialis said.

The construction of the plant, which will be up and running in September, Kouyialis said, is part of the cooperation programme between Cyprus and Switzerland that aims at contributing to the reduction of economic and social disparities between Cyprus and the more developed countries of the enlarged European Union, and contributing to the sustainable environmental and social development of the country.

“Its operation is expected to upgrade the environment and the quality of life of the residents of an area of the island that faces significant environmental problems,” Kouyialis said.

Switzerland’s ambassador to Cyprus, Peter Reinhardt, said that the construction of a waste treatment plant may not seem impressive but ensuring the health and prosperity of the people is of paramount importance.

This, he said, is evident in the pollution of the Polemidia reservoir that is near the Vati landfill.

There must be no room for waste of natural resources, which contribute to the quality of life, especially in a country like Cyprus, where water is scarce, Reinhardt said.

He said that Switzerland has invested around €3.6m on the project, which is part of a wider programme aiming at promoting the social and economic development of the island.

Experts have been warning for many years of the environmental consequences of the Vati landfill, one of the biggest dumps on the island, from which polluted water flows through the river and ends up at the Polemidia dam.

As a result, the water in the reservoir is so polluted, MPs urged recently Water Development Department (WDD) officials to enforce a total ban on activities at the reservoir as contact with its water and inhalation of dangerous chemical and bacterial waste pose serious health risks.

According to a study carried out by lecturer Maria Antoniou of the University of Technology, getting in contact with the dam water or inhaling fumes coming from the reservoir, could cause tumours.

Our View: Health system should work for everyone