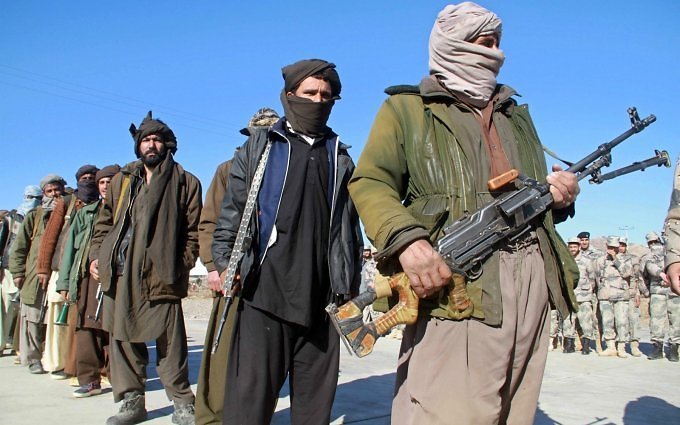 Taliban militants captured a district just outside the northern Afghan city of Kunduz on Saturday, officials said, pointing to renewed pickup in fighting after the insurgents announced their annual spring offensive last week.

Mahfouz Akbari, a police spokesman for eastern Afghanistan, said security forces had pulled out of Qala-i-Zal district, west of Kunduz city, on Saturday to avoid further civilian and military casualties after more than 24 hours of heavy fighting.

In a statement, Taliban spokesman Zabihullah Mujahid said the insurgents had taken police headquarters, the governor’s compound and all security checkpoints. He said several police and soldiers had been killed and wounded.

Over the past 18 months, Taliban insurgents have twice succeeded in seizing the town centre of Kunduz for brief periods and the latest fighting underscores warnings that Afghan forces face another gruelling year of fighting.

A shopkeeper, whose name is also Zabihullah, said the situation was now reminiscent of the position in October last year when Taliban forces entered the city before being driven back after days of fighting and air strikes.

“I am extremely worried. There are security forces everywhere,” he said. “Everyone in my family is worried and if the situation gets worse, we’ll have to leave.”

According to U.S. estimates, government fighters control only around 60 percent of the country, with the rest either controlled or contested by the insurgents, who are seeking to reimpose Islamic law after their 2001 ouster.

Although the Taliban made a formal announcement of their spring offensive only last week, there has already been heavy fighting from the northern province of Badakhshan to the Taliban heartlands of Helmand and Kandahar in the south.

There have also been several operations against Islamic State militants in the eastern province of Nangarhar, which have also involved U.S. special forces and air strikes.

More than 1,000 members of Afghan security forces have been killed since the start of the year, according to Afghan officials and figures cited by U.S. Congressional watchdog SIGAR, along with over 700 civilians.

Some 75,000 people have also been forced to flee their homes in the first four months of the year, according to United Nations figures.

Earlier this year, the top NATO commander in Afghanistan, Gen. John Nicholson, said he needed a few thousand more international troops to boost the Resolute Support training and advisory mission and break a “stalemate” with the Taliban.

The U.S. military is due to make its formal recommendations to President Donald Trump within the next week, a senior official told a Senate committee last week.