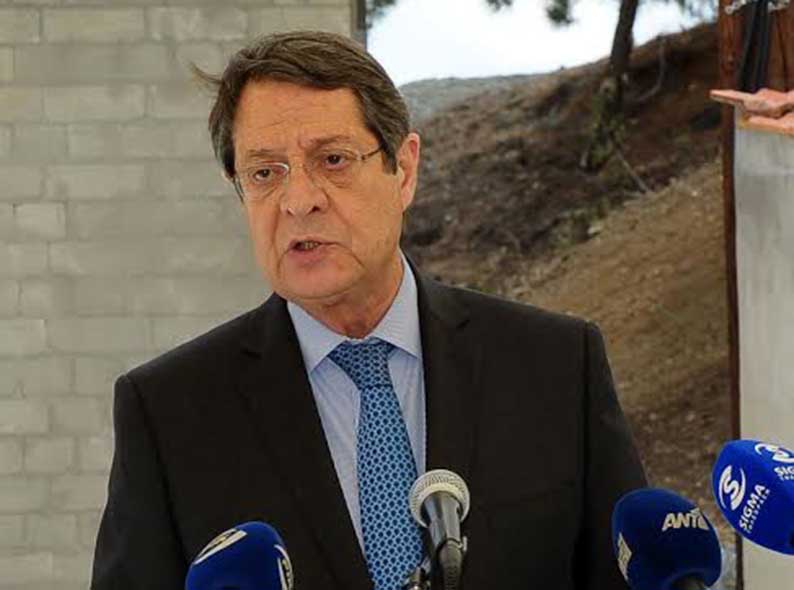 Through his incompetence, indecisiveness and pitiful scheming, the biggest political crime President Anastasiades has committed in the four years he has been in power has been to vindicate in the eyes of public opinion the paranoid policy championed by Nicolas Papadopoulos and the rest of the leaders of the ‘patriotic space’ – the policy of the perpetuation of partition.

For the sake of his personal, political career, he has killed all the hopes raised among people on both sides of the dividing line of achieving a deal that would end the division of the country that is now in its fifth decade. A smiling Papadopoulos is now touring the TV studios, celebrating the vindication of his rejectionist policy as Anastasiades is now using more or less the same rhetoric – that the Cyprus problem cannot be solved because of that cursed Turkish intransigence.

If there could be a Cyprus solution with this policy, Papadopoulos says, why has it not been solved in the nine years of the presidencies of Christofias and Anastasiades, both of whom were ‘solution presidents’? Understandably, ordinary citizens are swayed by such arguments because they are not aware of the reality.  Who will explain to them that Christofias and Anastasiades did everything they could to stop things moving towards a deal because the top priority of both was to extend their tenancy of the presidential palace.

And why would they not believe Anastasiades when he puts all the blame for every negative turn on Mustafa Akinci and Turkey? It is the easiest thing to convince Greek Cypriots that the Turkish side is to blame for the lack of progress, even if he is not telling the whole truth or just plain lying. There are always many receptive ears to this narrative. This is exactly what Anastasiades has been doing in the recent months and it is inevitable that Papadopoulos and his allies will take advantage of it.

In this column, especially over the last two years, I have pointed out with specific examples his many retractions, contradictions, retreats and tactical scheming, noting that what really interested Anastasiades was his re-election and not the solution of the Cyprus problem for which he would never dare take the necessary decisions. In the last few months, as was expected, this tactic –blaming the Turks – has been stepped up, in order to justify his abandonment of the process to reach a settlement and focus on his re-election campaign.

Even in the events that led to the two-month interruption of the talks he had a large share of the responsibility. When he got up from the table – at the meeting after the enosis amendment –furiously declaring “I have nothing to say” and stormed out of the room, slamming the door behind him, couldn’t Akinci’s decision to leave on the grounds that Anastasiades’ behaviour was insulting be considered understandable? This craftiness is in the president’s DNA.

Another illustration of his craftiness was his unexpected departure from Mont Pelerin, where according to reliable information an agreement in principle on all the serious issues that remained open (Morphou, rotating presidency, guarantees, troops) was achievable; this would have paved the way for an international conference. There, not daring taking decisions, Anastasiades suddenly sought a postponement, citing reasons which turned out to be nothing more than pretexts to leave the talks.  He had given Akinci different reasons to those cited publicly on his return to Nicosia (the supposed briefing of the Greek government), something that incensed the Turkish side.

And now he has recruited Greece’s foreign minister Nikos Kotzias to help his brinkmanship, having no qualms about instigating a row a with the UN so he can escape from the peace process. This, at a time when a very risky game with regard to our EEZ is unfolding. Sad as it is to say it, Anastasiades has become dangerous for the country.

For the fact that Papadopoulos is celebrating his alleged vindication, the president is exclusively to blame because, blinded by his craving for re-election, he does not hesitate to wreck everything.

Dangerous adventurism runs through our history

Limassol reaching for the sky