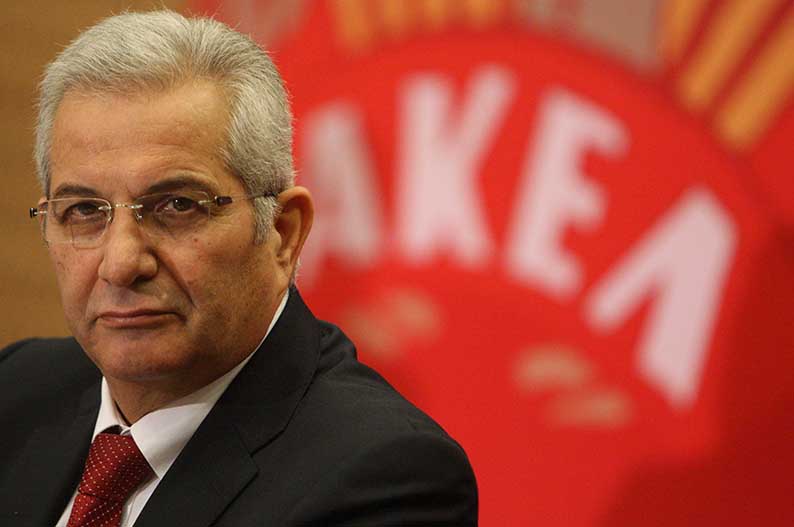 STUDYING the recent history of Cyprus it is difficult not to conclude that our political leaders have been reckless adventurers in the sense that they sought to realise their objectives, regardless of the possible catastrophic consequences. Any sense of responsibility for the fate of the Cypriot people was totally lacking, and by their actions they proved they were always relentless adventurers par excellence.

Owing to restricted space, I will focus on just a few events and would like to point out that the order of importance I attributed to these historical decisions is subjective.

Starting with the armed struggle for enosis, had it ever crossed the mind of our leadership – the Ethnarchy – what the consequences for the people would have been if Eoka had been defeated? If the British had not agreed to depart? If there was a Turkish Cypriot uprising? If Turkey joined the fray? If Britain played the ‘divide and rule’ card? If the international community turned against us? Of course not.

The pursued policy was always a case of vivere pericolosamente (living dangerously), or as our Turkish Cypriot compatriots would say ‘sikime’. Regrettably, all these questions were academic musings but were part of the reality. The price of the adventurism was to bury enosis and turn Cyprus into a protectorate.

Speaking of the armed struggle and adventurism, one cannot help think of the Harding proposal of 1956 that gave us the opportunity to secure real independence – as it recognised the right of self-determination – with the proviso it was exercised in seven to nine years as had happened with Malta and other colonies. During the last meeting between Archbishop Makarios and Field Marshal Harding, and in the presence of the Secretary of State for Colonies Alan Lennox-Boyd, which should have finalised the agreement, Nicosia was rocked by 19 bomb explosions that were ordered by Makarios and Grivas.

This was our answer. No doubt Lennox-Boyd must have thought he was dealing with lunatics and predicted impending doom. Leaving the meeting, he told Makarios “may God have mercy on your people.” Not being eligible to ascertain the designs of the Almighty, I am still seeking explanations for His lack of sympathy for us.

In 1960 we obtained our truncated independence. Instead of our leaders strengthening it, they set about destroying it in the name of enosis. With our leadership’s blessing, private armies were set up as armed conflict with the Turkish Cypriots was considered inevitable, while the President of the Republic himself prepared the Akritas plan in order to remove the Turkish Cypriots from the administration of Cyprus before enosis was declared. The catastrophic consequences of this adventurism – the de facto partition of the island and human tragedy – were not taken into account. Again, a case of vivere pericolosamente.

A little before 2004 we agreed to UN arbitration to help settle the Cyprus problem. As I mentioned in a previous article, arbitration favours the weak side. It was not possible for the Annan plan, presented in 2004 by the UN, to fully satisfy either us or the Turkish Cypriots. We should have studied it in its entirety, but especially the consequences of it being rejected. At the time, our leadership concentrated on its ‘weak’ points, completely ignoring the consequences of its rejection, and urged the people, in various and unprecedented ways, including tears, to vote against it.

The positive points – single sovereignty, single citizenship, one international personality and the withdrawal of Turkish troops – were not mentioned by our leaders. In any case, the consequences of the rejection have proved tragic for the Greek Cypriots. With our heroic ‘no’, we refused to take back Famagusta and Morphou; we refused to take back 50 villages and 750 square kilometres of territory. We voted for 40,000 Turkish troops to remain. The propaganda in favour of ‘no’ was – and remains – on such a big scale that if we asked those who voted against the plan to explain the thinking behind their rejection not more than two per cent would be able to give a clear answer. This tragic situation is the result of our leadership’s adventurism – vivere pericolosamente yet again.

Akel has repeatedly declared it would never vote a Disy candidate for the presidency in a run-off. It would therefore have to vote for the candidate of the ‘in-between space’. The party of the Left knows better than anyone that if a well-known politician of the plutocracy, who rejects a bi-zonal, bi-communal federation climbs to power, the future of Cyprus would be very bleak. When our country is faced with a deadly threat those ideological differences which undoubtedly exist should be put aside. Real patriots place the national interest above anything else, including the party interest.

When Hitler was planning to invade Britain in 1940 the two big parties – Conservative and Labour – formed a national unity government in order to face the Nazi threat, despite being separated by an ideological chasm and a history of acute confrontation. So what is Akel after? For the party to remain intact and the Cyprus problem abandoned. Vivere pericolosamente?

The politician who blows up the pedestal of this Sphinx – adventurism – should be declared a great benefactor of Cyprus.