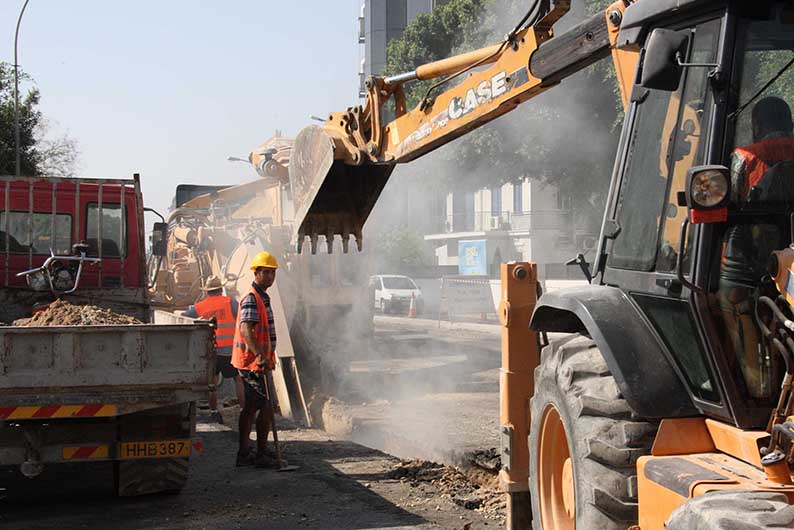 If reformed, local authorities would be able to offer vastly improved public services

The local authorities in Cyprus have been in financial difficulties for many years and have been funded in part by the government via the annual grant. The grant is a source of funds that is allocated to municipalities based on their size and the willingness of central government to continue to provide such assistance; it is not an obligation under the constitution or by legislation. This grant as it is currently administered is wholly insufficient and cannot be the basis of promoting healthier local government which every modern EU state has committed to institutionalise.

The municipalities have no fiscal autonomy in Cyprus and no way of increasing their revenues without parliamentary approval. This is unsustainable as some municipalities are heavily burdened with debt and are unable to offer public services which Cypriot EU citizens deserve. The recent concerns expressed by two union leaders and their proposal to lobby central government for the annual grant to bail out the municipalities must not be allowed to derail the interior minister’s efforts to reform local government. In fact, local government self-governance and fiscal autonomy must be studied and good examples of the Nordic countries gradually introduced by legislation and, where necessary, by amending the constitution.

Mayors and local government officials were living in a comfort zone where central government was calling the shots and all local government had to do was to raise revenue at the margin in order to cover current expenditure, which in Cyprus is mostly the payroll. At one point, some municipalities were using 70-80 per cent of budgeted expenditure to pay salaries; in one case a relatively small municipality in Nicosia in terms of size had three times more staff than the largest municipality.

The Nordic model has been developed through successive reforms. It was not built on a single blueprint or grand design, but has evolved gradually. And because parties from all sides of the political spectrum have contributed to its development for many years, it is founded on a general consensus. All parts of society have played a part in this process. Labour unions, employers and cooperative movements have been heard, as well as represented, by their respective parties in cross party compromise in the countries that characterise the Nordic model: Finland, Sweden and Denmark. Nordic local governments are key providers of public services and have a high degree of fiscal autonomy under supervision of central government. They provide accountable and transparent management of their financial affairs, but despite their autonomy they have sovereign support in the event of financial distress.

The key role of local government in the Nordic countries is evidenced by the share of public expenditure they have. In 2014 – the latest data published by the Organisation for Economic Co-operation and Development (OECD) – Denmark had 62 per cent, Sweden 48 per cent and Finland 40 per cent. The OECD average stood at 24 per cent.

Local governments in the Nordic countries have the right to impose taxes and these account for the majority of local government revenues with grants, fees and financial income covering the balance of expenditure. Taxes that are used include income tax, corporate tax and tax on land/property. Tax receipts as a percentage of municipal revenue varies from 70 per cent in Sweden and Denmark to 40 per cent in Norway. The strong stand alone financial position of local government is further supported by clear constraints on borrowing. The fiscal discipline which has been adopted provides for balanced budgets and where budgets are in deficit there is a remedy period of three years.

For local government in Cyprus to attain fiscal autonomy and have a more systemic importance in the administrative structure of a modern EU state it has to dramatically change how it is organised and how it is controlled. It cannot be the case that political parties proposing reform merely paper over the need for fundamental changes. The mayors and municipal councillors have not demonstrated over the years that they manage their financial affairs prudently and repeated reports of the auditor-general have been ignored by ministers and government in general.

Without control and accountability there can be no reform. However, in order to promote the culture of working in the public interest, it is very important that legislative changes are introduced gradually with a roadmap stating how the provision of public services will be funded, how local government will be accountable to the public via elections and how they will be managed by parliament and the auditor-general. If unions and local government officials are ready to be accountable it will mean that budgets will have to be managed in a manner that justifies taxing people and managing the revenues in a prudent way. It cannot be the case, as unions suggest, that local government and central government support is solely to secure the jobs of the union members.

In Cyprus local government reform is long overdue, and there is a danger that political manoeuvring will paper over the real reforms that are needed. The truth is though that any piecemeal reform will not solve the financial weaknesses inherent in the current system. If the proposals for reform address the question of how local government becomes more accountable for gradual fiscal autonomy, the government should take the initiative and invite the parties to an honest discussion setting out the benefits for reform.

The April 2014 report produced by the UK School of National Government is a very good starting point. The real problem in Cyprus is that there are parties to the reform discussion that have their own agenda and do not see the public interest at large. Local government is not just to provide and secure jobs of union members but to provide local democracy with the power to provide residents with better public services and to fund this expenditure in a well-managed manner. This will require a change of culture to work consensually and to have the reforms introduced in a gradual and measurable way.

A committee of MPs, local government officials and cross party members should be set up to monitor the progress and to report to parliament and the interior minister an annual basis. The auditor-general should have a critical role to ensure compliance with best practice and to avoid any waste of public funds.

In view of the financial imperative of securing central government support, the interior minister should offer conditional support in the form of continuing the annual grant in exchange for the Union of Municipalities and the unions agreeing on a roadmap to fundamental reform. The annual grant must be replaced by revenues from taxation so reform will require the finance ministry involvement to enable local government to take a larger share of tax revenues. This would involve more forward tax planning and parliament would need to agree since such changes require fundamental legislative measures. If union members think that public revenues can be used to cover their deficits without any reform, they must get a reality check. The only way is for government to legislate so repayment of outstanding debt has priority over payroll to ensure discipline is institutionalised. While this may sound drastic, it is one step in the right direction which residents will accept. It is not dissimilar to a household having to pay its debts first. Why should municipalities be different?

Dangerous adventurism runs through our history