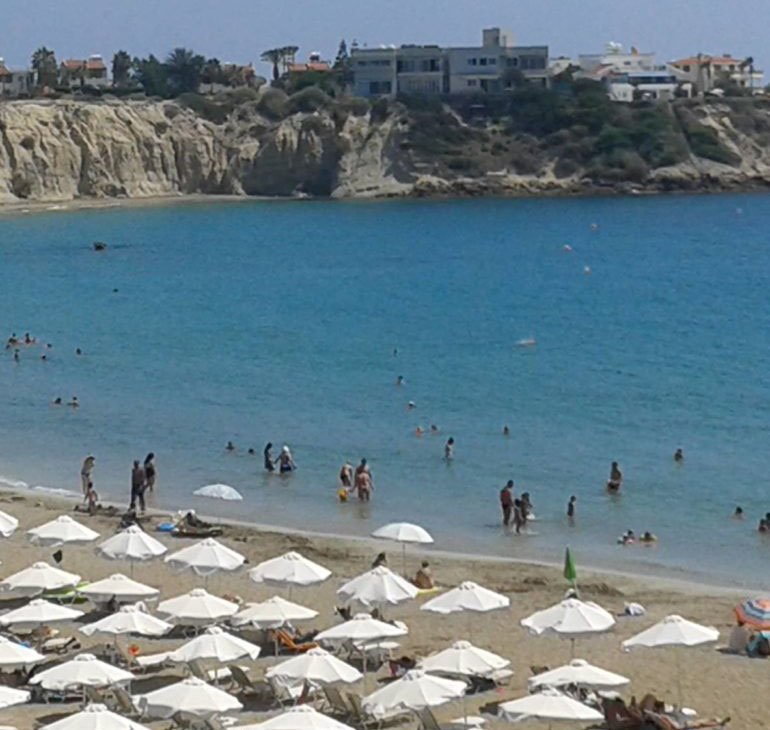 CONCERTED efforts are underway to finally resolve long-standing issues over public access to the popular blue flagged Coral Bay beach in Paphos and its two kiosks that service thousands of visitors a year.

Access to the beach is currently across a piece of privately owned land right above the bay and which has been used as a car park.

Although the access point is currently open, local authorities say that they are concerned that it may be closed by owners, Leptos Developers, at any point, as was the case during the summer tourist season last year .Leptos plans for a boutique hotel to be built on the plot.

The fate of the kiosks, which have yet to open for the season, hinges on the access issue being solved.

Andreas Evlavis, head of the Paphos Green Party, told the Sunday Mail that the Greens are insisting that a solution is found to ensure permanent public access to one of the island’s most popular beaches.

“This is a complicated issue, but the mayor of Peyia and the council must take all measures to ensure that people have access to the beach today and in the future,” he said, warning that any further action that may be taken by the developer to limit access would only inflame the public.

According to Peyia councillor Linda Leblanc, Coral Bay’s two kiosks and beach bars have not yet opened this year because the tender process has been delayed by threats to close off access to the beach by the developer, who also wants to take over operating them.

“Here we are in May, no services for tourists at the kiosks, which are still closed. Fortunately, we’ve got the toilets open and the beds and umbrellas which are operated by the municipality are available,” she said.

Peyia is required to go to public tender for the kiosk-beach bar contracts and Leblanc said that the local authority has met with the auditor-general, Odysseas Michaelides, in Nicosia and discussed ways to try and accommodate the developer and the public without violating the law.

“By law, the local authority has to go to tender for these kiosks and the mayor, Marinos Lambrou, has been leading the way in trying to get the situation resolved,” she said.

Leptos has said that they want to operate both facilities for a five year term, renewable for a further five years, followed by a five year option.

Leblanc said that Peyia was willing to compromise on the issue, if they could get public access to the beach cleared. She added that it was ridiculous that such access was unavailable, except through private land.

“We need to legalise the situation in Peyia, and since 2014, we have had an application lodged with planning in Nicosia, to establish public access across this piece of land.

“I question why has this has stalled for three years and even if planning allows it, it still has to be given the go ahead by Leptos.”

Leblanc said that Lambrou and the local council had met with out-going Interior Minister Socratis Hasikos in April to discuss the issue. Hasikos resigned on Wednesday, and his replacement has not yet been named.

On Tuesday Lambrou also discussed the latest proposal with the auditor-general in Nicosia, who said that in principal Leptos’ suggestion was acceptable, but for no more than ten years, and that the developer had to agree to public access immediately.

Such a deal would see the municipality garner 170,000 euros in rent for the two kiosks for the first year and 210,000 euros for the second, she said.

Leblanc noted that the council was waiting for Leptos to reply.

“It is not acceptable that the public interests and financial income of the municipality is affected by a private company,” she said.

The Sunday Mail was unable to reach Leptos for a comment.