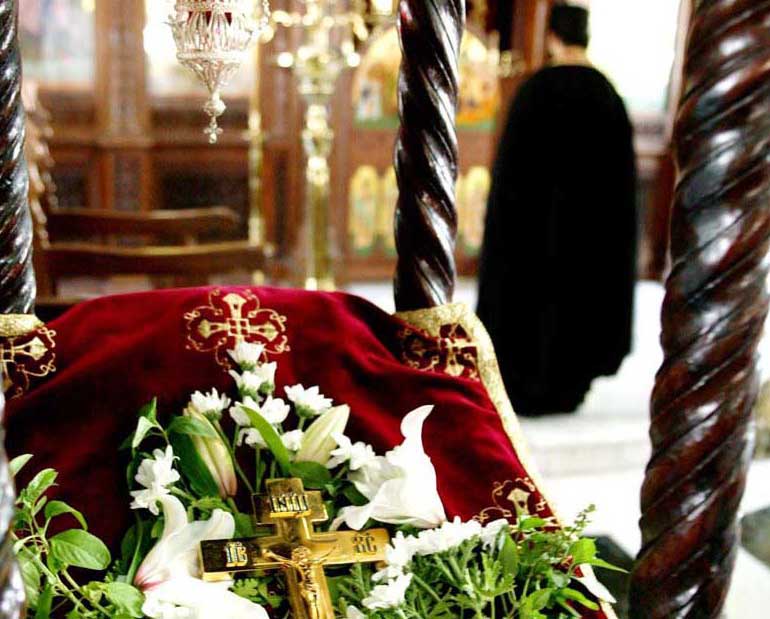 Lawmakers have decided to give the Church of Cyprus one more month to come up with a uniform policy on funeral charities before taking legislative action.

The House human rights committee was on Monday again discussing the issue of money collected at funerals and the inability of the family of the deceased to determine to which charitable organisation or other entity the collections should go.

In many cases, a large percentage of the donations end up in church coffers. At funeral services, church committees set up their own donation tables in support of either their own charity work or other causes they promote, even if the deceased’s family does not ask them to and has already chosen another charity organisation.

And according to anecdotal evidence heard previously in parliament, church committees keep between 40 and 60 per cent of the money collected.

Moreover, donation policies can vary from one bishopric to another.

It also emerged that in some cases priests have even refused to proceed with a funeral if the family disagrees with the presence of church charity tables instead of their chosen organisation.

MPs agreed to give the church until June 8, when the Holy Synod is set to convene to discuss the matter and come to a decision.

The issue will be revisited on June 12 at the House committee.

“All MPs are in agreement that families should have the first and last say on how donations are used,” said Disy deputy Stella Kyriakidou.

In parliament, the attorney-general’s office said that whatever solution was found, transparency was paramount.

As Kyriakidou explained, when a person donates money at a funeral, he or she must know beforehand where their money goes, and how much of it ends up with the local church committee.

In addition, the church is being urged to adopt a consistent donations policy throughout the island.

The matter is partly the fault of legislators, who last year passed the 2016 Charities Law (Amended), where Article 5 gave church committees control over the donations process.

The particular (amending) clause was a joint proposal from Disy and Diko.

Akel MP Skevi Koukouma said her party would be bringing back their own amendment, which obliges church committees to respect the wishes and instructions of the deceased’s family.