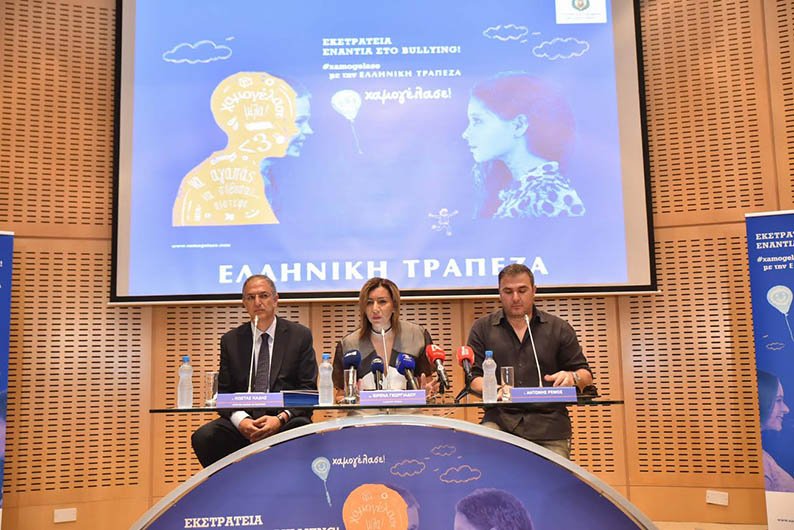 Hellenic Bank on Tuesday joined forces with the education ministry in the fight against school bullying and launched the campaign ‘Chamogelase’ (Smile).

“Our goal is common. No child victim of this phenomenon needs to be alone any more, ” the bank’s chairwoman Irena Georgiadou said at the launch while pointing out that school bullying was on the rise.

Actions of the campaign include school visits, educational lectures, collaborations with child psychologists and many other events.

One of the ambassadors for the campaign is Greek singer Antonis Remos who will perform three concerts in aid of the campaign at Nicosia’s School of the Blind on June 13, 14 and 15.

“I am sure that together we can defeat this phenomenon,” Remos commented, “We can embrace every child by singing together ‘smile it’s over now’.”

Minister of Education Costas Kadis after welcoming the Hellenic Bank’s initiative to co-operate with the ministry against school bullying stressed that tackling this problem requires collective and coordinated efforts by the state and the contribution of each person separately.

Hellenic Bank’s initiative proves that an economic organisation can and should have social sensitivities, and take action accordingly, he concluded.

Anastasiades hits back at critics, denies lack of engagement

Turks in Germany won’t be allowed to vote on death penalty: Merkel