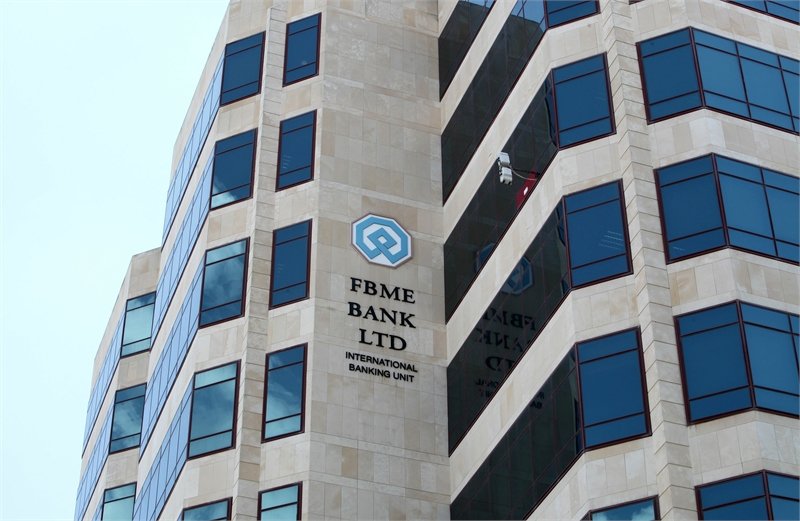 The decision of the Bank of Tanzania to revoke the banking licence of FBME Bank Ltd and to liquidate it, has created a new situation for thousands of depositors who have their funds frozen for almost three years and much now depends on the Tanzanian side’s willingness to cooperate with Cypriot officials, a stakeholder said.

The answer to the question if and when FBME depositors will get back their funds amounting to around €1.3bn will depend certain conditions, Chris Iacovides, special administrator of FBME Bank Cyprus, the Cyprus branch of FBME, said in a telephone interview on Tuesday.

“If the Tanzanian liquidator cooperates with the special administrator, or in case the Cypriot court agrees to appoint a liquidator, with the latter, then the process will run smoothly,” Iacovides said hours after the Central Bank of Cyprus decided to extend his appointment for further six months until November 10.

Iacovides added that he hoped the Tanzanian liquidator would avoid employing the tactics of Lawrence Mafuru, the statutory manager of FBME appointed by Tanzanian authorities, whom he considers non-cooperative.

Mafuru, considered a person with political connections in Tanzania, took no action when a group of FBME depositors filed an application at a UK court to demand the immediate payment of their claims in 2015 and only decided to act after the Cypriot administrator did so after being notified by Germany’s Commerzebank about the proceedings.

While the legal action taken by the Cypriot administrator was successful in putting aside a court order, the success came at a cost that will be ultimately burdened by the bank’s depositors.

Iacovides said that if the Cypriot court rules in favour of appointing a liquidator in Cyprus, EU law will give the Cypriot liquidator an advantageous position in initiating procedures to claim assets held by banks in other EU countries.

Trouble for FBME depositors started in July 2014, when the Financial Crime Enforcement Network (FinCEN) of the US Treasury published a report in which it described the it as a financial institution of primary money laundering concern with ties to Hezbollah, the Lebanese militia considered a terrorist organisation in the US and the European Union.

The report, which effectively barred US banks from opening and maintaining correspondent accounts with FBME, prompted Central Bank of Cyprus to place the bank under administration and subsequently resolution. In April last year, the central bank triggered the deposits guarantee scheme to compensate depositors with up to €100,000. A year later, a US court sanctioned FinCEN’s decision to bar the bank from the US banking system.

The owners of the bank, the brothers Ayoub Farid Saab and Fadi Michel Saab, have repeatedly denied any wrongdoing.

In a letter sent to Attorney-general Costas Clerides, the chairman of the parliament’s ethics committee, Zacharias Koulias, and the chairman of the finance committee, Disy president Averof Neofytou, the Saabs repeated through their lawyer that the Cypriot courts have no right to appoint a liquidator at FBME as the lender is headquartered abroad. Their lawyer also complained that the parliament amended the legislation in a way as to allow this, and in such a way that it conflicts with EU directives.

The letter, also forwarded to the Cyprus Mail, is dated May 2 while its Greek version is dated May 4, which is one day before Tanzania ordered the liquidation of the bank and revoked its licence.

“The above stressed amendments of the WCIL (works of credit institutions law) (sic) were advanced by the competent ministry, and were, as a result, voted by the parliament at a time when a petition for the liquidation of FBME Bank is pending at the district court of Nicosia, based on the provisions of the WCIL, as were in force at the time, before the amendment filed by the Central Bank of Cyprus (CBC) on December 22, 2015,” lawyer George Z. Georgiou said in the letter.

“We do not wish to comment why the CBC and the Ministry of Finance is (sic) acting in this disguised, malicious and antinomic manner, but anyone who is aware of the background of the case can reach his conclusions”.

The lawyer of the Saab brothers who have resorted to the Paris based arbitration court of the International Chamber of Commerce demanding up to €500m in compensation from the Republic of Cyprus, added that “what is at stake and the liabilities are great”.

Georgiou also said that his clients decided to complain to the Cyprus Bar Association and requested that the parliament should look into the matter.

On April 6, the parliamentary audit committee cancelled a debate on FBME after the AG and central bank governor Chrystalla Georghadji asked lawmakers to do so, citing the sensitivity of the matter as a debate could put pending cases at risk.

Conte urges Chelsea to take one more step for the title

Are nitrates in your food bad for you?