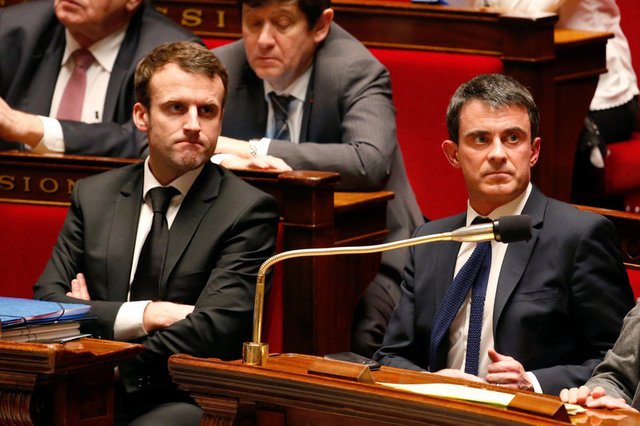 Valls’s move could be a boost for Macron, who needs to secure a majority in the elections to have a realistic chance of implementing his ambitious reform plans.

But Macron will be cautious about inviting too many prominent former Socialists into his movement as that would lend credence to the arguments of his conservative opponents that Macron’s administration will be a continuation of outgoing President Francois Hollande’s unpopular administration.

Valls’ overture received a non-committal response from Macron’s party. Party spokesman Benjamin Griveaux said Valls had not applied to the party’s selection committee and had 24 hours left to do so.

“I will be a candidate for the presidential majority and I wish to join his (Macron’s) movement,” Valls, who was prime minister in Hollande’s administration between 2014 and 2016, told RTL radio.

“This Socialist party is dead. It is behind us,” he said.

“The essential thing today is to give a broad and coherent majority … to Emmanuel Macron to allow him to govern.”

The defection highlights the disarray in the Socialist party, whose candidate Benoit Hamon attracted just six per cent of votes in the first round of the presidential election.

Valls, who announced in March he would vote for Macron in the presidential election, is on the right of the Socialist party and has similar pro-business views to Macron, who will assume office next Sunday as France’s youngest leader since Napoleon.

Jean-Paul Delevoye, head of the committee for selecting parliamentary candidates for Macron’s party, said any would-be candidate must respect the party’s rules and then the committee would review the application.

“There is one extremely important criterion and that is the sincerity of (the candidate’s) support for the presidential programme,” he told Reuters.

Macron’s party currently has no seats in parliament.

An opinion poll last week predicted however that his party is set to emerge as the largest in the parliamentary elections.

Macron’s party chief, Richard Ferrand, told a news conference on Monday that his ‘En Marche!’ movement will now change its name to ‘En Marche la République’ or ‘Republic on the Move’, so as to structure itself more like a traditional party.

Ferrand said the names of Macron’s 577 candidates in the legislative elections would be announced on Thursday.

Cyprus teams up with five EU states for cheaper meds

Pope says homosexuals should be covered by civil union laws