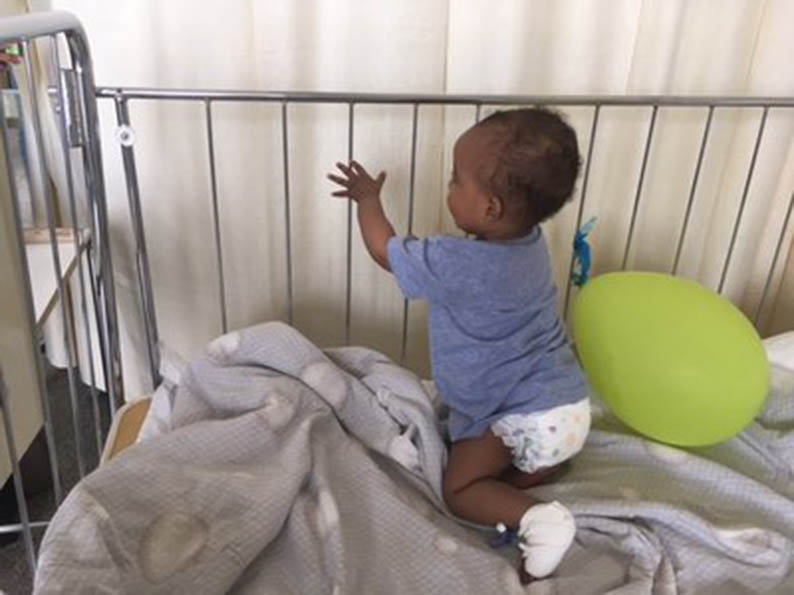 The office of the United Nations High Commissioner for Refugees (Unhcr) in Cyprus announced on Tuesday they were launching a series of stories about asylum seekers living on the island to shed light on their daily lives and the problems they face.

Through this series of stories, to be posted regularly on the Unhcr’s social media account and website – the human rights agency aims at helping people understand what it’s like to be an asylum seeker in Cyprus.

According to the Unhcr, there were 3,088 asylum seekers in Cyprus waiting for a decision on their applications for international protection at the end of last year.

Of these, 307 were accommodated at the Kofinou Reception Centre, and another 112 unaccompanied and separated asylum seeking children are hosted in special reception centres in Nicosia, Larnaca and Limassol. The remaining asylum applicants live independently in the community. “Some are employed, while others – very few – receive social assistance from the state, but not under the national Guaranteed Minimum Income (GMI) scheme,” the Unhcr said.

It added that the first nine months they are not allowed to work and thereafter many can’t work, either because they cannot find a job or cannot work in the very limited sectors of the economy they are allowed by law to work, such as farms, animal husbandry, garbage collection and the like.  “Others have serious health conditions preventing them from being able to work”.

“Is the social assistance they receive from the state adequate to ensure a dignified living for the health and subsistence of these individuals and their families? Who are these people and what do they dream of for the future?” it asked.

GMI beneficiaries also receive an additional €144 per dependent, while for asylum seekers this amount is €25 and caps at four dependents, regardless of the total number of children. “In general, the social assistance offered to asylum-seekers is significantly below the risk-of-poverty threshold, which in 2015 stood at €690 per person per month, according to the Statistical Service of the Republic of Cyprus,” the Unhcr said.

The first story posted was that of a 23-year-old mother from Somalia who rushed her 11-month old baby boy to hospital last “week freezing cold, hypoglycaemic, and having convulsions”, caused by bad nutrition.

The mother could not afford to buy baby formula, and the coupons and cheques she receives which she can use towards that end arrive late, which is not uncommon in many cases, the Unhcr said. “In any case, the two shops where the coupons can be used to make purchases do not stock baby formula”.

She had received her April coupons on April 20, the Unhcr said, and had to redeem them until the end of the month when they would expire. Her monthly cash allowance – €95 – for utilities and other expenses is always delayed.

“I had no money to buy baby milk. I was only able to buy long-life milk and I added sugar to make it sweeter. The next coupons won’t be given to me until the end of May. What else could I do?” the mother said.

The stories – both in Greek and English –  may be found on Facebook: Unhcr Cyprus and at http://www.unhcr.org.cy/