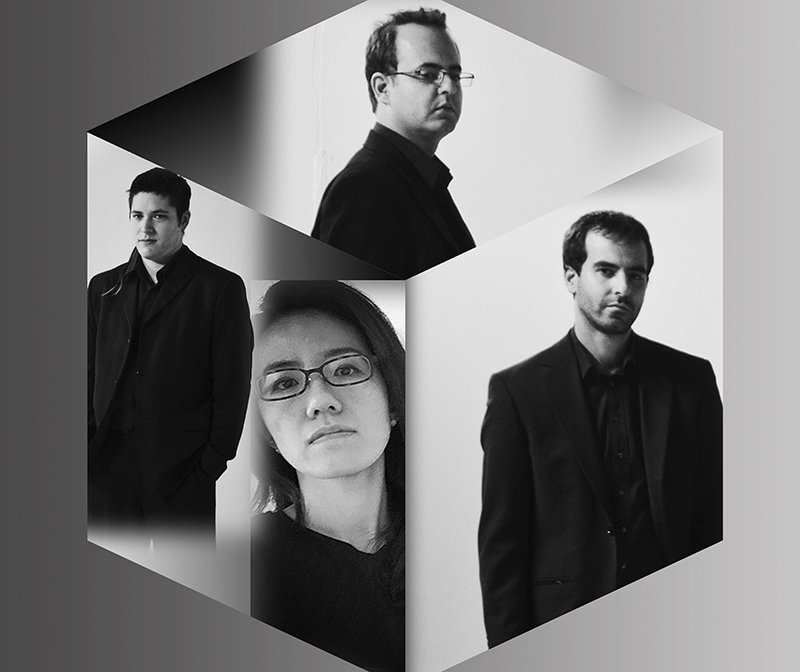 This Friday the Pharos Arts Foundation will present a concert by the Tetraktys String Quartet, recognised as one of the most dynamic and innovative quartets in Europe, at the Shoe Factory in Nicosia.

The Tetraktys String Quartet is internationally acclaimed for its technical excellence and stylistic elegance in both the classical and the contemporary repertoire. It is also distinguished for its impeccable and absorbing sound as well as the expressiveness and passion of its performances and it has played some of the world’s most prestigious venues.

Since its inception in 2008 the Tetraktys String Quartet has established itself as a “new emerging string quartet” and has appeared in some of the world’s most prestigious venues, including the Carnegie Hall in New York, Concertgebouw Amsterdam, Cité de la Musique in Paris, Musikverein Wien, Palais des Beaux-Arts in Brussels, Stockholm Konserthus, L’Auditori in Barcelona, Philharmonie Cologne, Philharmonie Luxembourg, Elbphilharmonie and Laeiszhalle in Hamburg, and Town Hall & Symphony Hall Birmingham, and in festivals such the Festival International de Quatuors à Cordes du Luberon. In Greece, the Quartet has made frequent appearances at the Megaron – the Athens Concert Hall and the Onassis Cultural Centre, and it was selected in the ECHO Rising Stars series for the period 2011-2012.

The Quartet’s tremendously selective and wide-ranging repertoire reveals not only the Tetraktys’ profound affection for classical masterpieces but also their keen interest in more adventurous music pursuits. In their concerts, Mozart often coexists with Ligeti, Haydn with Skalkotas, and Beethoven with Webern. The result is the formation of an inimitable atmosphere out of which emerge the most fascinating and miraculous music encounters.

Graduates of the Hochschule fur Musik und Theater in Munich, the University of Music and Performing Arts in Vienna, the Geneva Conservatory and the Soai University in Osaka, all four of the quartet members are individually renowned as soloists who have collaborated with world renowned orchestras under the baton of such conductors as Zubin Mehta, Pierre Boulez and Sir Neville Marriner. In addition to being part of the quartet, Giorgos Panagiotidis is a member of Frankfurt’s Ensemble Modern, and he used to be Assistant Concertmaster of the Athens Camerata, Orchestra of the Friends of Music. Kostas Panagiotidis was Concertmaster of the National Symphony Orchestra of ERT and now he is Principal second violinist in the Greek National Opera Orchestra. Violist Megumi Kasakawa is a member of Ensemble Modern and cellist Dimitris Travlos is a member of the Athens State Orchestra.

The quartet is named after the sacred Tetraktys – the groundwork of Pythagoras’ teaching, wherein he first mentions the existence of harmonic intervals in music through the theory of the ‘sacred decad.’

‘Life of refugees in Cyprus’ series launched by Unhcr