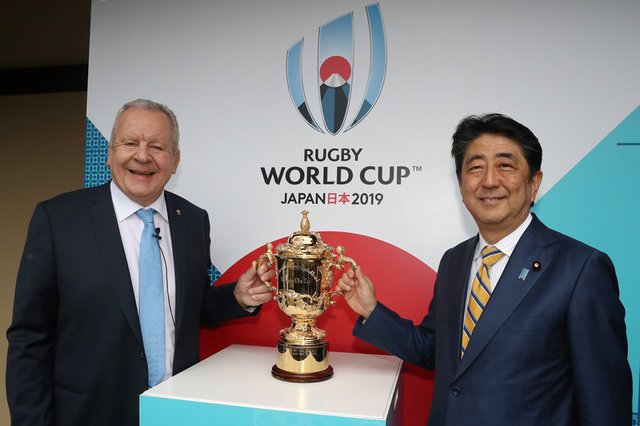 England have been drawn in the toughest pool for a second straight Rugby World Cup after being grouped with France and Argentina for the 2019 tournament in Japan on Wednesday.

World champions New Zealand were drawn with twice winners South Africa and Italy in Pool B, while hosts Japan will take on Ireland and Scotland and two yet to be determined teams in Pool A.

Australia, runners up two years ago, will become reacquainted with Wales and also face Georgia and two other teams who have yet to qualify in Pool D.

England went on an 18-match winning streak after being knocked out of their own tournament in the pool stage in 2015, when they were grouped with Australia and Wales.

The 2003 champions face another tough campaign in two years’ time against three-time runners-up France and Argentina, who have reached the semi-finals in two of the last three tournaments.

Pool C will be rounded out by the United States or Canada as well as Fiji, Tonga or Samoa with only the top two teams qualifying for the knockout stages.

“It’s all very exciting, we’ve got two Tests against Argentina in June so we can practise playing them a bit then,” said England coach Eddie Jones.

“France have really improved over the last two years and are a really dangerous team.

South Africa’s slump to seventh in the world rankings means they face the All Blacks for the first time in the pool stage of a World Cup but the Springboks will fancy their chances of getting past Italy and going through.

Another African team, most likely Namibia or Kenya, and the winner of the Repechage round of qualifying will complete their pool.

Japan will be reunited with the Scots, who they lost to in the pool stage in 2015, but will certainly not view reaching the knockout stages as mission impossible.

The 2019 hosts stunned South Africa two years ago and were widely praised for their entertaining brand of rugby.

Twice champions Australia will be confident of topping their pool having won their last 12 games against the Welsh, even if the Georgians will present a huge physical challenge. They will also face one of the trio of Pacific Island teams.