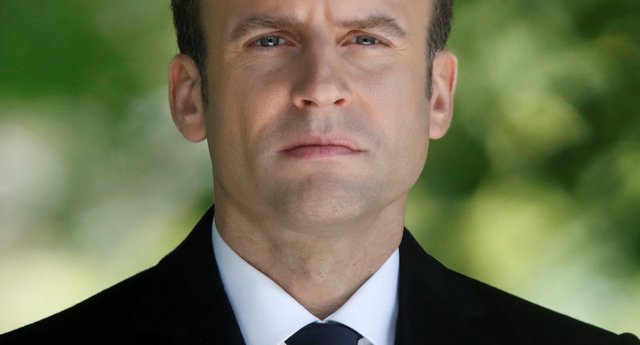 Benoit Hamon, the unsuccessful Socialist Party candidate in the presidential contest, said he would set up a new political movement after several of his hallmark proposals during that campaign were abandoned by his own party.

Radical left-winger Jean-Luc Melenchon, also eliminated in the presidential contest, criticised his erstwhile allies in the Communist Party and vowed to campaign without them for seats in the 577-seat National Assembly.

The two-stage legislative elections on June 11 and 18 will decide whether a new party created by 39-year-old Macron, who is due formally to take power on Sunday, will win enough seats to allow him to govern effectively for the next five years.

Macron‘s year-old Republic on the Move party does not have any seats in the current parliament but it hopes in June to secure a majority that will allow him to push through economic reforms for reviving an economy beset by high unemployment and sluggish growth.

The Socialists, whose term in government comes to an end in tandem with the departure of President Francois Hollande, have traditionally disputed power with the centre-right for the past half century.

The main right-wing party, The Republicans, is also striving to come to terms with the new political landscape and will be working to try to cling on to its dominant role too.

Francois Baroin, head of the Republicans’ parliamentary election team, said on Tuesday they would abandon key proposals that their unsuccessful presidential candidate, Francois Fillon, stood for.

The party was due later on Wednesday to work further on what Baroin said would be a revamped programme for the National Assembly election.

On both sides of the traditional divide, the signs so far are that the large parties which have long dominated are struggling to maintain leverage over Macron via the lower house of parliament without losing too many of their troops through defections to his camp.

Showing who is in charge right now, his Republic on the Move party made clear on Wednesday that even top-rank politicians from established parties were not guaranteed a slot on its list of parliamentary contenders.

Manuel Valls, the Socialist former prime minister who has angered his own party by saying he backs Macron, was told on Wednesday that he could not count on being sponsored by theMacron camp in the June ballot.

“As of today, he does not fit the criteria that would allow the investiture committee to take him on,” Jean-Paul Delevoye, the man in charge of choosing Macron‘s party’s candidates, told Europe 1 radio.

Macron, an ex-banker, served as economy minister in a Socialist government under Valls, but left to make his successful bid for president at the head of his new party on a promise to turn the page on old Left-versus-Right politics.

Jean-Luc Melenchon, who came fourth with a sizeable score in the presidential contest, said he hoped to gain control of the National Assembly and fight to stymie Macron thereafter.

“It’s time to turn that situation round,” he said during a BFM TV interview.

Strauss’ grandest opera on screen from the MET

Turkey closes in with air drills and EEZ surveys