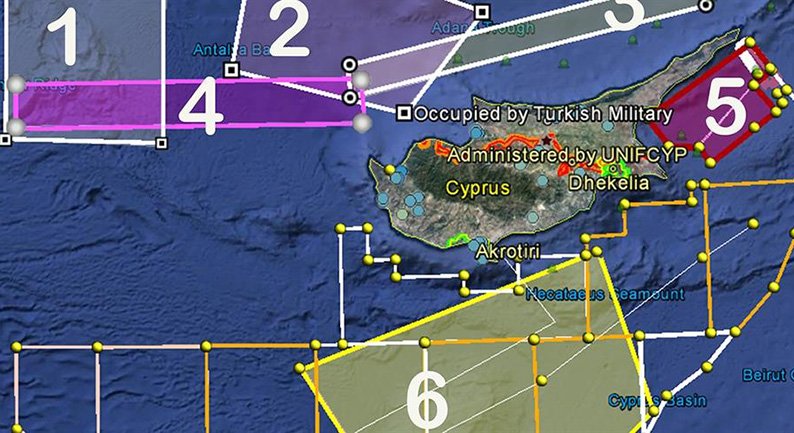 Over the coming weeks, Turkey will be conducting a series of drills that constitute violations of Cyprus’ airspace.

Turkey has issued three Notams (Notice to Airmen) reserving airspace off the island for later this month.

A Notam is a notice filed with an aviation authority to alert aircraft pilots of potential hazards along a flight route or at a location that could affect the safety of the flight.

The first (N0094/17) reserves an area inside the Nicosia Flight Information Region (FIR) from May 24 to 29, for a search and rescue (SAR) drill by the Turkish air force “within Ercan advisory airspace”.

This coincides with the Nicosia FIR, which extends to just off the southern shores of Turkey.

Turkey, which does not recognise the Republic of Cyprus, refers to the reserved airspace as “airspace of Mediterranean Sea”.

The Notam strongly advises “non-exercise aircraft” not to fly within the reserved area at altitudes of 10,000 to 20,000 feet.

Likewise with Notam N0095/17, the Turkish air force will be conducting an SAR exercise “without firing” within “Ercan advisory space” also from May 24 to 29.

In addition, on May 18 the Turkish navy will be conducting a “without firing” exercise in an area around the Greek island of Kastellorizo and in airspace between the crossover of the Nicosia and Athens FIRs.

Certain local media, including state broadcaster CyBC, have been playing up the exercises, calling them ‘a ringing of the island’ by the Turkish air force.

It has been suggested that with these drills Turkey is seeking to create so-called ‘grey zones’ in the airspace surrounding Cyprus.

One of the notices reserves a large swathe to the south and southwest of the island, but outside the Republic’s territorial waters. The reserved area covers parts of the offshore gas blocks 1, 6 and 7.

Turkey claims that part of block 6 falls within its own continental shelf. In a letter addressed to the UN General Assembly dated April 12, Turkey’s permanent representative to the United Nations Feridun Sinirlioglu expressed “grave concern” regarding Cyprus’ “provocative act” to grant an exploration licence for Block 6.

And under the other Navtex currently in effect, to the east of the island, off Famagusta, Turkey has reserved an area for seismic surveys by the vessel Barbaros Hayreddin Pasa.

This notice expires on June 30 – just days before Total and ENI are scheduled to start exploratory drilling for gas in block 11 south of Cyprus.

To carry out any economic activity, Turkey must ask permission from the jurisdictional coastal state (Cyprus), which it has not.

Politicians in trouble for failing to file expenses