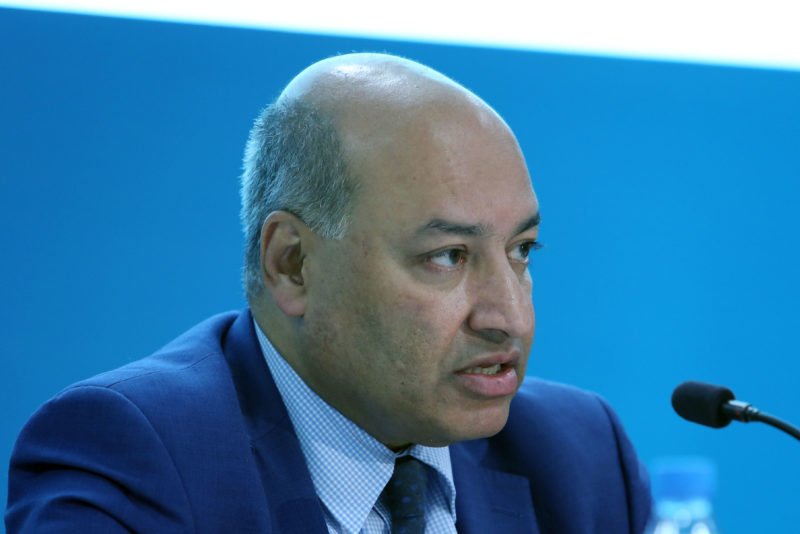 (Updates with information about Chakrabarti’s contacts in the fourth paragraph)

The chairman of the European Bank of Reconstruction and Development (EBRD) Suma Chakrabarti said that the London-based lender is “closely monitoring” reunification talks and is ready to contribute with investment if talks succeed.

“Should there be a successful conclusion to those talks, we will of course be ready to add significant investments to make that reunification a real economic success as well,” said Chakrabarti, who was addressing an audience at an event on Thursday in Nicosia during the bank’s annual general meeting.

“I am going to be meeting today my colleagues from other multinational development institutions to compare notes and agree on a coordinated approach to reunification investments. Together with the UNDP (United Nations Development Programme) work we can make a huge difference to the Cypriot economy”.

Later, the EBRD president chaired a meeting with representatives of the European Commission the World Bank, the International Monetary Fund, the European Investment Bank, the Council of Europe Development Bank and the United Nations and the Greek Cypriot and Turkish Cypriot chief negotiators.

The latter “briefed the participants on their talks so far,” the EBRD said in a statement. “During the private discussions, the international organisations shared assessments of the island’s economic needs and exchanged views on preliminary plans for assisting the private and public sectors in Cyprus. They agreed that in the event of unification they will seek to coordinate support for the economy of the unified island and their plans for financial assistance and investment”.

In his morning speech,Chakrabarti said that EBRD is also ready to provide support in the privatisation of large state enterprises and reforming the island’s energy sector with advice and financing.

The commercialisation of Limassol Port was one of the greatest “success stories of the government’s reform programme,” he said and added that EBRD is ready to assist in the privatisation of state-owned telecom Cyta and the “reform and potential privatisation” of state-owned Electricity Authority of Cyprus.

One of the “key reasons” for the bank’s presence in Cyprus was to support privatisations where the bank has a “wealth of experience and expertise,” he added.

“Support for the energy sector is an area where we think EBRD assistance can be effectively utilised,” he said. “We are ready to assist with the reform of the Electricity Authority (of Cyprus), finance further sustainable energy investments, renewable power generation, energy efficiency investments and help Cyprus increase its energy security by financing the natural gas reserves in its offshore waters,” he continued.

Finance minister Harris Georgiades has said in recent months that the government is working on the preparation of a new proposal to partially privatise Cyta, after political opposition a year ago forced it to withdraw a draft bill it submitted to parliament. In 2015, the government ditched its plan to privatise the power producer following strong union resistance. The privatisation of the two corporations and Limassol port were part of Cyprus’s bailout programme aiming at generating €1.4bn to reduce government debt, currently at 107.8 per cent of the economy.

Chakrabarti said that EBRD, which has already invested €225m in Cyprus as part of a €700m pledge, has agreed to finance five photovoltaic parks that will increase installed capacity by 20 per cent.

The EBRD chairman said that 60 Cypriot small and medium-size enterprises (SMEs) have benefited from credit from the bank. Minutes earlier, he signed with Minister of Energy, Commerce, Industry and Tourism Yiorgos Lakkotrypis an agreement to support SMEs with €2.2m over a three-year period to help them improve their competitiveness, knowhow via specialised advisory and training support.

Chakrabarti added that the bank, which acquired a 5 per cent stake in Bank of Cyprus in 2014 and a 5.4 per cent stake in Hellenic Bank, is also advising the banking sector on governance and knowhow to reduce the non-performing loan stock. “With these two investments, we basically helped close the banking sector recapitalisation chapter and we are focused now on helping local banks to re-establish their links to the international financial sector” he said. “The Bank of Cyprus since made a huge amount of progress”.

The EBRD has signed agreements with five banks in Cyprus as part of its trade financing programme, which made €100m available for local businesses to import and export goods and services, Chakrabarti said. “Indeed, our trade finance programme was so successful here in Cyprus that the country quickly became the EBRD’s third most active trade finance country of operation”.