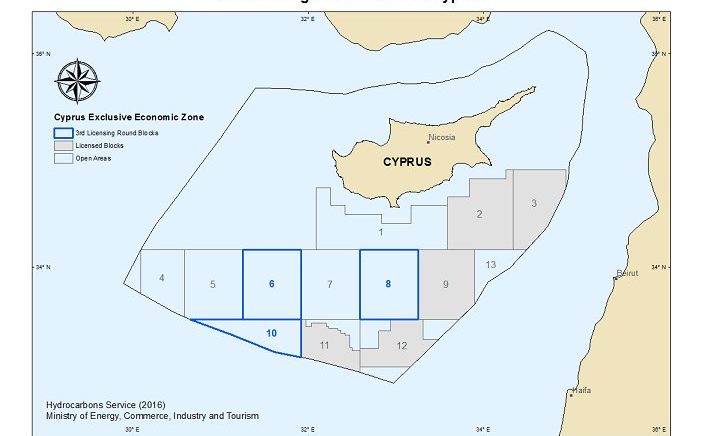 I very much appreciate your efforts so far to find a solution to the Cyprus problem. I hope and trust you will push to the end of the endeavour, which becomes lonelier as the difficulties and responsibilities grow bigger.

I am the oldest living Cypriot or Greek former foreign minister.

I am also the official who, on behalf of the government of Glafcos Clerides, pioneered and pursued – in an atmosphere of insults and disdain – the oil and gas reserves in Cyprus’s Exclusive Economic Zone (EEZ).

My dear president, I felt that I should write this note because I am worried. I am as worried about Cyprus as I was on certain occasions in the past when my fears were unfortunately proven correct. I write these lines with the humility of a person who has the largest part of life and experience behind him. I anticipate that you and the president and prime minister of Greece will heed my words, as the three of you are the institutional defenders of Hellenism.

We Cypriots, with few exceptions, have not acted with the correct vision and wisdom over the past 70 years. Our losses have been larger than our gains. We have ended up with 37% of our motherland under Turkish occupation for the past 43 years. Turkey was never condemned by the United Nations for this occupation, and nobody ever extended an effective helping hand. Not guarantor powers Greece and the United Kingdom, not Europe or anybody else. Nobody.

In the first fourteen years of the republic we and the Turkish Cypriots made many mistakes and committed many sins. Neither side accepted the new motherland. We stuck to union with Greece, they worked for partition. Two Greek-Cypriot blunders were the attempt to amend the constitution in 1963 and the House’s unanimous resolution for union with Greece in 1967. On account of this Turkey threatened to invade Cyprus on a number of occasions, but our leaders did not pay any attention. They thought Turkey was bluffing, that such aggression would be inconceivable against Cyprus, which was a member of the United Nations, the Non-Aligned Movement, the Commonwealth, the Council of Europe, and had signed an association agreement with the European Communities. Clerides had summoned a group of friends and associates to the upper hall of the House around 1973. He analysed the Cyprus problem and spoke about the existing dangers. I was there, a young industrialist at the time, one of the realists, the ‘timorous’, the ‘dangermongers’.  In 1974 we had the Greek coup d’ etat – described by Makarios as Greek aggression against Cyprus in his Security Council speech of 19 July 1974.  The following day we had the Turkish invasion, which nobody had anticipated except us, the dangermongers.  More than one third of our motherland was lost. Had we been more farsighted and wise in the first 14 years of the republic, I believe the Turkish invasion and occupation might have been avoided.

In the wake of the invasion a number of initiatives to solve the problem were undertaken. We had the best opportunities in the initial years after 1974, when most of the obstacles we see today did not exist such as the Turkish settlers, Morphou and the territorial problem, the users of properties, the rotating presidency, the Turkish investments, political equality, the four freedoms, water and electricity from Turkey and ‘virgin birth’. Those of us who supported a solution and warned that partition would stay for ever were labelled as acting against the national interests. Now, 43 years on, it appears that military occupation is probably here to stay and partition or annexation by Turkey may follow. Those who rejected good opportunities and destroyed Cyprus have never apologised. Had we been wiser in the first years after the invasion I believe we might have had a satisfactory solution on Cyprus, based on one of the positive plans proposed.

In the mid-1990s we had the purchase of the Russian S300 missiles, a wrong decision, initiated by Greece in a heroic mood. The Cyprus government and all politicians described it as a sovereign and holy right of defence. I was the only one who had a different assessment –   that Turkey and her western allies would never allow the installation of Russian missiles in Cyprus, next to the British bases. This was considered by many as a betrayal. Only myself, my wife Lelia and some close associates know about the difficult moments we went through. Eventually the missiles were shipped and paid for but they were unloaded in Crete instead of Cyprus, where they have lain in peace in the mountains since December 1998 under NATO supervision. Clerides told me that Turkey would have bombed Limassol, the port of unloading. So, I was right. We lost $270 million and our national dignity. The PASOK government in Greece never appeared and never apologized. We should have been wiser and more farsighted.

Nowadays, my dear president, we have to address another very important issue, the gas reserves in our EEZ. When I started the whole process back in 1998, Turkey kept threatening and Clerides was kept well informed. We believed we should be extremely cautious because we had positive indications about hefty wealth down there under the seabed. And the larger the wealth the larger the danger.

We knew well that many worldwide conflicts are connected to oil and gas, and that Greece had not moved into the Aegean reserves to avoid a clash with Turkey.

In view of this I put forward a proposal in 2006 for fair distribution of this wealth between the two communities – 75-80 per cent for the Greeks, 20-25 percent for the Turks.  I repeated this proposal many times and included it in an article on March 29, 2017. The Turkish-Cypriot ‘president’ in 2006, Mehmed Ali Talat, showed interest in my proposal, and said he would be prepared to take up the matter with Ankara. But our side did not respond.

The fair distribution of the gas earnings was supported time and again by many countries.  President of the European Council Herman Van Rompuy commented on the matter in May 2012. The Americans also made relevant statements. US Ambassador to Cyprus Kathleen Doherty said on May 5, 2017 that gas may be of help to Cypriots and the State Department said on May 10, 2017 that ‘oil and gas resources should be equitably shared between both communities in the context of an overall settlement’. Russian Foreign Minister Sergey Lavrov said on April 17, 2013, “Any exploitation of the natural resources must be based on consent, so that all Cypriots, without any exception, will benefit.”

Turkey keeps threatening us over hydrocarbons. Nobody will justify her menacing attitude or any action against us if she questions our sovereign rights.

But I am afraid that nobody will justify us over the rights of the Turkish Cypriots. The matter is extremely sensitive.

So, dear president, watch your step. You may study my proposal, if it is not too late. Neither the oil majors nor our ‘friends’ will offer a safety net. Turkey is an unpredictable and dangerous country. We know that better than anybody else – we had the 1974 invasion, the 1964 Tylliria bombings and the 1998 threat to bomb the S300 missiles.

Nicos Rolandis is a former commerce minister, foreign minister, MP and president of the Liberal Party

United cling on against Celta to reach Europe League final

Hydrocarbons development impossible without a settlement