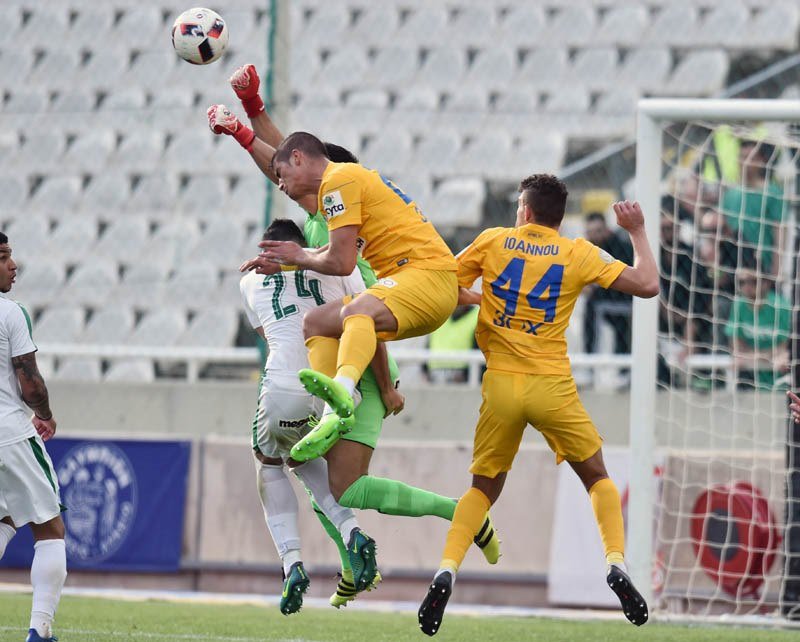 League leaders Apoel have a second chance in seven days to secure their 5th consecutive title by defeating local rivals Omonia on Saturday with a round to spare, while in the relegation group four teams (of the six) are still in danger of the drop and as things stand, everything may be decided on the final day in a week’s time.

Apoel, who missed the chance of clinching the title last week, will not want to let a second chance slip away. If recent results between the two sides is anything to go by – they have not lost to Omonia in four years – they should be able to record their fourth straight win against Omonia this season and be crowned champions.

Both teams have seen their form plummet in the past couple of months with Omonia losing four games since the second stage began, while Apoel have lost twice. However, the champions have also failed to defeat the two other teams gunning for the title – AEK and Apollon – on seven occasions, four times during the regular season and three times in the playoffs.

Omonia’s season is all but over with their chances of a European finish looking extremely slim. However, a win over their bitter rivals will salvage some pride, especially for their beleaguered fans, as they will spoil, or at least put off for another week, Apoel’s quest for the league title.

Omonia’s manager Akis Ioakeim will be happy to see Kari Arnasson and Aristidis Soiledis back in the reckoning, but Fanos Katelaris is out through suspension while Demetris Christophi will undergo a late fitness test.

Apoel’s manager Thomas Christiansen came under a lot of criticism for his team’s abysmal opening 45 minutes against AEK last week but everything will be forgotten if he can lead Apoel to their 24th decisive  win.

Embezilio is ruled out through injury, while defender Nick Ioannou will probably not be deemed fit enough to start the game. On the plus side, their captain Nuno Morais has shrugged off a knock he received a week ago and for the first time in almost three months Christiansen will have his most dangerous wide player Giorgos Efraim fit to start the game.

Second placed AEK face a tough tie at home to AEL and need the win to maintain their slim title hopes alive.

They will have to do so without four key players in Murillo, Tete and Acoran who are suspended, plus the injured Ivan Triscovski.

AEL’s recently appointed coach Bruno Baltazar has done well since taking charge and his team needs two points from their last couple of games to be certain of a Europa League qualifying game next season.

In the final Championship game third placed Apollon face Anorthosis 24 hours later than their rivals and will know if they still have a chance for the title.

Both sides have a number of key players out through suspension or injury and will need to find solutions with fringe players.

A few weeks ago, most believed Doxa Katokopias would be the third and final team to be relegation.

However, Doxa defied all odds after an excellent run in the playoffs and are no longer favourites to go down, with Karmiotissa now looking the more likely team to drop a division.

However, if Karmiotssa win both their last two games, Aris, Nea Salamina or Doxa will be playing second division football next year.

Aris are at home to group leaders Ermis Aradippou on Saturday, while on Sunday Karmiotissa travel to Nea Salamina and Ethnikos Achnas to entertain Doxa Katokopias.