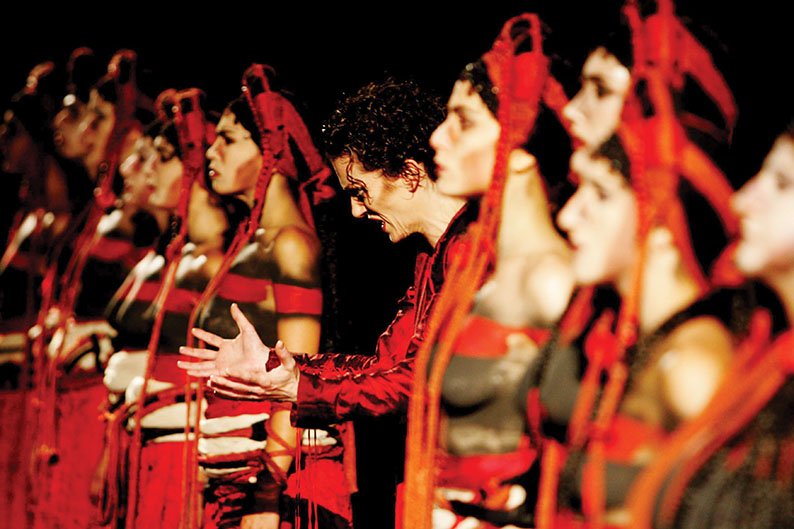 CHILDREN’S Rights Commissioner Leda Koursoumba said on Friday that the country should introduce a rating system at theatres following a number of complaints filed to her office where schools brought children to see age-inappropriate performances.

In a report on the assessment of youth and children’s theatre, Koursoumba said that there was no regulating framework for rating plays that was similar to that in cinemas.

The commissioner proposes the introduction of a rating system similar to self-regulating practices implemented in other European countries where theatre organisations rate their productions to help their audience decide whether they are suitable for children.

“Over time, parents have complained about the quality and suitability of theatrical performances addressed to children as well as the procedures followed by the competent authorities for their assessment and approval,” Koursoumba said.

She said she had received a complaint over the plot of a children’s play staged by the state threatre organisation (Thoc), which reportedly “contained elements that were inappropriate and difficult for young children to understand”. Another, she said, concerned a children’s musical staged by a private theatre organisation, which, “according to the complaining parent was of low intellectual and cultural quality and contained elements that promoted sexism, nationalism and racism”.

A parent filed a complaint over a play staged by another private organisation, Koursoumba said, which had the approval of the education ministry and which was seen by primary school pupils. “According to the complaining parent the content of the production was of poor quality and without any educational or recreational contribution to the children”. The complaint also concerned the way the play in question was promoted in schools.

Koursoumba suggests the launch by the education ministry’s cultural services and Thoc of consultations aiming at introducing a self-regulating practice as to the rating of all productions. The rating should be on every advertisement of each play production as well as a brief outline of the plot for additional public information.

As regards productions that primary education pupils can watch, Koursoumba said that there are regulations in place providing for their evaluation by an education ministry committee that gives the green light to those deemed as suitable for schoolgoers, but that improvements are necessary both as to the composition and training of the committee in question and the play qualification criteria.

Koursoumba also said that the fact that Thoc’s productions are excluded from the scrutiny of the education ministry’s committee is discriminatory against private theatre organisations and it “does not provide a guarantee of universal suitability for attendance of all its productions by students”.

As regards secondary education, the responsibility of choosing a play lays with each school administration that answers to the education ministry for its decisions, she said. She added that there are no guidelines or criteria set to help schools choose productions.

The report was sent to the education minister and a number of ministry officials and departments, to the director of Thoc, to House committees and other stakeholders.

The big issues of suicide on stage