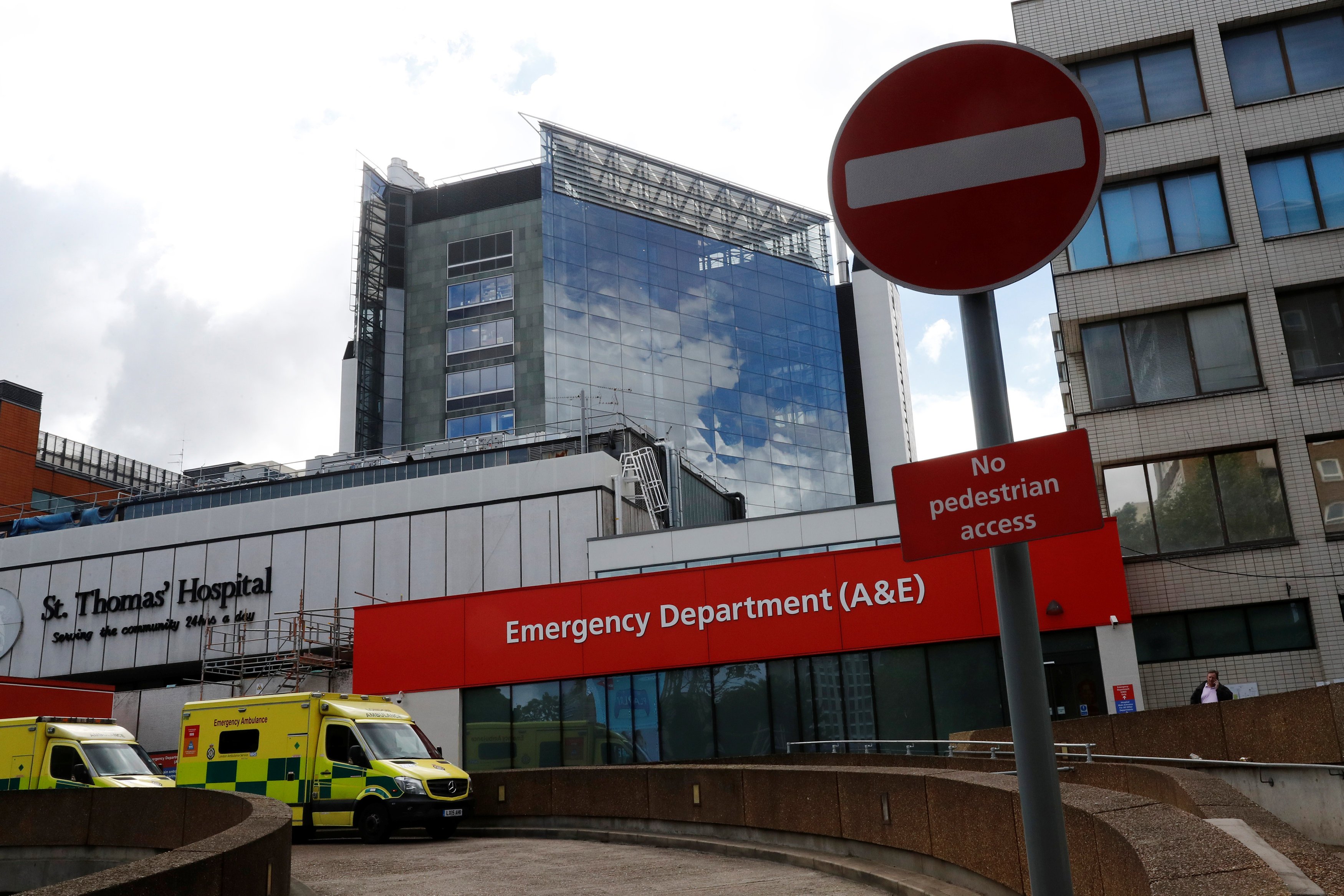 An ambulance waits outside the emergency department at St Thomas' Hospital in central London, Britain May 12, 2017. REUTERS/Stefan Wermuth

The ransomware encrypted data on the computers, demanding payments of $300 to $600 to restore access. Security researchers said they observed some victims paying via the digital currency bitcoin, though they did not know what percent had given in to the extortionists.

Researchers with security software maker Avast said they had observed 57,000 infections in 99 countries with Russia, Ukraine and Taiwan the top targets.

The most disruptive attacks were reported in Britain, where hospitals and clinics were forced to turn away patients after losing access to computers.

International shipper FedEx Corp said some of its Windows computers were also infected. “We are implementing remediation steps as quickly as possible,” it said in a statement.

Still, only a small number of U.S.-headquartered organizations were hit because the hackers appear to have begun the campaign by targeting organizations in Europe, said Vikram Thakur, research manager with security software maker Symantec.

By the time they turned their attention to the United States, spam filters had identified the new threat and flagged the ransomware-laden emails as malicious, Thakur said.

The U.S. Department of Homeland Security said late on Friday that it was aware of reports of the ransomware, was sharing information with domestic and foreign partners and was ready to lend technical support.

Telecommunications company Telefonica was among many targets in Spain, though it said the attack was limited to some computers on an internal network and had not affected clients or services. Portugal Telecom and Telefonica Argentina both said they were also targeted.

Private security firms identified the ransomware as a new variant of “WannaCry” that had the ability to automatically spread across large networks by exploiting a known bug in Microsoft’s Windows operating system.

“Once it gets in and starts moving across the infrastructure, there is no way to stop it,” said Adam Meyers, a researcher with cyber security firm CrowdStrike.

The hackers, who have not come forward to claim responsibility or otherwise been identified, likely made it a “worm,” or self spreading malware, by exploiting a piece of NSA code known as “Eternal Blue” that was released last month by a group known as the Shadow Brokers, researchers with several private cyber security firms said.

“This is one of the largest global ransomware attacks the cyber community has ever seen,” said Rich Barger, director of threat research with Splunk, one of the firms that linked WannaCry to the NSA.

The Shadow Brokers released Eternal Blue as part of a trove of hacking tools that they said belonged to the U.S. spy agency.

Microsoft on Friday said it was pushing out automatic Windows updates to defend clients from WannaCry. It issued a patch on March 14 to protect them from Eternal Blue.

“Today our engineers added detection and protection against new malicious software known as Ransom:Win32.WannaCrypt,” Microsoft said in a statement. It said the company was working with its customers to provide additional assistance.

The spread of the ransomware capped a week of cyber turmoil in Europe that kicked off a week earlier when hackers posted a huge trove of campaign documents tied to French candidate Emmanuel Macron just 1-1/2 days before a run-off vote in which he was elected as the new president of France.

Also, the hack happened four weeks before a British parliamentary election in which national security and the management of the state-run National Health Service (NHS) are important campaign themes.

Authorities in Britain have been braced for possible cyberattacks in the run-up to the vote, as happened during last year’s U.S. election and on the eve of this month’s presidential vote in France.

But those attacks – blamed on Russia, which has repeatedly denied them – followed an entirely different modus operandi involving penetrating the accounts of individuals and political organizations and then releasing hacked material online.

On Friday, Russia’s interior and emergencies ministries, as well as the country’s biggest bank, Sberbank, said they were targeted. The interior ministry said on its website that around 1,000 computers had been infected but it had localized the virus.

The emergencies ministry told Russian news agencies it had repelled the cyberattacks while Sberbank said its cyber security systems had prevented viruses from entering its systems.

Although cyber extortion cases have been rising for several years, they have to date affected small-to-mid sized organizations, disrupting services provided by hospitals, police departments, public transportation systems and utilities in the United States and Europe.

“Now that the cyber criminals know they can hit the big guys, they will start to target big corporations. And some of them may not be well prepared for such attacks,” Camacho said.

Iberdrola and Gas Natural, along with Vodafone’s unit in Spain, asked staff to turn off computers or cut off internet access in case they had been compromised, representatives from the firms said.

In Spain, the attacks did not disrupt the provision of services or networks operations of the victims, the government said in a statement.