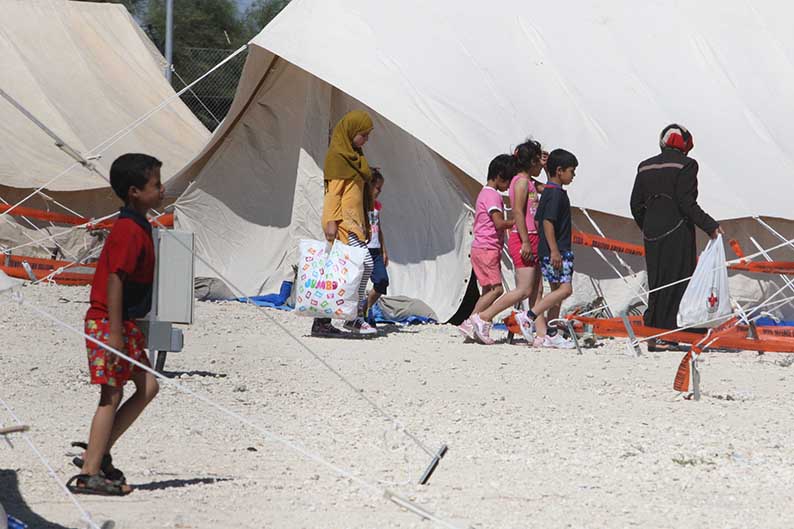 CYPRUS must work to protect ethnic minorities and human rights defenders from hate crimes and hate speech, formulate a comprehensive strategy for the social inclusion of Roma people, ensure equality for asylum-seekers, and end employment restrictions on domestic workers, a report by the United Nations Committee on the Elimination of Racial Discrimination, published on Friday, said.

According to the report, positive steps taken by Cyprus since the last report included the adoption of national action plans for gender equality and against human trafficking, and the ratification of the International Labour Organisation’s forced-labour protocol.

Noting that the Republic of Cyprus is “unable to ensure full application” of the UN convention on human rights, the committee said it “remains concerned that the current political situation hinders the efforts to protect vulnerable groups covered by the convention” in its territory.

Under ‘Concerns and Recommendations’, the committee recommended that Cyprus “take immediate measures to protect the safety and security of ethnic minorities and human rights defenders”.

It also recommended that Cyprus “ensure the adoption of comprehensive legislation on hate speech, […] enforce legislative provisions to prosecute perpetrators of hate crimes and hate speech, […] and provide information in its next periodic report, on the number of cases reported, investigations, prosecutions, and convictions of perpetrators”.

While hate speech laws are designed to protect vulnerable groups, critics worry that they could also be used by authoritarian governments to stifle dissent, or as a means for the more vocal members of a society to shut down political discourse by labelling opposite views as racist. A number of speakers in the US and the UK have been de-platformed in recent times because those on the opposite end of the political spectrum did not like their views.

Elsewhere in the report, under ‘Situation of Roma/Kurbets’, the committee recommended that Cyprus develop a comprehensive strategy for the inclusion of Roma/Kurbets to ensure that they have access to adequate housing, education, employment, and healthcare, without discrimination or stigma.

With regard to the state of Cyprus’ treatment of asylum-seekers, the committee called for the expansion of existing reception facilities and ensuring that “all asylum-seekers have access to important services, such as medical care, housing, and transportation from the remote Kofinou Reception Centre”.

It also recommended that the state ensure equal opportunities for asylum-seekers, including by “permitting employment in a wider range of sectors, and provide asylum seekers with access to social assistance programmes, taking into account individual circumstances”.

Further, it called on Cyprus to ensure the “same social assistance benefits to asylum seekers as to citizens, without discrimination”.

On domestic workers, the committee reiterated its previous recommendation to end restrictions on change of employers.

“The Committee recommends that [Cyprus] allow all foreign domestic workers who meet the necessary criteria to receive equal consideration for long term resident status, without discrimination,” it said.

“The Committee further recommends that [Cyprus] include domestic workers in the National Action Plan for the Integration of Third-Country Nationals Legally Residing in Cyprus.”

With regard to complaints of racial discrimination, the committee urged that they are “properly registered, investigated, prosecuted, and the perpetrators penalised”, while ensuring that “methods for judicial recourse are administered in an open and accessible manner allowing victims to lodge complaints”.

Cyprus should also provide updated data in its next periodic report on the “number and types of complaints on racial discrimination reported, as well as prosecutions, and convictions of perpetrators”, the committee said.