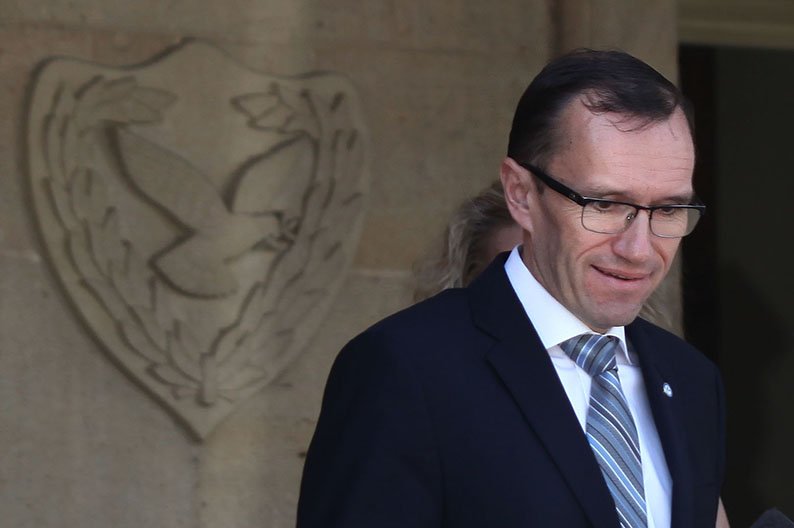 TO SOME, it seems strange that President Anastasiades has gone so far over the limit that he now finds himself in open confrontation with the UN just as happened in the past under presidents Kyprianou and Papadopoulos.

For those who know him better it is no surprise. His burning desire to carry on sitting in the president’s chair is so over-powering it could push him to even worse things. The confrontation with the UN is just an illustration of his intention to lead the peace process to deadlock and focus on his re-election campaign.

His contemptible action to encourage Greece’s Foreign Minister Nikos Kotzias to send the UN secretary-general that appalling letter in which he described Espen Barth Eide as a “lobbyist for Turkey” was enough by itself to show the true character of our president. As much as we may not like it, this is the real Anastasiades.

One wonders, however, what crime Eide committed to so upset our president and his sidekicks. Here is an excerpt from his offending comments:

“There has been progress in the negotiations but we all know the window of opportunity will close. Our time is limited and we must make the most of it in the most effective way. If there is a direct showdown over drilling, my worry is that it can be potentially more dramatic than in 2014. When we say the window of opportunity is closing I am referring to this situation. The time must be used properly without the explorations for natural gas turning into a dramatic showdown.

“Many, on both sides of the island, say that this is the final opportunity for Cyprus solution, but I consider that this is the best opportunity. We are on the verge of great progress or collapse. Either the first or the second will happen. On the horizon there is a possible crisis regarding the exploration for natural gas in July. I do not think it will go away on its own. On the contrary, I see it approaching.”

This was what upset Anastasiades and prompted him to express his sadness because the UN special advisor “tends to adopt positions expressed by the one side”. And the indescribable government spokesman Nicos Christodoulides explained this annoyance by saying Eide “has adopted with his statements the threats we hear daily from the Turkish side” and that he “cites Turkey’s threats in order to exercise criticism of the Cyprus Republic’s energy plans indirectly”.

The things Eide says sound very reasonable and only those looking for pretexts and excuses could misunderstand the meaning. How can anyone surmise that the UN special advisor has adopted “the positions and threats of Turkey”? The man evaluates events and developments and, based on these evaluations, expressed the fear that these could cause problems. He neither adopts nor cites Turkey’s threats.

On the contrary, he sees them, he worries and then he urges the two sides to make the most of the opportunity for a settlement that exists, something to avert a “dramatic showdown”. Where did Anastasiades and his spokesman see Eide adopt the Turkish threats by Eide? Instead of being grateful because the man has identified possible dangers – visible to anyone with half a brain – they are dismissing him as an ally of Turkey!

By this logic they should also have accused Greece’s Defence Minister Panos Kamenos of adopting Turkey’s threats as he was the first to warn us about a “heated incident” in the summer. In reality Eide is our ally. It is us he is trying to protect with his advice, because we are the ones in danger.

“We are in procedure and seriousness is demanded of everyone and we expect to see this seriousness from everyone,” we were told by Christodoulides while he was in New Delhi. He was absolutely right, but the people displaying no seriousness at all are Christodoulides and Anastasiades, who, having escaped from the negotiations at Mont Pelerin, completely forgot about the settlement, declared war on the UN, put on their patriotic outfits and started playing the pseudo tough guys.

The president, who has already begun his campaign touring, has even borrowed Papadopoulos’ slogan (now he also opposes “any solution”) while he moves full steam ahead to the elections. His only aim now is to remain seated in the comfy chairs of the presidential palace for another five years.

‘Rumours of our demise are greatly exaggerated’