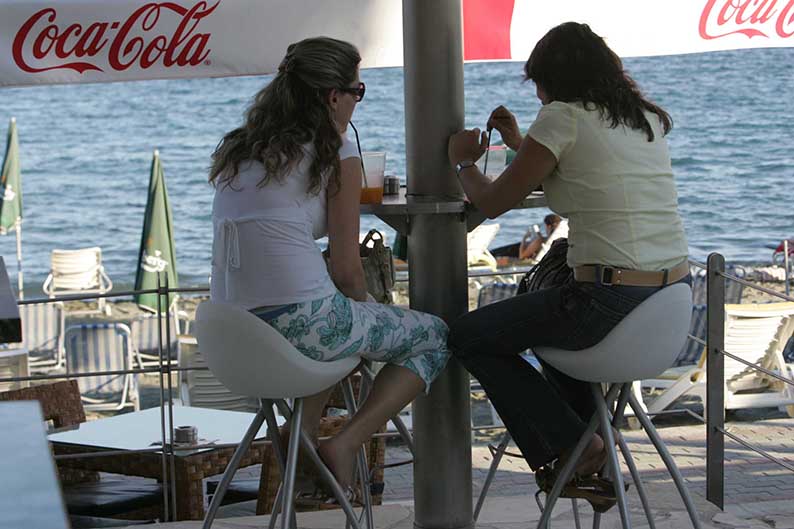 The announcement this week that the government intends to pay mothers of large families an allowance for their grown-up children could easily be dismissed as a classic example of how Cypriot mums cling to their children long after they’ve reached adulthood.

As always, the truth is a bit more complex.

The allowance, announced by President Nicos Anastasiades, applies to mothers with four of more children who are too old to receive child benefit.

The one-off annual payment will depend on family income with the highest pay-out being €300 for those earning below €15,500 a year. The new allowance is considerably less than the around €70 per month such families received until 2012 when it was discontinued due to cutbacks.

The news was welcomed by the organisation of large families (POP) that argues that children need their parents’ support well after they reach 18.

“Just because a child turns 18, does not mean they are not dependent on their parents. They go off to study, they rely on their parents for a number of years. And it is not the same sending four children to study as it is one,” the head of POP, Ntinos Olympios, told the Sunday Mail.

A mother’s needs do not go away even after her children become adults, Olympios said. “There are debts to pay off, mortgages, they need support. The income of large families go up in smoke a lot faster than those with fewer children.”

The allowance also honours those mothers for contributing to Cypriot society, he argues.

“They have sent their sons to serve in the National Guard, they gave society tax-paying citizens. The more the children, the bigger the contribution,” Olympios said.

For 58-year-old Niki Vasiliou, the mother of four grown up children aged between 38 and 24, the allowance will help with practical matters.

“We had received a loan from the POP cooperative bank to help some of our children when they were younger and the allowance I used to get until 2012 was going to the payment of that loan. After it was discontinued, it upset the balance as I was relying on it,” she said.

The €300 per year will hardly solve her financial issues, but it is a recognition of what she has offered so far.

“I hope everyone realises that when you have more than one or two children, expenses are much higher. There is no tuition but you still need a lot of money on uniforms, afternoon classes, school transport, etc,” she said.

She added that the family, when her children were minors, used to receive an allowance – around CY£50 (€85) per child per month – which was discontinued as soon as they reached 18.

Vasiliou is still working hard to support herself and pay her loans. “Any savings we may have had were easily gone.  You can only dream of having savings when you have four children who need your help.”

The widespread perception that Cypriots, like other southern Europeans, tend to leave home later than northern Europeans is reflected in a recent Eurostat study.

But Cypriots are by no means the worst at being reluctant to cut the apron strings. They are only a year above the EU average at leaving home and are positively independent compared to Malta where offspring don’t tend to leave home until they are 31.8 or Italy at 30.1.

Significantly too, the average age that Cypriots leave home has actually risen since 2000 when it was 25.3.

This may have been partly because Cypriots used to marry younger back then and most certainly because the economic situation was better.

The financial crisis of 2013 has had an obvious impact on the numbers of adult children still living at home. Vasiliou has a 30-year-old son at home because his salary is too low for him to live alone.

“I don’t mind him still living in the house but at some point, he has to move out. I know that at the moment he can’t afford to. He does occasionally help pay utility bills or bring home groceries,” she said.

“There is high unemployment, how is one to take the plunge and get married and start a family?” said Olympios from POP.

But for Birgit, a no nonsense German mother, who has been living in Cyprus for 30 years, the economic crisis can’t hide a fundamental difference in approach to parenting that makes Cypriots more likely to say at home.

“I taught my children to iron and wash clothes and I don’t make their beds. I heard Cypriot mothers who do these for their grown-up children,” she said.

And then there’s the economic aspect. “In other countries children who stay with their parents are forced to contribute to the expenses or pay rent.”

But British mother Eileen Kelly, who has also lived in Cyprus for 30 years, admits Cypriot parenting skills have rubbed off on her to sometimes absurd extremes.

She once ordered a Domino’s pizza in London from Nicosia, and had it delivered to her 30-year-old son.

“My son is not known for managing his money very well. At some point – he was still paying off a college loan while he was working –  and he miscalculated and ended up with nothing to eat,” she said.

“So, I ended up calling Domino’s pizza in London from Cyprus and ordered a pizza for my son who lived down the road from them,” Kelly said.

She acknowledges that there has to be a balance.

“Some Cypriot parents go so far that they spoil their children, not being able to stand on their own two feet, but at the same time I understand why they do it,” she said.

“I wouldn’t take money from my own children but if they were earning more than me, then yes why shouldn’t they pay towards the electricity, etc?”

Psychologist Thekla Petridou sees an unhealthy element to the longevity of Cypriot childhood.

The parent-child co-dependence evident in Cyprus is, she says, a form of “emotional incest” whereby a parent looks to their child for the emotional support that would be normally provided by another adult.

“it is clearly a matter of culture in Cypriot society that parents must care for their children in terms of their financial support and even provide shelter and food when they are adults,” she said.

This attitude is found in closed, traditional societies like Cyprus, where family bonds are very strong and there is strong prejudice around the freedom of a woman or man when they become parents as to their private lives.

“Parents don’t realise they are doing this and should ask themselves if, children aside, they have a happy life, have hobbies, relations with other adults in their lives.”

But whatever the psychology of the matter, poor finances remain a major disincentive to independence.

Those on low incomes who decide to leave home, get an apartment and make it on their own, are faced with time-consuming red tape when filing for state aid.

Nearly nine months ago Marilena and Alexandros – both 24 and on low incomes – applied for the rent allowance given to refugees and their children.

“We filed last August, it took them eight months to examine our application, and they sent us a letter last month which arrived just two days before the deadline they had set to submit additional documents they had requested,” Marilena told the Sunday Mail.

“We were finally told we had been approved a few days ago.”