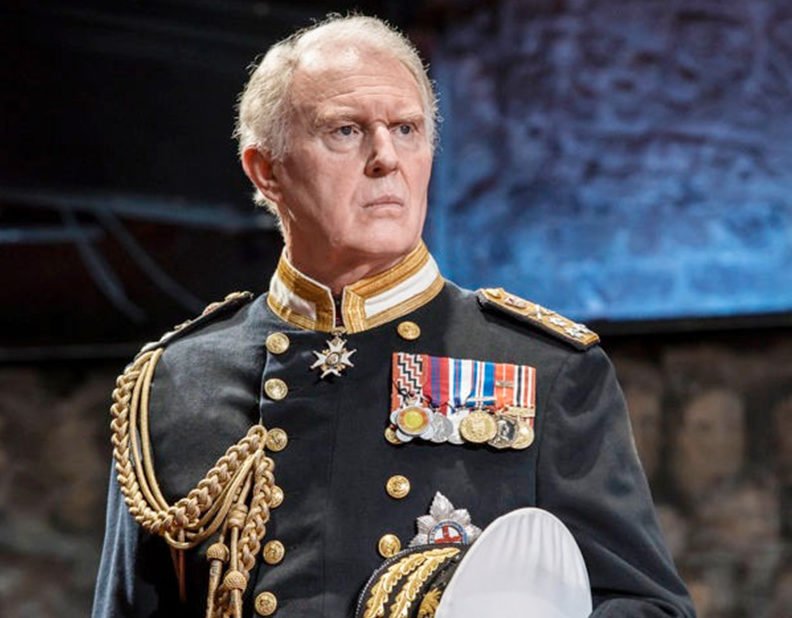 Prince Charles as portrayed in the drams. Charles is the last person on Earth to use the hard power ascribed to him in the television drama

IT WAS uncanny to watch the funeral of HM Queen Elizabeth II on television last Wednesday. Unscrupulous television producers and unimaginative writers are shameless in their pursuit of controversy and ratings.

It was also disgraceful to see Catherine, Duchess of Cambridge, portrayed as a manipulative, ruthless wife who treacherously conspires with the prime minister to pressure Prince William to force his father, King Charles III, to abdicate. The language of the play was at times mock Shakespearean, although not in the league of Lady Macbeth’s ‘infirm of purpose give me the daggers’ in the Scottish play

The play called Charles III was adapted for television and shown on BBC 2 at prime time is so implausible it did not occur to anyone at the BBC to think that it was in very bad taste to show the funeral of the reigning monarch while she is still very much alive or to ascribe to Catherine acts of virtual treason. Artistic licence may provide a defence in the courts but it is no excuse for bad taste.

The plot is as banal as it is cheap. Charles has just succeeded to the throne following the death of his mother. Pending his Coronation, he refuses to give royal assent to a law to control press freedom provoking a constitutional crisis which he tries to resolve by dissolving Parliament and calling a general election. This unleashes a constitutional crisis and divides the royal family and the country. There are riots in the streets and tanks at Buckingham Palace.

Catherine plots with the prime minister and manipulates William to upstage his father forcing him to abdicate. William is crowned king by Charles who unceremoniously grabs the crown from the archbishop and places it on his son’s head –   there is a moment of artificial suspense when the impression is that he will crown himself a la Napoleon Bonaparte but, predictably, he places the crown on William’s head and departs bereft and depressed. Charles is portrayed throughout as troubled, weak and indecisive.

From the moment the late Diana Princess of Wales and Charles separated, there has been a campaign to skip a generation in favour of William, on the spurious ground, promoted by Diana, that he is not up to the top job –  as Diana famously said of the job of being king in her crazy interview with Martin Bashir. This television drama is totally lacking in originality. Substitute Catherine for Diana and add a few of Britain’s pet preoccupations and you have television drama fit for BBC TV no less.

The path of monarchs straying beyond the limit of their prerogative powers is well trodden. One of the Royal Family’s closest friends, King Constantine of Greece, would freely admit that he made a huge mistake to cross swords with his elected prime minister that plunged Greece into a political crisis that reverberates to this day.

In 1965, he refused to agree his prime minister’s choice –  of himself –  as defence minister precipitating a constitutional crisis that resulted in the military coup d’etat of 21 April 1967. After a failed counter coup in 1967 Constantine fled the country and Greece remained in fascist control for seven years, which came to an end after the well-known events in Cyprus in 1974.

In December 1974 Greece held a referendum whether to restore the monarchy. The Greek people voted to become a republic, leaving Constantine rejected and dejected. He settled in the UK and is one of Prince Charles’ best friends. He has now mellowed and returned to Greece where he lives as an uncommon commoner.

A modern king performs the dignified aspects of government as head of state. Allegiance is owed to the crown as the sovereign, whereas the governance of the state is carried out in accordance with normal principles of representative democracy. According to the well-known political journalist, Walter Bagehot, in a constitutional monarchy, the sovereign has the right to be consulted, the right to encourage and the right to warn those exercising power, but otherwise to follow the advice of ministers that command the support of parliament and to give Royal assent to laws passed by Parliament. The monarch has no hard power but a lot of soft power. Charles is the last person on Earth to use the hard power ascribed to him in the television drama. The temptation to cast Charles III as a problem king should have been resisted.

His namesake, Charles I, was decapitated for treason. He was an absolute ruler who ruled in accordance with the divine right of kings. He had refused to be a constitutional monarch and his reign was intolerable. Britain then became a Republic for 11 years until monarchy was restored under Charles II after the death of Cromwell in 1660. By contrast Prince Charles will succeed his mother who has been model constitutional monarch. His pedigree is impeccable; his training prolonged; and his attitude liberal and progressive. The scene in the drama in which he barges into the chamber of the House of Commons claiming his ancient right to dissolve Parliament is preposterous.

I would not presume to advise Her Majesty on a matter as delicate as the portrayal of her funeral in this BBC drama. On the other hand a short curt note to Auntie that ‘rumours of our demise have been greatly exaggerated’ to show mild royal displeasure, would be much appreciated by her older subjects

Incidentally, the title of Queens Counsel is entirely honorific. I have never advised HM on anything and would not presume to do so.

Aware of looming dangers, Eide is trying to protect us

Coffeeshop: All hail the born-again rejectionist