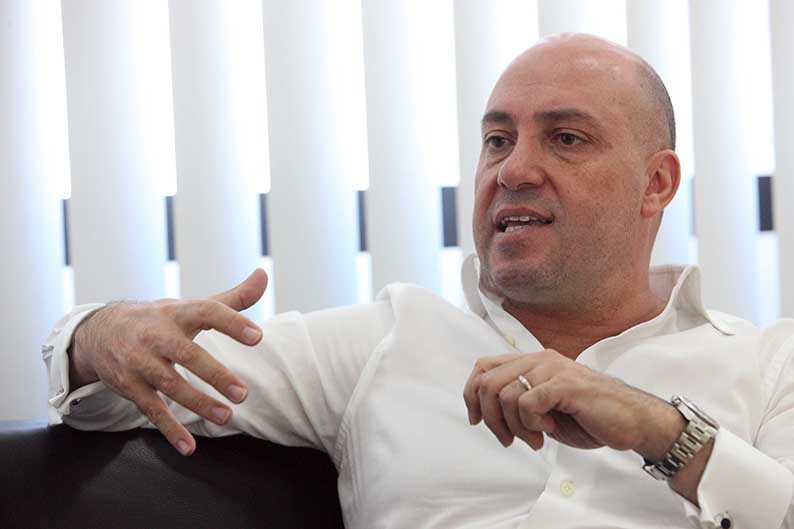 Health Minister Giorgos Pamboridis welcomed on Monday the agreement achieved between the government, trade unions and employers on contributions to the National Health Scheme (Gesy) fund and called on the only partner that did not sign, the Employers and Industrialists Federation (OEV), to join the club.

The agreement was among the remaining issues in negotiations between the government and stakeholders over how much each side would contribute to the fund.

“The minister of health wishes and hopes that OEV, which did not endorse the current declaration, will eventually join in what has been agreed by all the other social partners and the state,” an announcement said.

But OEV sent on Monday a letter to President Nicos Anastasiades and the parliamentary parties proposing that contributions from employers and employees to Gesy should begin only after a study has been carried out confirming that “in practice the economic, administrative and organisational (state hospital) autonomy has been achieved as originally set”.

This study, OEV said, must be approved by both the cabinet and the parliament.

The employers’ organisation, which included in its letter another proposal providing for a multi-payer system insurance for at least the first three years of Gesy, has long voiced its concerns over the viability of the new health scheme for quite some time. In the letter, it said that estimates on the real cost of the health coverage of the entire population have not yet been completed, and that there has never been a government study on the economic impact of Gesy.

During a press conference to announce OEV’s proposals, director Michalis Antoniou, refrained from commenting on the deal that had been just signed by everyone except by OEV.

He said that OEV did not have the desire or the power to hinder introduction of the Gesy, but that they would like to ensure that it was “viable, it will not choke the economy, it will not collapse and create more problems instead of solving the existing ones”.

OEV’s second proposal calls for employers and employees to either enter the public healthcare system or keep their existing health insurance for the first three years after Gesy is introduced.

Those who opt to keep their private insurance schemes, would not be entitled to coverage from the Gesy fund and would be called to pay the difference between their premium and their share of the Gesy contribution so as not to affect the Gesy budget.

It added that after this period, further planning could be made based on the experience of these three years.

OEV said that their proposals would achieve a smooth transition of the existing private sector health care system to the new state of affairs and also ensure that the implementation of a “huge undertaking” would not begin before state hospitals were ready.

To create conditions to put Gesy on a solid foundation and help decongest state hospitals, thus giving the state some breathing space, OEV said that it has undertaken a separate initiative to help “more people enjoy healthcare”.

To implement this initiative, OEV has asked the association of private hospitals (Pasin), the insurance agents’ association and the medical association (CyMA) to design a new insurance product catering for organised groups and businesses.

The government is pushing for a single-payer system, as per the 2001 Gesy law.

Pamboridis told MPs last week that his ministry and the trade unions of healthcare professionals are close to a deal on most labour matters relating to Gesy and the two government bills introducing universal healthcare will be brought to the plenum next month after months of haggling.