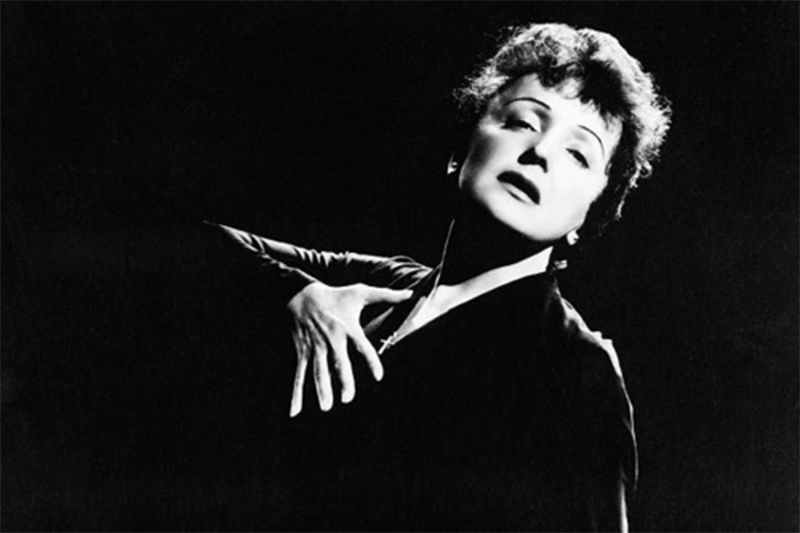 The French cabaret singer, songwriter and actress Edith Piaf was one of France’s greatest international stars and became a world-wide legend after the release of the 2007 biographical film La Vie En Rose. This legend is no less admired on our shores, and to share their musical respect for the singer, four musicians will perform a tribute concert to her in Paphos on Friday.

Reminding us of some of Piaf’s greatest hits, such as ‘La Vie En Rose’, ‘Padam Padam’, ‘Je ne Regrette Rien’ and many more, will be the Steppin’ Out Jazz Band. The band, vocalist Alice Ayvazian, Konstantinos Efraimidis on clarinet and saxophone, Dimitris Miaris on piano and Greg Makamian on double bass, is known for performing swing standards from the 30s, 40s and 50s. In their repertoire, the band members continuously show their admiration for some of the great composers of that era, including George Gershwin, Duke Ellington and Richard Rodgers. Anyone who has heard the band perform will know that they take listeners back to a time when Ella Fitzgerald, Billie Holiday and Sarah Vaughan – among others – ruled the soundwaves of the jazz and blues genres.

But before they came together to enrich the local jazz scene, each one of these musicians had already started to write their own professional stories.

Ayvazian has a Bachelor’s Degree in Vocal Performance from Berklee College of Music, Boston, Massachussets, and two Master’s. During her time in America she participated as lead and backing vocalist in numerous studio recording projects as well as performances and concerts. She has also performed in various venues, concerts and special events in Cyprus and has conducted numerous vocal workshops for choirs and other educational institutions.

Efraimidis, from Greece, is a classically trained clarinetist who received his diploma from the State Conservatory of Thessaloniki. Since moving to Cyprus he has become an active member of the local music scene.

He is currently continuing his music studies in Jazz Performance under the instruction of saxophonist Charis Ioannou at the University of Nicosia.

Miaris had his first connection with Jazz through the Jazz Futures workshops in Nicosia when he was 16. Since then he has attended a number of workshops in Cyprus and in Italy and has received a Bachelor Degree in Jazz Piano from the Ionian University’s Jazz Department.

He also shares his musical talents with the Greek traditional band Neorebetes, which has performed in Greece, Russia and Australia.

Makamian has performed besides a number of great musicians, including Chris Byars, Pasquale Grasso, Zaid Nasser and many more. Recently he performed with the Cyprus Symphony Orchestra & the Charis Ioannou group, presenting the music of Charlie Parker – Bird with Strings.

At the moment, he is in the process of recording an album with the Charis Ioannou & Ioannis Vafeas quartet. Awaiting the completion of the album, the double bass player continues to be the band leader of Mood Indigo, which performs all around the island.

Russians seeking to form their own party