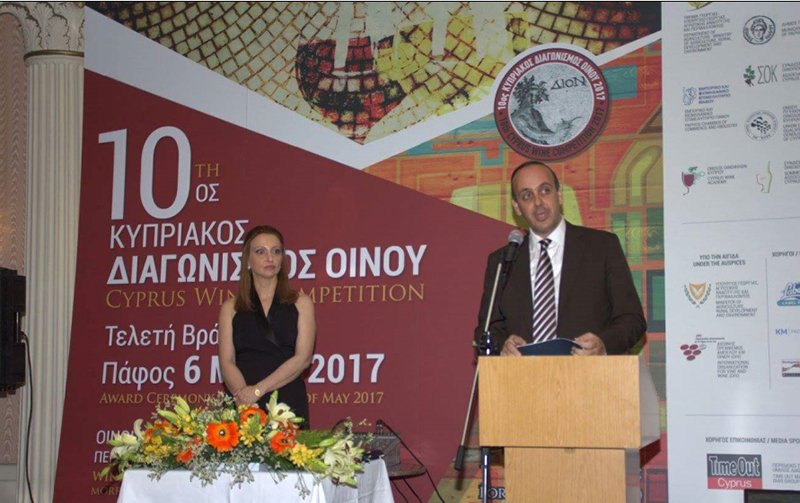 A total of 147 wines competed last weekend in the 10th Cyprus Wine Competition, aiming for gold, silver and bronze stickers indicating a quality product from what has become an annual event.

And in another sign of how vibrant the wine industry is on the island, over 20 wineries were in competition in the event, which is now held under the auspices of the ministry of agriculture. In the end no bronze awards were given because of the high number of silvers.

The Cyprus Wine Competition is now an institution. It is, in a way, one of the best methods to evaluate Cyprus wines, and has a lot to offer to all local vine growers and wine makers. It is also a way to attract the attention of the media in Cyprus and abroad as several journalists from other countries joined the seven-member jury of international judges who had the task of judging the wines by blind tastings.

Wine has been made in Cyprus for over 5,000 years and the island has an excellent climate for it with its long hot summers to ripen the grapes. The message of the competition was that Cypriot winemakers must stick more to the local, indigenous varieties. The only grand gold medal was awarded to 2010 Commandaria Aes Ambelis.

The jury was slightly disappointed this year with the Cyprus reds, as several samples were found oxidised and with some defects. But they were impressed with both rosé and especially the whites, with Xynisteri leading, followed by Morokanela and Promara. A new imported variety, Altes, was introduced along with a couple of dry Muscat, and only one Sauvignon and Chardonnay. Shiraz was the grape variety that won most medals, while only one Cabernet Sauvignon did.

Special awards were given to Kolios Winery’s 2012 Ayios Photios for its Maratheftiko varietal, and Gerolemo Winery for its 2016 Morokanella white varietal. Laxia 2015 of Santa Irene in Pharmakas village was awarded the special award for local Mavro varietal and 2016 Tsangarides Winery was given this special award for its Xynisteri. The local white 2015 Promara of Vouni Panayias was given the last special award.

This page will feature tasting notes of the winners at the first opportunity. In the meantime, I would like to congratulate not only all those winemakers that won a medal, but also all wine makers who entered their wines in the competition. Time and consistency in quality will do them justice in future competitions.

The President of the Jury of Tasters was Dr Jean-Claude Ruf, from France, who is actually acting as the OIV Commissioner and Head of Unit Health and Safety. OIV stands for the International Organization of Vine and Wine. The competition is under the auspices of the OIV and the ministry is obliged to follow its rules and regulations in terms of blind tasting, marking the wines and distributing the medals.

As for the rest of the panel, there was only one Master of Wine (MW), Demetri Walters of Berry Bros & Rudd of London. Demetri is keen on Cyprus wine as some are introduced and promoted by Berry Bros and Ruud shop’s in London. His professional interest comes from the fact that his mother was born in Pachna village.

To complete the jury the five other seats were taken by expert oenologist Marie-Laurence Porte who was very active in Bordeaux and works for several Petit Château, oenologists from Greece, Apostolos Matamis and Dr Evangelos Soufleros, also a viticulturist who teaches at Aristotle University of Thessaloniki, active wine writer in social media, consultant and sommelier Gerald Olivier and Sotiris Neophytidis of Four Seasons Hotel in Limassol and winner of the best Sommelier of Cyprus in 2016. Sotiris was the only Cypriot on the panel, complying with OIV regulations which state that only one native member of the organising country is allowed.

The Cyprus Union of Qualified Oenologists was the host of the annual awards ceremony held at the Annabel hotel.