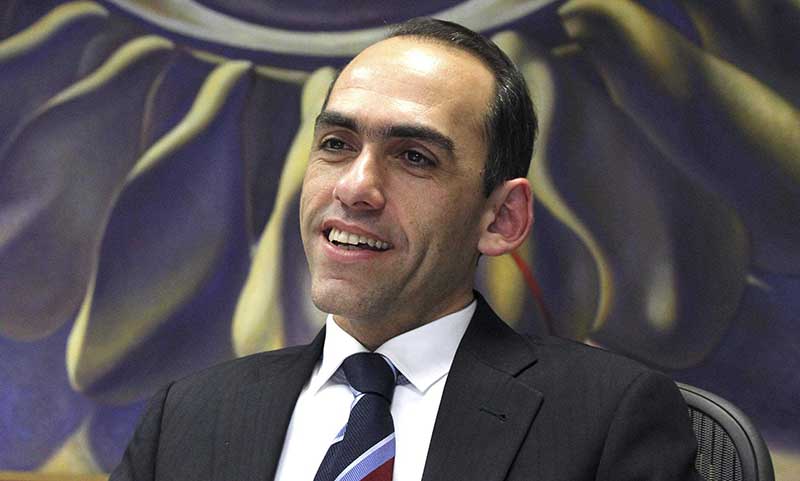 The government expects to collect over €7.4bn in 2018, or 3.6 per cent more than this year, and spend just below €7.4bn, up 2.9 per cent, Finance Minister Harris Georgiades said on Thursday.

Addressing reporters after the cabinet approved the fiscal management framework for 2018 to 2020, Georgiades said the government will increase primary spending by €150m next year, according to a statement emailed by the Press and Information Office.

“The increase in spending is within acceptable boundaries, which means that we will have a balanced budget in 2018 with a primary surplus, and with the continuing drop in public debt, it will fall below the 100 per cent margin in 2018,” Georgiades said. “We are replying to those worrying, scaremongering, or predicting a fiscal derailment”.

On May 8, economist Symeon Matsis criticised the government for prioritising pay and welfare benefit increases over spending in growth boosting projects.

“These are projects that have been pending for decades,” he said. “These projects had not been included in the budget even during times we generated large deficits (and) spent money we did not have,” Georgiades said. “They are included and we remain within a balanced budget”

The government will continue to fund largescale university projects and strengthen research infrastructure, while projects in various districts announced by the president, relating to energy, water works, and health and education, will be completed.

Georgiades said the government also entered talks with the International Monetary Fund (IMF) and the European Stability Mechanism (ESM) “to secure their consent” for the early repayment of €280m, part of the €1bn loan received from the IMF as part of the 2013 bailout, as the government is in position to borrow money at a lower cost from international financial markets.

Cyprus saw the yields of its outstanding international bonds decline sharply in recent days. The yield of the €1bn bond maturing in November 2025 dropped on Thursday morning to 2.96 per cent, down 3 basis points compared to Wednesday, when it fell for the first time below the 3 per cent mark. The bond was issued at an average yield of 4.25 per cent.

Georgiades said that the finance ministry is evaluating and calculating the financial impact of the introduction of the national healthcare scheme, adding that “whatever the parliament decides with respect to the contributions, it will be implemented and the finance ministry will take them into account in its fiscal planning”.

Nile Rodgers has led the tributes to Chris Cornell