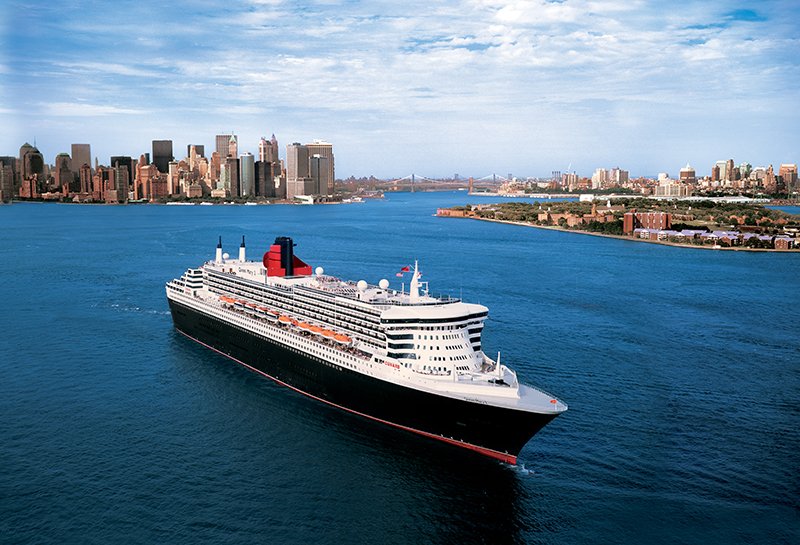 It is hard to take in the full height of the Queen Mary 2, one of the world’s largest cruise ships, which docked in Limassol port earlier this month and had visitors craning their necks.

Towering 62 metres high above water, and stretching 345 metres in length, the ship was in the Mediterranean, voyaging around the world, with Cyprus being one of its newest ports of call.

Boasting 1,360 staterooms and a capacity for 2,961 passengers, the grandeur of the ship rendered this visitor speechless as every corner has been adorned with detailed luxury. The rich colours of the carpets, the grand six-storey lobby and the three-storey Britannica restaurant with its luxury china all carry the hallmark of Cunard’s high standards and rich travel experience.

Before even setting foot on board, we are treated to lemon or orange flavoured water to cool us down, which is also being offered to those passengers disembarking for a few hours to visit Limassol.

We head on board – courtesy of a tour organised by Century Travel, Cunard’s representative in Cyprus – and are struck by the grandeur of a long hallway with a rich red carpet leading to the lobby primed with beautiful lighting, fresh flowers and a piano.

The elevators themselves sparkle under the golden light and we are transported to another universe when we enter the planetarium – the only one at sea – with a domed ceiling that takes passengers to other planets and galaxies – while they’re firmly in their seats.

The Queen Mary 2’s journeys include a world cruise; the Transatlantic, USA and Canada; the Baltic, Scandinavia and Iceland; Atlantic Isles and Canaries; the Mediterranean; the Far East and more.

With plenty of options for entertainment, there are a total of 13 bars and clubs and no shortage of places to go for a change of scenery with different décor in every venue to suit your mood. The informal King’s Court, seating 478 people, offers buffet style breakfast and lunch while at night, it transforms into four other dining options of Italian, Asian, Indian and American influenced Smokehouse.

Those embarking on a journey onboard the Queen Mary 2 can also expect a series of guest lectures from academics and experts in various fields. There’s also a designated IT room with computers where people can peacefully get along with any work they want.

When it’s time for a break, the Canyon Ranch spa – across two decks with 24 treatment rooms can offer just that. With large, peaceful treatment rooms catering to massages and even a doctor offering acupuncture services, you can be sure by the end of the voyage, having taken in all the sea air too, you’ll definitely be re-energised.

And if you fancy absorbing as much of the natural sun’s rays as possible, sunbeds are laid out on the very top of the 17-deck ship and there are four outdoor swimming pools to choose from.

For those travelling with children who want a break there is a supervised kids area with scheduled activities.
And if the largest ballroom at sea isn’t enough to burn off the calories, there are plenty of sport facilities to keep you in shape including a gym and half-size basketball court.

And with extra leisure time, the Queen Mary 2 boasts the largest library at sea, home to 8,000 books.

While you may think in all those hours at sea in between ports time may be hard to kill, the crew and the boat’s facilities ensure there are dozens of activities – both energetic and leisurely – to enjoy. One can’t forget shopping – just because you’re not on land doesn’t mean you can’t shop. The ship offers eight different shops including boutiques from Cartier, Chanel, Hermes and Dunhill.

To provide these facilities to passengers, over 1,200 people work on Queen Mary 2, living on the ship making life at sea their home.
In total, the grand ship weighs over 150,000 tonnes and took two years to construct. On board, about 16,000 meals are consumed per day and just as an indication of the level of luxury on board, 73kg of lobster and 3.3kg of Russian caviar are also consumed per day.

The annual tea consumption on the Queen Mary 2 could easily fill an Olympic sized swimming pool. Some 6,000 of cups are served daily and over 87,000 pieces of china and glassware are used in the dining areas each day.

If you own a pet, don’t worry. The ship has kennels staffed by a Kennel Master.
But no matter what you read or what pictures you see, the majestic sight it offers in person is something straight out of a movie. Except it’s very much real.

Century Travel is the representative of Cunard in Cyprus. Based in Paphos, they can be reached at 70000970, http://www.centurycyprus.com/

Paphos new showroom opening on May 20