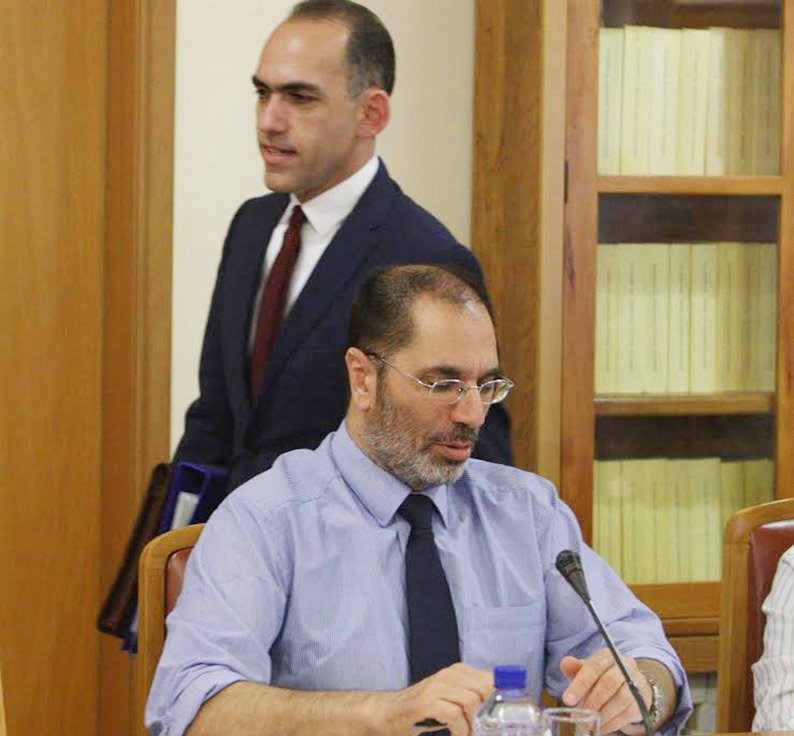 THE cabinet has decided that all ministers are to initiate a disciplinary probe of those civil servants simultaneously holding political party posts to determine which of them are in violation of the law.

The announcement of the cabinet decision was made by finance minister Harris Georgiades during a session of the House watchdog committee discussing the secondment of finance ministry employee Savia Orphanidou to the European Investment Bank (EIB).

Under a 2015 law, civil servants on the A8 pay scale and above may take up party posts as long as they obtain permission from the Public Service Commission (PSC) first.

This excludes simple party membership, which is not considered to be a party post.

The probe, Georgiades told MPs, will look into which civil servants serving at ministries occupy a party post without permission from the PSC.

Moreover, the probe will also cover those civil servants who received the PSC’s permission after passage of the 2015 law, but who did not have permission to hold the dual capacity prior to the law’s enactment, for the period covering 1990 to 2015.

“It’s out of the government’s hands, the law must be enforced,” Georgiades said.

According to the minister, the number of civil servants so far identified as having the dual capacity has grown from 39 individuals initially to around 75 to 80.

All such cases already reported, or which authorities are aware of, must therefore be subject to a disciplinary investigation, he added.

Georgiades appealed to political parties for their cooperation, urging them each to furnish the ministries with a list of their party cadres who hold a job with the civil service.

Should a civil servant be found culpable – not seeking permission to simultaneously hold a party post – sanctions range from a severe reprimand to the infraction being entered into the civil servant’s file, something which could hurt their advancement prospects.

Presumably the decision to penalise individuals in this way would rest with the PSC, which by law has power over all appointments, promotions and disciplinary control over civil servants.

It remains to be seen if the probe devolves into kabuki theatre, since it’s common knowledge that the PSC itself comprises party apparatchiks from across the political spectrum.

The whole affair emerged after the auditor-general was asked to look into how Orphanidou was seconded to the EIB.

The audit office found that the job opening was not communicated to all finance ministry employees.

But in the course of the same investigation the auditor-general also discovered that Orphanidou – a member of ruling Disy’s political bureau – had failed to request permission from the PSC to hold that party post.

Orphanidou was seconded on March 1 to the EIB’s offices in Luxembourg for two years. She will remain on the payroll of the ministry and will continue to receive her salary and related staff benefits, while she will additionally receive a special allowance to the tune of €50,000 per year which will be contributed by the EIB.

Kudos to the health minister for not backing down on Gesy

Down at the park, a festival promises much fun