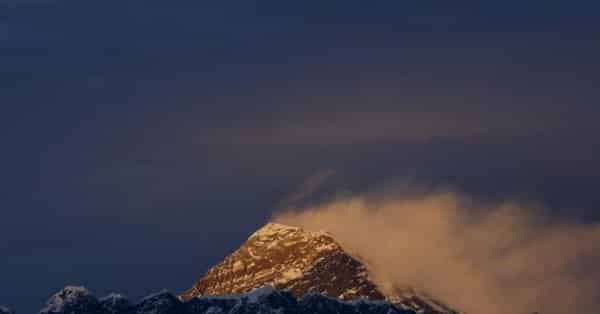 An American climber on Mount Everest died on Sunday, officials said, the third death on the world’s highest mountain in the past month and raising safety concerns for climbers.

Roland Yearwood, 50, from Alabama, perished at an altitude of about 8,400 metres (27,500 feet) in an area called “death zone” which is known for thin air, Murari Sharma of the Everest Parivas trekking company that sponsored his climb said.

“We have confirmation of his death but no other details are known,” Sharma told Reuters in Kathmandu. “It is also unclear if he was on his way up or down from the summit,” he said.

Yearwood was part of a 16-member team led by American climber Dan Mazur that is climbing the normal Southeast Ridge route from the Nepali side of the mountain.

Yearwood’s death comes a day after 26-year-old Indian climber Ravi Kumar went missing in the same area during his descent from the peak.

Kumar got separated from his guide near a place called Balcony on Saturday, Thupden Sherpa of the Arun Treks and Expedition company that sponsored Kumar’s team said in Kathmandu on Sunday.

“Three sherpa rescuers have been sent to search for Kumar,” Thupden said, adding the climber had been out of contact.

On April 30, a famed Swiss climber fell to his death near Mount Everest during preparations to climb the world’s highest mountain, while an 85-year-old Nepali man died at the base camp earlier this month while trying to set a record for the oldest climber.

Nepal has cleared 371 mountaineers to climb Mount Everest during the current season ending this month.

The future is robots