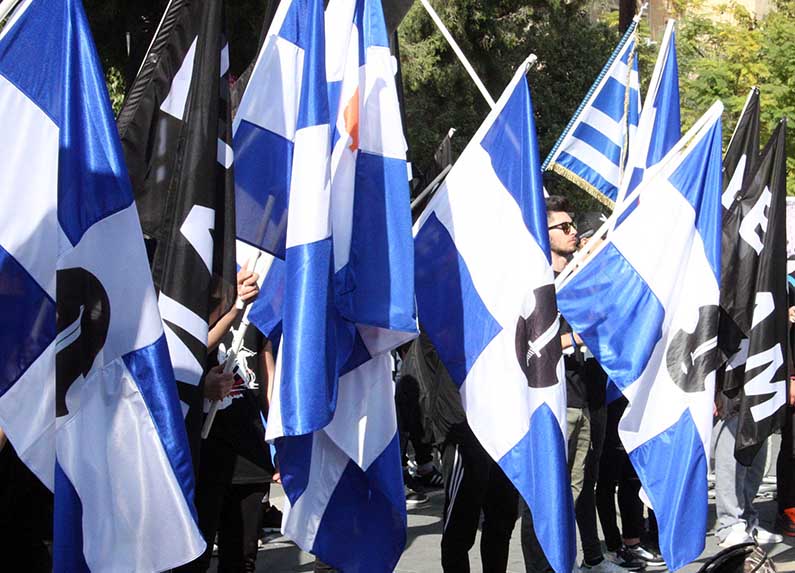 HOW MANY more decades, if not centuries, do we need to struggle to learn the alphabet of democratic life and become grown-ups? Is it too much to ask not to resort to verbal abuse when we disagree radically with someone? To use arguments to persuade instead of abuse? Is it too much to ask that adults develop free will instead of a will directed by the political parties, their grandmother, grandfather, father, mother, teacher or ‘educated’ friend?

Will we, in other words, ever acquire the intellectual freedom to stop our thoughts and speech depending on superstition, prejudice, ‘authenticity’, etc? All these thoughts go through my mind when I see on social media, especially on Facebook, the obscenities, insults and slander directed against all those who express a heretical – according to the abusers’ – views.

In sociology, there is an important term – socialisation – which refers to the process through which a person becomes a social being. To put it more plainly, socialisation means upbringing. The primary role in socialisation is played by family and school. Nobody is born a personality, but becomes one through socialisation. Nor is someone born a radicalised Muslim, Christian, fascist, communist or – what should interest us here in Cyprus – a free-thinking citizen. This leads us to conclude that those who express whatever belief or ideology they embrace through aggressive insults are not to blame. Their socialisation is to blame and the guilty party is our schools.

To have citizens capable of critical thought, sceptics who analyse, who are active instead of passive and are ready to question beliefs and values, who respect other points of view and do not become the victims of demagogues and liars – in order for quarrelling, aggression and rivalry to be eliminated or at least minimised – we must undertake the radical reform of education.

The introduction of the lesson ‘Development of Views’ would contribute significantly to the cultivation of critical thought among students and in the longer term of citizens. It would be similar to the debating lessons, which exist in many European schools, but with an emphasis on respecting an opposing view and developing productive dialogue.

Only then would Cypriot citizens become sceptics, challenge things, become open to new ideas and prospects and be willing to question even the values of Cypriot society, the institution of the Cyprus Republic and the history they are taught.

As an example, say that a ‘Development of Views’ lesson looked at the tragic events of 1963-64. These events are referred to by the Greek Cypriots as the “Turkish revolt” and by the Turkish Cypriots as the “Greek revolt”. In this case, the teacher would have to explain the meaning of ‘revolt’ and then, as objectively as possible, relate each side’s version of these events and leave students to decide for themselves whether it was “Greek revolt” or a “Turkish revolt”.

My view is that most students would conclude that the matter was not black or white (which is the current tendency) and that both communities had violated the letter and the spirit of the constitution; therefore, the terms Turkish and Greek revolt are both misleading. In any case the conclusion of each student would be subjective but based on objective criteria.

What we need to get into our heads is that in issues of history there are no correct answers, only documented views, which is why the teacher should not be interested in what view any student holds. In short, the teacher must be “politically tolerant”. The adherence by many teachers to the school text book drastically confines a student’s thinking and should be abandoned, because this approach forces the student to learn passages from the text by rote which numbs the mind. The good teacher engages students and encourages them to express their ideas regardless of how heretical they appear.

For the Development of Views to bear fruit, religious instruction should be replaced by religious studies, as I suggested in a previous article. Religious studies would look at religion from a secular viewpoint. This would enable students to understand a religion from the outside – not as the faithful – from its historical, sociological and anthropological perspective.

In stark contrast, religious instruction is catechism, propaganda in support of Greek Orthodoxy which promotes dogmatism while rejecting dialogue, criticism and research. Consequently, religious instruction and the Development of Views cannot not co-exist. It would be a grotesque, schizophrenic educational policy.

I fully understand the tremendous difficulties implementing these suggestions would face. On the one side we would have the super-minister of education (the archbishop) and on the other the conservatives who always oppose progressive changes. Amazingly difficult, if not impossible, in the near future, for the ship of reform to navigate between Scylla and Charybdis without being annihilated.

President Trump is now the leaker in chief

The ‘four freedoms’ lie and the president’s chair