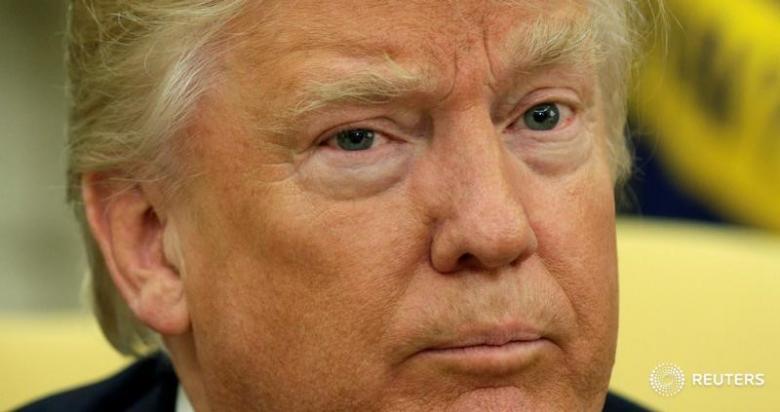 The first tweets came at 7:03 am Tuesday: Sure, he’d shared secrets with the Russians, the president wrote. Then another: “I have been asking Director Comey & others, from the beginning of my administration, to find the LEAKERS in the intelligence community….”

All he had to do was to look in the mirror.

In the West Wing, staffers must have cowered, heads spinning, waiting for the next blow. Another morning dawned in Trump World, scarier than the night before.

In the realm of intelligence, a president is a kind of king. An American secret is a secret when he says it is. If he wants to tweet out the nuclear launch codes next week, no one can stop him. But there are some limits. The intelligence he gave the Russians wasn’t his to share.

We now know from reporting that the details of a planned Islamic State operation were given to the United States by one of the few friends it has among the secret services of the Middle East – the Israelis – on the solemn understanding that the source would stay under the seal. It could not be shared with any other nation. President Trump crossed a very bright line, a dangerous one to breach.

By bragging to the Russians about his intelligence on ISIS, Trump revealed to a strategic adversary the secret work of an ally in the Middle East at a time of war. He betrayed the trust placed in the United States, one that is hard to win and will be harder to regain.

Some dare call this treason. “This is appalling,” wrote Elliot A. Cohen, a former senior State Department adviser under President George W. Bush. “If accidental, it would be a firing offence for anyone else. If deliberate, it would be treason”.

Trump’s conduct over the past week strikes at the heart of the United States intelligence community. He does not seem to grasp how it works, what happens if it fails, and why it faces disaster when a president treats it with casual contempt. The damage Trump has done to his own intelligence services, their foreign counterparts, and their relationships with the White House in four short months might take four long years to repair. If it can be repaired, that is.

As of today, it seems shattered – and that is a very dangerous state of affairs.

Trump has compared the Central Intelligence Agency’s officers to Nazis. He calls the Federal Bureau Investigation of Russian influence in the 2016 elections a hoax and a charade. He dismissed the FBI director, James Comey, sent his aides out to lie about why, then blithely told NBC News that he fired him because of the investigation’s pursuit of ties between Moscow and Team Trump. I think that this could someday be construed as an obstruction of justice, should the FBI investigation proceed apace.

Then he invites his friends Sergei and Sergei into the Oval Office to boast about the “great intel” at his fingertips. The second Sergei would be the Russian ambassador, the one whose conversations with Trump’s first national security adviser, retired Lt Gen Michael Flynn, were the proximate cause of Flynn’s dismissal.

In fact, the general now says, “The president wasn’t even aware of where this information came from.” If so – to use a damning phrase pinned on Hillary Clinton’s handling of classified information – that was extremely careless of him.

What has happened in “the Russia case” – which now includes the firing of the FBI director and, arguably, the presidential leak in the Oval Office – is not a passing political phenomenon.

A legitimate argument can be made – and some astute people are starting to make it – that the president is veering close to violating the oath of office he swore on January 20. That oath includes an implicit vow to “protect our Government against those who would subvert or overthrow it by unlawful means.”

Jack Goldsmith – a prominent White House lawyer under President George W. Bush – and his colleagues at the blog Lawfare argue that Trump’s conduct may constitute an abuse of power, an impeachable offense.

“If the President decided to write the nuclear codes on a sticky note on his desk and then took a photo of it and tweeted it, he would not technically have violated any criminal law – just as he hasn’t here,” they wrote. “Yet, we would all understand this degree of negligence to be a gross violation of his oath of office.”

“[Giving sensitive information to an adversary foreign power is] getting relatively close to the ‘treason’ language in the impeachment clauses….,” they continue. “So legally speaking, the matter could be very grave for Trump even though there is no criminal exposure.”

By leaking extraordinarily sensitive intelligence to the Russian foreign minister and the Russian ambassador, Trump risks helping enemies who would subvert the government of the United States. There is little or no chance that a hue and cry like “Lock him up” will rise in the wake of his extreme carelessness. What he did was not technically a crime. But it could have terrible consequences.

When it comes to healthcare, the French are much cleverer than the Brits