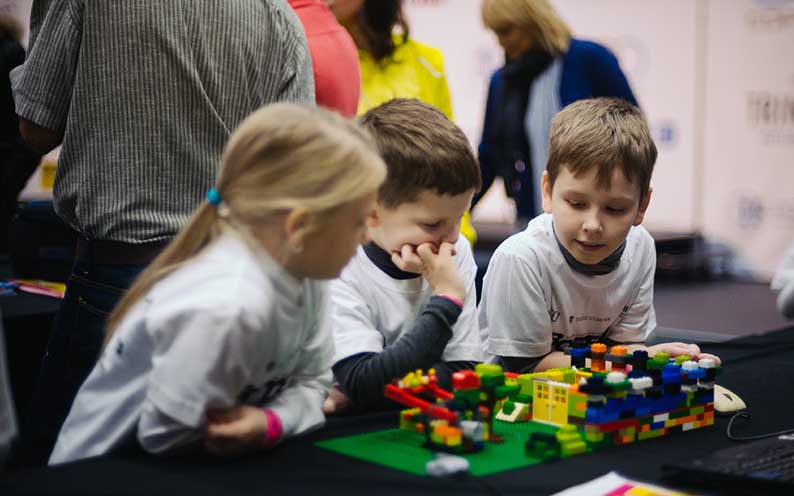 Cyprus is worryingly behind when it comes to digital skills and understanding of technology, which is why a robotics competition to be held next month is more important than you might think.

But the first Robotex challenge in Cyprus also promises to be fun.

The competition offers challenges for all age groups, from first grade of primary school to adults, but the aim is fundamentally the same: developing and displaying an understanding of robotics technology and recognising the importance of coding skills.

The youngest age group get to build a computer which should have the ability – any ability – to make a person’s life easier, and as head of the Cyprus Computer Society Panicos Masouras says there are many ideas out there.

Older children get to tackle ‘city passing’, where a robot has to navigate its way through a ‘city’ complete with a roundabout and a traffic light to arrive at a designated parking place or ‘Sumo’, two robots ‘wrestling’ in a ring until one of them is pushed out of the ring. Then there is ‘maze solving’. The winner is the one who can get to the centre of a labyrinth from a corner. Robots have to be able to backtrack if they end up in a cul-de-sac and renavigate.

There are different levels of ‘line following’ but the basic aim is that robotic cars drive through a track marked with a twisting and turning black line as fast as possible. Two robots compete alongside each other on parallel mirrored tracks.

That sounds like pretty basic stuff, if you compare it to what’s on the robotic horizon.

“By the middle of the 21st century, a team of fully autonomous humanoid robot soccer players shall win a soccer game, complying with the official rules of Fifa, against the winner of the most recent World Cup,” according to international robotics competition RoboCup.

But Cyprus is just starting out when he comes to robotics competitions, and in any case what looks rather basic is on second sight not that simple. For each challenge, there are strict rules which were developed in Estonia and which the Cyprus organisers have adopted.

Take the ‘Sumo’ challenge for example. The list of rules and regulation is 11 pages long!

The match ring area has different dimensions and is made from different materials depending on various classes. Requirements for robots vary, and classes range from a weight of 0.1 kilos to four kilos, with a variation of length, width and height.

Some people at least may in the past have tried original methods to win, at least now the use of liquids, powders, gas and inflammable materials as weapons is forbidden.

There is even a referee who has the right to start and stop movements by remote control.

Matches last three rounds and last up to three minutes, with strict rules on how points are scored. Between rounds, contestants have maximum 30 seconds to maintain their robot.

And this is just some of what the participants have to have in mind during the preparation for the event.

Each team has to buy and bring their own robot, chosen from four different platforms, local Engino, Lego, Arduino and Edison.

This is the only cost, as participation in the event is free, and not too daunting.

If the teams are using some of the ready-made robots such as Eddison then their work is purely coding.

If however they use any of the robotic platforms (Arduino, Engino, Lego, etc.) before the coding, the teams have to decide the robot configuration, whether it has three or four wheels for example.

The ‘brain’ of the robot is the microcontroller, which is capable of executing a programme and decides on the speed and direction it goes, by powering the motors accordingly.

The robots are also fitted with sensors so they can ‘see’ and programmed for a specific task coordinating all the parts using a programming language.

However, he added, other programmes could be much more sophisticated. For instance the maze challenge would require the robot to ‘remember’ where it has been in order to quickly find the maze’s exit.

Participants are aided by a coach, who has been trained by the computer society about the platforms and who must already know about robotics.

“I see my job to provide the environment for them to work on their own; I don’t plan to help with the coding,” said Paspallis.

The coach is only there for the preparation but is not at the actual challenge. This is something that the team has to do without help.

The event is modelled on the yearly ‘Robotex’ challenge organised in Estonia, the biggest in Europe.

Already, more than 70 teams have registered and more are welcome.

Participants can register free of charge for Robotex17 until May 25 and the public is invited to visit Robotex17 at the Costas Papaellinas Athletic Centre in Strovolos, Nicosia on June25.

Lions groups in bicommunal meeting in aid of visually impaired