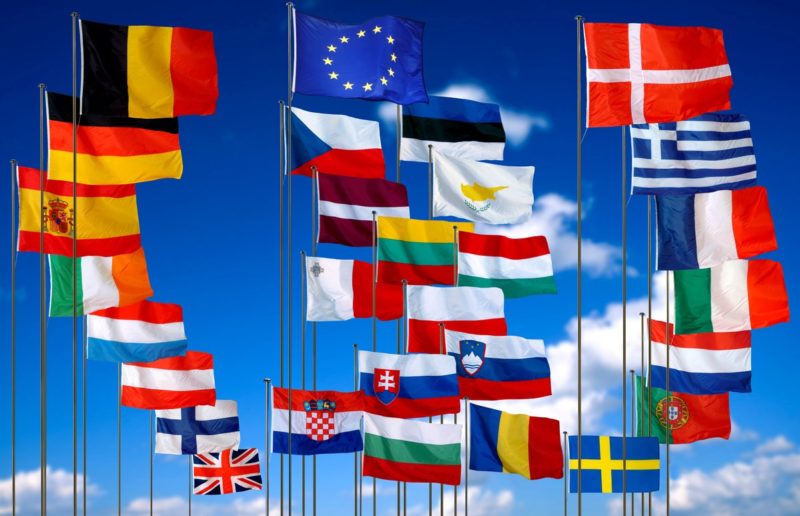 The European Commission said that Cyprus should continue its course towards fiscal consolidation and address inefficiencies in the public sector, including healthcare, education and judiciary and also address corruption in addition to resuming efforts to modernise the economy and labour market and strengthen its financial sector.

The Cypriot government which should stick to the medium term 2018 budgetary objective of generating a fiscal surplus of 0.4 per cent of economic output, as much as last year and half as much it is projecting in 2017, the EU Commission said in its country specific recommendations on its website on Monday.

The government, which is facing re-election next year, should by year-end improve the efficiency of the public sector, including the governance in state-owned entities and local administration bodies, the Commission said.

The December deadline expires a year after the parliament rejected the bulk of a bundle of reform bills prepared by then Undersecretary to the President and now Minister of Interior Constantinos Petrides, aiming at overhauling human resource management in the public sector.

“Despite having one of the euro area’s highest wage bills -as a percentage of gross domestic product-, the Cypriot public sector remains characterised by inefficiencies,” the Commission said.

As part of the reform of the judiciary, Cyprus should also take action to lift obstacles preventing the full implementation of the insolvency and foreclosure legislative framework. These became effective in 2015, as part of the reforms agreed with international creditors in exchange for a bailout aiming at addressing strategic defaults and reducing non-performing loans.

The Commission also recommends that Cyprus take action over the next two-year period to accelerate the reduction of non-performing loans, which account for roughly half of the banks’ loan portfolio and threaten financial stability “by setting related quantitative and time-bound targets for banks and ensuring accurate valuation of collateral for provisioning purposes”.

Authorities should also create the conditions for the secondary non-performing loan market to function and “integrate and strengthen the supervision of insurance companies and pension funds,” the Commission said. Further, Cyprus should improve the protection of property rights by making the title deed issue more reliable and speed up the process.

The country specific recommendations also include references to the necessity of resuming the privatisation programme, which provided for the sale of state-telecom Cyta and the government, abandoned in face of strong political and union opposition early last year. With respect to the Electricity Authority of Cyprus, which the government removed from its privatisation list a year earlier, Cyprus should split it in two by the end of 2017.

The government went ahead in late last year in the unbundling of accounts of the power producer, splitting it into one part in charge of generation and supply and another responsible for transmission and distribution, but maintaining the company as one entity.

Cyprus should also do more to help accelerate investment and improve access to finance, to increase the capacity of public employment services and the effectiveness of labour market policies as the unemployment rate remains in the double digits.

“Unemployment is decreasing but remains high, especially among young people and the long-term unemployed,” the EU Commission commented. “Plans to increase the numbers of counsellors in public employment services and improve their specialisation have not yet been implemented. Moreover, their recruitment is likely to occur on temporary contracts, therefore not addressing the challenge in structural terms”.

“There is still insufficient capacity to meet the needs of jobseekers, especially those having more difficulties to integrate in the labour market, and to put in place outreach measures for their activation,” it continued. “The impact of active labour market programmes and income support schemes continues to be constrained by limited quality assessment and follow-up measures”.

The EU commission also recommended that Cyprus, which in 2015 was the worst performer among EU countries in an international comparison of secondary school student performance, introduce a system to evaluate public school teachers.

Also, by end-2017, Cyprus should adopt legislation to reform its public healthcare sector and introduce the national healthcare scheme and so provide universal health care coverage to its citizens.

In a first reaction, finance minister Harris Georgiades said that the EU Commission was no longer demanding additional budget cuts, which was in reference to a previous position of EU Commissioner for Economic and Financial Affairs Pierre Moscovici.

“The European Commission’s recommendations with respect to Cyprus’s 2017 national reform programme are to a great extent streamlined with the government’s priorities,” he said in an emailed statement. “Undoubtedly, ensuring competitiveness and the growth prospect requires a continuous reform effort”.

Georgiades added that the Commission lists Cyprus as the third best performer in implementing the country specific recommendations, right behind Denmark and Finland.

Germany, Luxembourg and Slovakia are considered the worst performers, according to the document forwarded to the press by the finance ministry.

The finance minister added that the Eurogroup, the euro area finance minister body, noted that Cyprus is on a recovery course, supported by stronger employment, consumption and investment figures, and added that growth is forecast to continue over the next two-year period.

James Corden delivers tribute to the ‘Manchester I know’

Spokesman: Anastasiades’ proposal is a way to avoid deadlock (Updated)