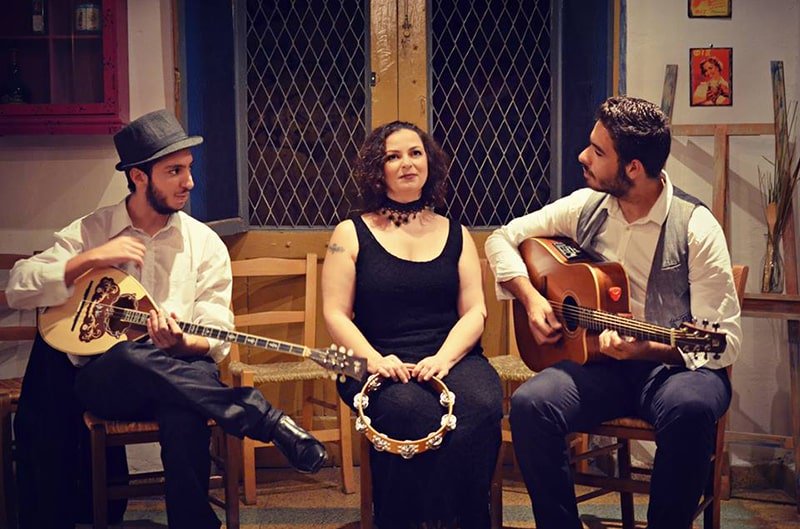 The Zaatar Food and Arts Project in Nicosia constantly serves some of the best Lebanese food in the capital and this week it will also be serving up a line of events to keep us entertained.

Starting tomorrow the restaurant will host the band Fa-Trias, who will present a music and dance tribute to a great diva of rembetiko music Roza Eskenazi (whose career lasted from the late 1920s to the 1970s) and the famous Greek belly dancer of that time Boubouka Pappas – who became well known in the 50s and 60s due to her appearances in several movies.

Fa-Trias are well-known to those who love rembetiko and are Marios Georgiou on bouzouki, Andreas Leonidou on guitar and Anna Mosfili on vocals, percussions and who will also be doing some of the dancing. Joining Mosfili in the dance part of the evening will be Elisavet Pieri.

The restaurant will be back with a music event on Friday when local composer and classical guitar player Dimitris Regginos will amaze with his performance dedicated to Cypriot composers. His repertoire will include Cyprus Rhapsody composed by the guitarist, Studies 9 and 10 by Kemal Belevi, Etudes on Aphrodite by Evagoras Karageorgis, Asherombasmen, Ta Mmathkia ta Yiallouritka and Aspron Trantafyllon by Faidros Kavallaris, Sketches for Guitar by Giorgos Karvellos and more.

Regginos has had an active international career since 1996 having performed in Cyprus, Greece, Bulgaria, Yugoslavia, Russia, Ukraine, Belarus, Lithuania, Estonia, Ireland, Spain, France and Japan. He is the first prize winner of the International Guitar Competitions of Volos, Greece, Kutna Hora, Czech Republic and Tokyo.

He is frequently invited to perform and give masterclasses at International Guitar Festivals. He has premiered works by composers such as Gregory Nemirovsky, Faidros Kavallaris, Nicos Troullos, Constantin Papageorgio, Marios-Elia Ioannou and Kemal Belevi on numerous occasions.

As well as being a guitar pedagogue and a soloist, Regginos has also released four CD recordings. These are Chamber music with guitar – works by Cypriot composer Kemal Belevi – Recital – works for solo guitar – Kypriaka Erotika – works for solo guitar by Cypriot composer Faidros Kavallaris – and Tradition and Music, with violinist Menelaos Menelaou.

The theme of music continues on Sunday with a screening of the documentary The Cypriot Fiddler by Nicoletta Demetriou at 7pm.

Demetriou is a research fellow in Ethnomusicology and Life Writing at Wolfson College, Oxford and in 2005 when she was doing fieldwork for her PhD she returned to Cyprus to do a series of interviews with elderly folk musicians. These interviews led to a glimpse of a life that used to be and the realisation that although the music had been recorded and transcribed, the stories behind the people who played it had not.

The 77-minute, crowd-funded documentary captures the culture of the past and, by doing so, has preserved the fiddlers’ profession for current and future generations to get to know.

Manchester blast: What we know

Katy Perry to get $25 million to judge ‘American Idol’