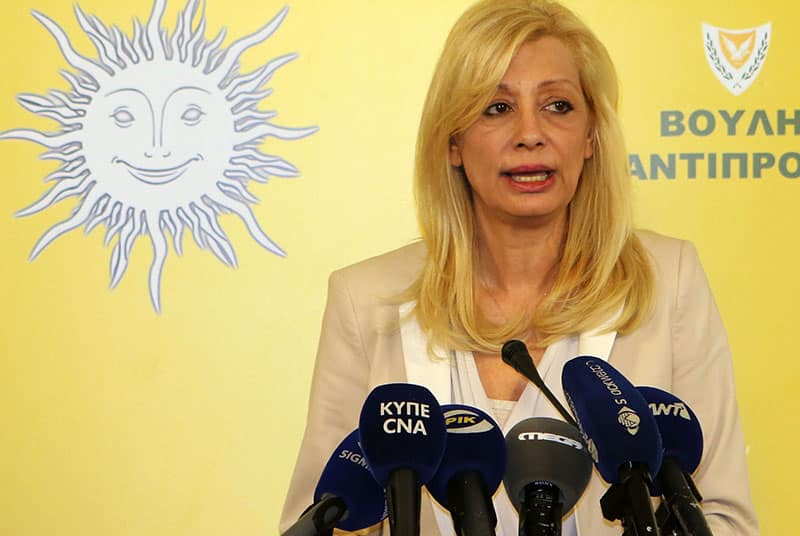 The Social Insurance Fund (SIF) is viable until the year 2080 and people shouldn’t worry about their pensions, labour minister Zeta Emilianidou reiterated on Tuesday.

At the same time Emilianidou sprang a surprise on lawmakers, telling them the government is now considering incorporating the investment of reserves from the SIF into the mooted National Investment Fund, which will manage proceeds from hydrocarbons.

The House labour committee had asked the minister to brief them on the results of an actuarial study into the viability of the SIF.

Emilianidou was citing the latest actuarial study done in 2014 – which says the fund will have accumulated reserves of over €100bn.

In parliament, lawyer Michalis Paraskevas – known for his prior refusal to pay his social insurance contributions as a form of civil disobedience – panned the ministry’s projections.

Paraskevas questioned the reliability of the actuarial study into the SIF, mentioning by way of example that even the International Monetary Fund got their figures wrong when dealing with Greece’s debt.

The lawyer had refused to pay social security, citing the alleged ‘haircut’ of the SIF – in effect robbing people of some €7.5bn – on the instructions of the troika.

He and others have set up a non-profit NGO with the task of monitoring the SIF’s revenues and proposing ways of sound and transparent management of the fund.

The stated purpose of the repayment was to create “actual reserves” that could be invested.

To date, it’s understood that only two instalments have been paid, one in 2009 and the second in November 2010.

MPs meantime have drafted a bill whereby the fund’s reserves would be managed by representatives of unions and other organisations and elected persons.

The legislative proposal – sponsored by Greens MP George Perdikis – provides for the establishment of a 19-member management committee, where nine of the members would be appointed by the government and the rest appointed by the insured parties.

But Emilianidou opined that this bill was unconstitutional. She moreover stressed that the fund’s reserves – coming to €1.2bn – have a bearing on public finances (they are counted toward the public debt) and as such cannot be managed by trade unions and other non-government organisations.

Currently, investment management of the SIF is the responsibility of the finance minister.

Emilianidou then informed MPs that in recent correspondence with Finance Minister Harris Georgiades the latter proposed that management and investment of the SIF’s reserves be incorporated into the National Investment Fund, a bill on which is currently pending before parliament.

This was news to legislators, who saw the minister’s proposal as a smoke-and-mirrors manoeuvre to avoid accounting for the €7.5bn hole in the SIF as a result of successive governments borrowing from the fund.

“This amount (€7.5bn) is not lost, whenever the SIF needs it, the state must and should pay it back,” Emilianidou responded, assuring MPs that the money has been invested.

But the Greens’ Perdikis was not buying it.

“The story that came out today is like something pulled out of a conjurer’s hat. Instead of explaining what they have done with the €7.5bn, they are creating confusion,” he said.

Edek deputy Elias Myrianthous said the state is paying almost zero per cent interest on the money it borrowed from the SIF, whereas the government is asking for between 3 and 4 per cent on treasury bonds.

Therefore the state should pay the same rate for the money it borrowed from the fund, he added.

Reasons for optimism in construction sector